Very Smart Republicans: A Deal Between White House And House Might Need Democratic Votes To Pass 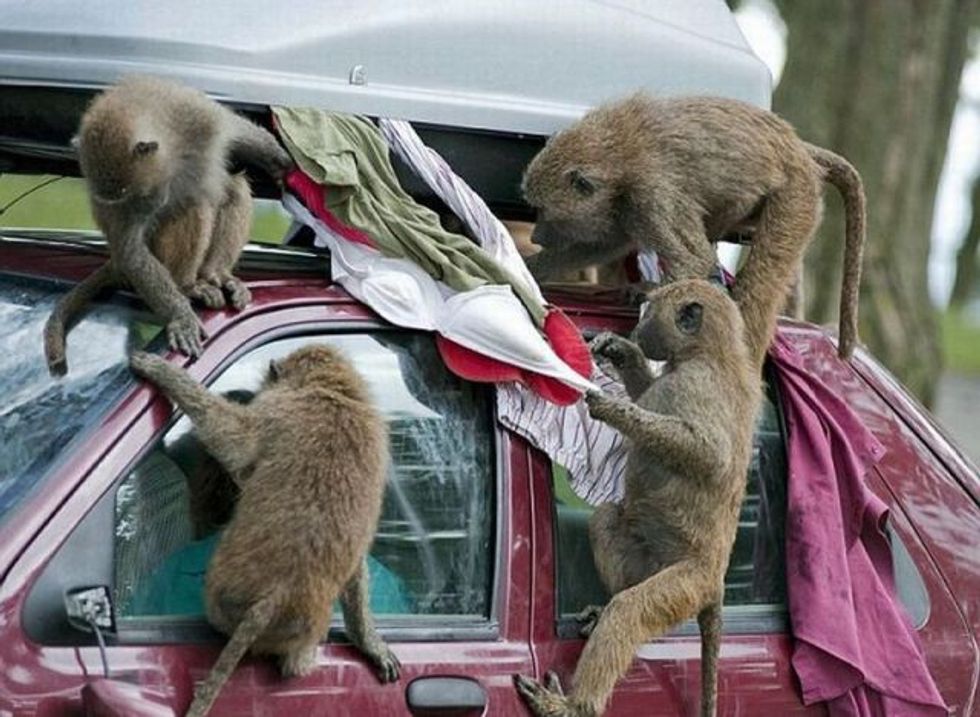 Do you know who is very smart? Tea Party congresspeople. Here are some of them moving their lips, with syllables and words coming out to form sentences, about the "fiscal cliff" or whatever, who cares, boring:

“If he [Boehner] caves [on fiscal cliff negotiations], he’s going to have to get it passed with a lot of Democrat votes,” [Louisiana Rep. John] Fleming told Breitbart News after the press conference. “So, just like with the continuing resolutions, there’s anywhere from 40 to 80 to even 100 members on the conservative side who just simply vote against it, so it [a deal] gets passed only with Democrat help.”

Do you know when those words, in that order, would be anything remotely like "news"? If both houses of Congress and the Executive branch were all controlled by Republicans. Like, does our buddy John Fleming think a Democratic president would not get Democratic votes on his deal? Presumably so, since obviously the only "compromise" is "cave to the GOP House entirely," the same "compromise"John Boehner denies floating: permanent extension of the Bush tax cuts on the top two income brackets, and the White House coming up with a list of spending cuts the GOP finds satisfactory.

This all comes to us courtesy of star Breitbart reporter Matthew Boyle, who apparently is too busy tweeting about the need to fire John Boehner to properly structure his stories, and who clearly is no longer getting the editing he needs, in "A SECOND WAVE: TEA PARTY LEADER SAYS 'YOU AIN'T SEEN NOTHING YET'." This 1,300-word expose on how the Tea Party is awesome is actually a transcription of a press conference by a bunch of wingnut congressmen bitching about the debt, and yet it leads off with a quote by the "president" of TeaParty.net about how we "ain't seen nothing yet!" (Also, the title!)

Kentucky Sen. Rand Paul: "I know of no other way to stimulate the economy than to leave more money in the private sector."

Georgia Rep. Paul Broun: "The government has too much money."

Louisiana Rep. John Fleming: "I know I’m to the right of the Speaker. But, there are people [in the House Republican conference] who actually fall to the left of the Speaker. His [Boehner’s] job is to move that dial back and forth until he gets 218 votes, even if he has to go to Democrats to get it.”

Texas Rep. Louie Gohmert: "I don't have a lot of rich friends."

Anyway, TEA PARTY! Greatness! Never give up, never surrender! One half of one branch of government must go to its death making sure everyone does everything its way all the time forever because democracy! Fire John Boehner probably! Matthew Boyle! Derp!