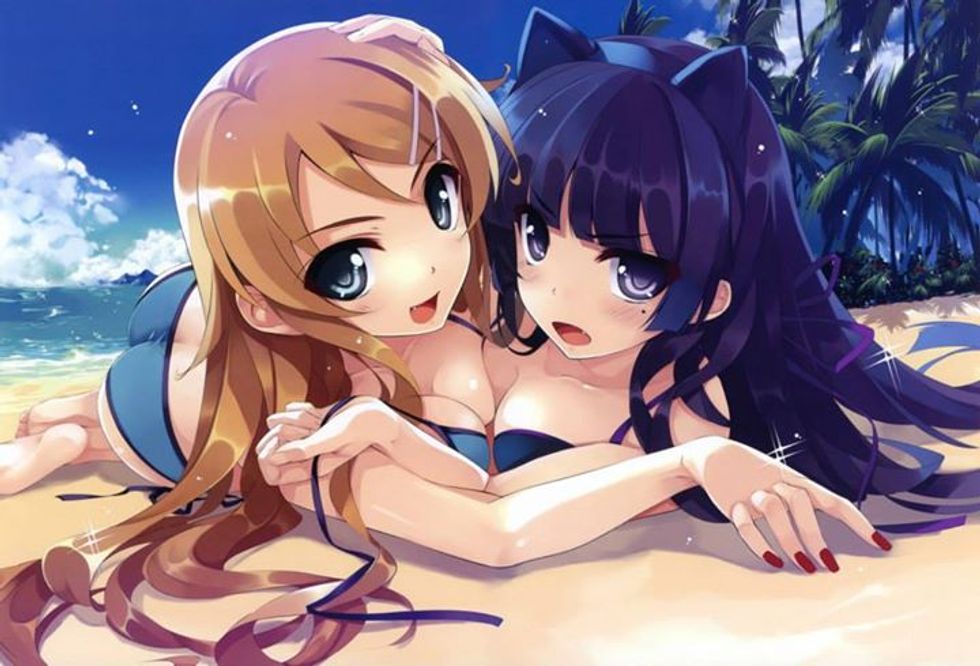 Remember way back at the beginning of theBrand New War, last week, when Greg Gutfield and Eric Bolling had a great big larff over the fact that a lady flew a fighter jet for the United Arab Emirates? Gutfield said that after the lady fighter pilot dropped her bombs, she couldn't park her plane (Women!), and Bolling asked, “Would that be considered boobs on the ground?”

Good times, the early days of that war, but then Bolling apologized and was very sorry, twice even. Somehow, even that second apology wasn't enough for some American military veterans, who wrote an open letter to Fox explaining why reducing accomplished fighter pilot Major Mariam Al Mansouri to just a couple of glands covered by her flight suit is not OK. In essence, they were just not amused by all that immature tittering by the boobs at Fox, so they pelted them with tomatoes and said nay, nay, you shan't get away with this. Yr Wonkette, for one, is glad to see they nipped that nonsense in the bud.

The letter pointed out that ladies have been flying warplanes since forever, going back at least as far as the WASPs (Women Airforce Service Pilots) of WW II, who ferried planes from factories to fields in Europe so that menfolk could be freed up to fly combat missions, and reminding the network that while they were pooping their pants on 9/11, Lt. Heather 'Lucky' Penney took to the skies in her F-16 in an attempt to stop United Flight 93 -- even though her plane had no ammo or missiles. She was ready to crash into the passenger jet to keep it from hitting another ground target in Washington DC. (Incidentally, such a mission would also be an excellent use for Mssrs. Bolling and Gutfield, should the need arise.)

The veterans aren't going to let Fox fall back on the "only joking" excuse, either:

And before you jump to the standby excuse that you were “just making a joke” or “having a laugh,” let the men amongst our number preemptively respond: You are not funny. You are not clever. And you are not excused. Perhaps the phrase “boys will be boys” -- inevitably uttered wherever misogyny is present -- is relevant. Men would never insult and demean a fellow servicemember; boys think saying the word "boobs" is funny.

Finally, the letter emphasizes that "by offending an ally and cheapening her contribution, you are actively hurting the mission," and argues that "anyone, male or female, who will stand up to ISIS and get the job done is worthy of our respect and gratitude." It closes by dismissing the apologies offered by Fox as "contrived and insincere," and offers a genuine apology to Major Mansouri on the behalf of real military men and women, who know a thing or two about the realities of war and sexism:

Major, we're sincerely sorry for the rudeness; clearly, these boys don't take your service seriously, but we and the rest of the American public do.

Yr Wonkette agrees wholeheartedly, and promises that from now on, we will only make gratuitous boob jokes when we can't think of anything else.