Victoria Jackson Only Half As Crazy As Fox Made Her Look, Still Pretty Crazy 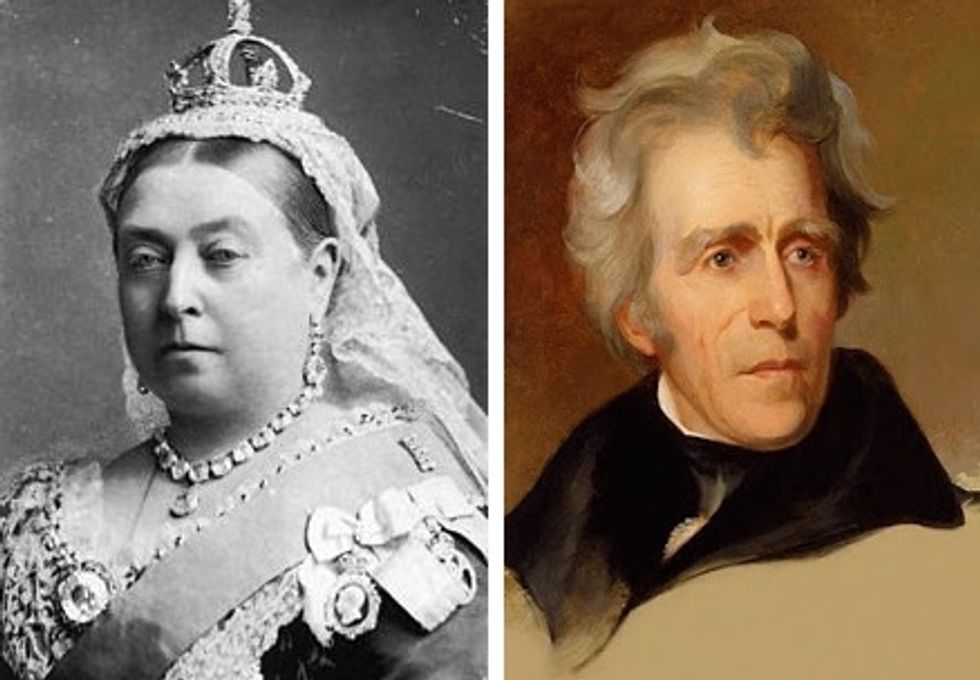 Hey, remember how we wereyukking it up yesterday about Victoria Jackson's very strange appearance on Bill O'Reilly's Television Freakshow, where she talked about how she's worried that communists are going to kill her and all Christians? WELL! In an article that was briefly posted to then deleted from her website -- but not before it was reposted on a tea party site -- Jackson claimed that the segment had been deceptively edited to make her seem unhinged. WE KNOW, RIGHT?

Why did the article disappear from VictoriaJackson.com? We have no idea! It included a video of the O'Reilly Factor segment, which was deleted by YouTube at some point on Thursday, so maybe that's it? In any case, Jackson claims that the most bizarre statement in her conversation with O'Reilly is the result of malicious editing. In the version that ran Wednesday on Fox, Jackson appears to fear imminent Death by Commie:

I’ve been very involved, and my passion is because [I don't...] I’m gonna die soon, because the first thing they do is they kill the Christians or persecute them or jail them, and I taught them to believe in Jesus and I don’t want that to happen to them.”

We noted that strange hanging "them" yesterday, and Jackson's blog post at least provides a plausible explanation, although she acknowledges that she's paraphrasing:

Wrapping up my segment, I said, “I’m passionate about this (politics) because I’m gonna die soon, but my kids will be here and I don’t want them to grow up in a Communist country, that kills or persecutes Christians, because I taught them to believe in Jesus Christ.” Something like that. Fox News edited out the reference to my children so it sounded like I was saying I thought I would be killed by the communists in our government. This exaggerated my thought, making me sound paranoid or goofy.

And the video kinda-sorta-maybe could back her up, a little? Roll 212!

If there's any editing in there, it would be around 3:23 to 3:28. We played it over several times -- feeling very Gene Hackman in The Conversation -- and you know what? It's impossible to tell if she's just kind of incoherent, or if the tape is spliced, but we're kind of leaning toward an edit right between "I’m gonna die soon" and "because the first thing they do is they kill the Christians." And it does seem sort of convenient that during that maybe-edited bit, it's Jackson's voice over stock video of tea party rallies, and only after the (possible) edit do we see Jackson in the studio again. And a deleted reference to her kids would make that "I taught them to believe in Jesus" fit into a plausible context, too.

So count us convinced! We'll agree that it's probably deceptive editing! Of course, there's still the teensy problem that, even without the edit, what we have here is a grown human being fretting that her children will be murdered by the communists who she is still quite certain have taken over the U.S. government. It's not exactly a huge vindication of her credibility to learn that she only expects the commies to start genociding Christians in a few years rather than not tomorrow. And her bug-eyed facial contortions. Still paranoid, still goofy.

After insisting that this is a realistic fear -- "first a government ridicules a people group" and then they move on to persecuting and killing, she says, and "this is well documented in the history of communist countries" -- she closes with a pretty keen analysis of her credibility problem:

The bow was just to lighten up the seriousness of it all. Doe!