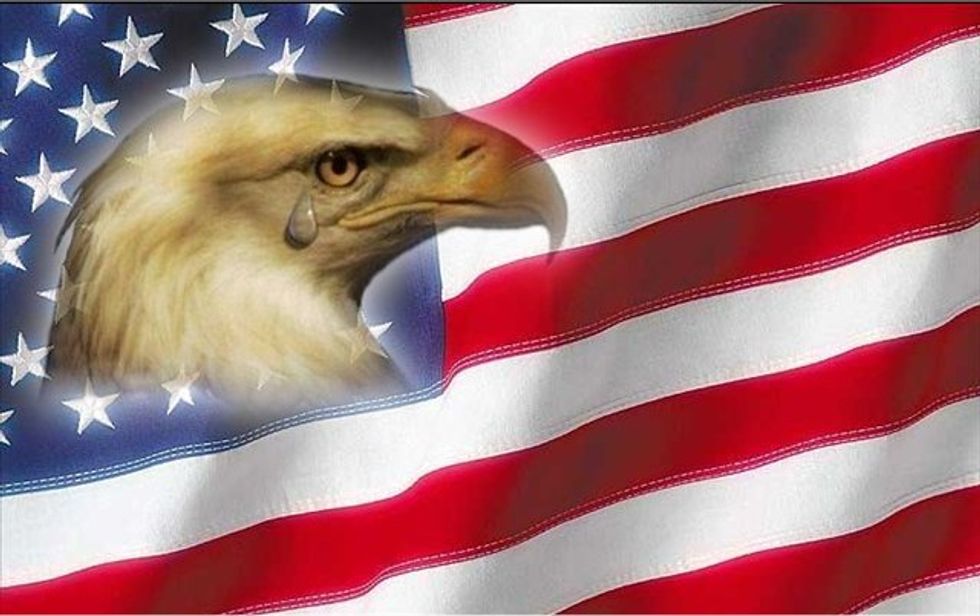 Sad, sad, sad news out of the great state of Tennessee, where two Wonkette favorites went down to defeat on Thursday in their campaigns for public office. Get out your hankies, people, for today we weep for comedy and for America.

First, one-time comedy star and ukulele enthusiast Victoria Jackson lost her bid for a seat as a Williamson County Commissioner. We had been so excited when she announced her campaign, too. If Jackson had won, we could have looked forward to a rollback of both Agenda 21, which as you know is the secret UN plan to implement one-world sharia law, and also the end of Common Core, at least in Williamson County schools, because who needs educational standards? Alas, V-Jack came in third in the voting, and now Judy Lynch Herbert and Betsy Hester will take Jackson's rightful place and another place on the County Commission.

By the way, Williamson County has twelve districts and V-Jack was running in District 2, so we guess now she’ll have to get a job as a stonemason or blacksmith. Unless she wants to volunteer as tribute.

If you have any tears left, please shed them for Stacy Campfield, who lost the Republican primary to retain his seat in the Tennessee General Assembly. Campfield lost to Knox County Commissioner … sorry, did we say lost? We meant Campfield was crushed like a bug against the windshield of a Ford F150 doing 100 mph down I-40 by the juggernaut that is Knox County Commissioner Richard Briggs, who collected 67 percent of the vote to Campfield’s measly 28 percent. That’s quite a margin of defeat for an incumbent.

Longtime readers know that Campfield had a history of being an embarrassment to not only his constituents, but also to the state of Tennessee and all sentient lifeforms in the universe. His career reached its apotheosis this past December when he received the coveted Wonkette Legislative Shitmuffin of the Year Award for his excellence in being a total shitmuffin. Is this prestigious honor what finally pushed the voters to boot him out of office? On one hand, it is impossible to say for sure. On the other hand, yes.

Campfield, in a fashion befitting the greatest of shitmuffins, published this on his Blogspot-hosted blog in lieu of a concession speech. Stacey, yr Wonkette salutes both you and Ol’ Blue Eyes. You will be missed.

Elsewhere in Tennessee, Lamar Alexander won his primary over a Tea Party opponent, despite the fact that Alexander has been dead since 1991. Nonetheless, he will be heavily favored to win re-election to the Senate this fall.