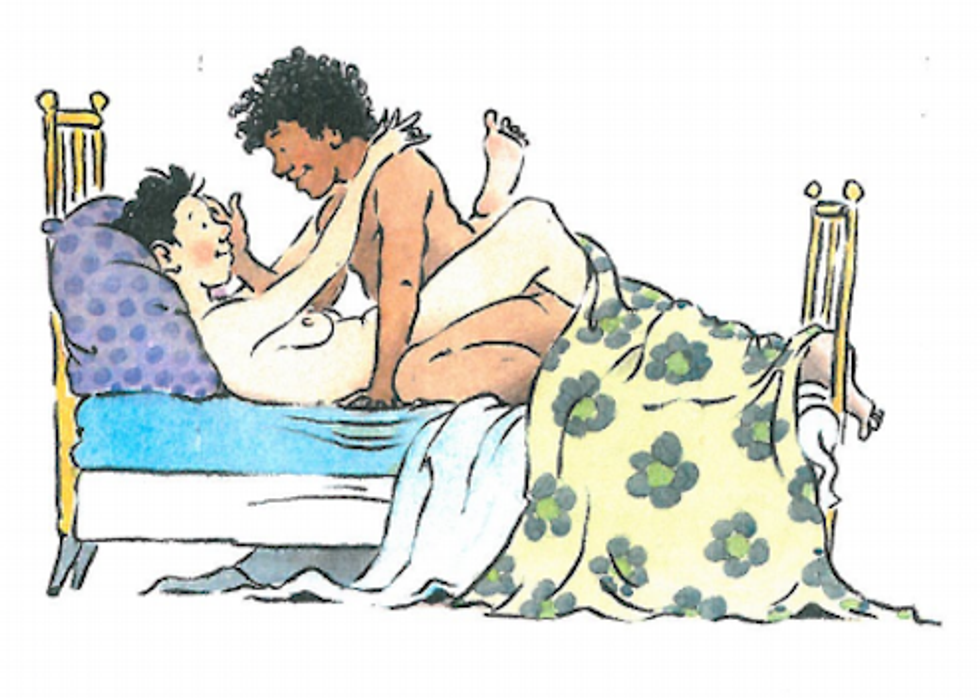 Some months ago, our dearly departed Doktor Zoom, who apparently thinks he can take personal days just because we told him personal days don't roll over and he should take some personal days, brought you the hilarious story of Victoria Jackson's crusade against tiny cartoon genitals in the 20-year-old book It's Perfectly Normal. We get a lot of larfs at Miss Jackson's expense, but it's just Victoria Jackson, right? RIGHT?

Well not anymore! TruthRevolt, the website from the prodigious brain of ball of smegma Ben Shapiro, breathlessly reports that ANGRY PARENTS are ANGRY about tiny cartoon genitals in a 20-year-old book, which -- please, pregnant ladies, leave the room -- has ALSO BEEN ENDORSED BY PLANNED PARENTHOOD.

Parents with kids in Francis Howell School District of St. Charles, Missouri, have lashed out in protest over the district having a crudely inappropriate sex-ed e-book available in their libraries.

The book, titled "It's Perfectly Normal," has outraged some parents for having cartoon drawings of naked people and graphic depictions of couples having sex.

Oooh, fuckin' sweet. Let's look at that some of that hot hot cartoon action!

Oh yeah, that's the stuff. Actor212 will be in his bunk. But is there more? Fuck yeah. Look at this girl with her hand in her bad place.

What the hell, whore?

Or this guy, wanking it like a fucking chimpanzee.

Yeah, sure. It's perfectly "normal." Well not to these hero parents (and Ben Shapiro) it's not! By the way, did you know the book also discusses AIDS without calling it God's punishment for gay, and too discusses shmashmortion without explaining that it is a slavery holocaust of precious babbies?

Ben Shapiro is a father now. We are sure his baby girl will be raised correctly, in the understanding that God will rain hellfire on her if she ever diddles Satan's Bean.