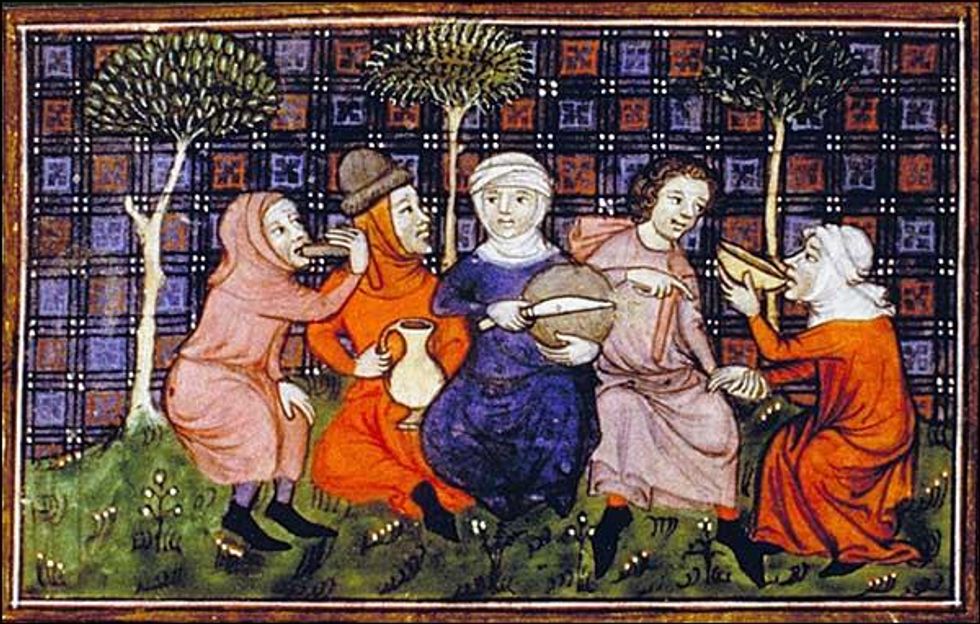 In our "Say Whaaaaat?" basket this afternoon, we have this oddness: The Virginia Family Foundation has announced "40 Days of Prayer, Fasting and Repentance," but hastens to add that participantsdon't actually have to give up eating. As the nice people at the UK-based Pink News point out, this seems a bit odd, somehow:

But it's totally going to be a big-time God-A-Palooza, with prayers, and repentance, and miracles, and it is bound to totally murder marriage equality, since God is of course on their side, and you'd think He'd have already nipped this stuff in the bud by now, but maybe one more round will do the trick. If you want to be the VFF's BFF, the whole shebang starts August 27 and is timed to culminate right before the Supreme Court starts its new session in October. And actual fasting isn't necessary, since it's the thought that counts:

“We are asking the entire Body of Christ to join us for this feast -- giving up physical food isn’t necessary -- but feeding on the spiritual food provided is vital.”

This "no sacrifice" fasting really sounds like a pretty cool way of going about things, and we're looking forward to the group's revision of the Gospels in which Jesus merely gives serious consideration to dying for our sins.

Also, because these are the sort of folks who are into making seriously creepy videos with mystic echoey voice effects, we would feel seriously remiss if we didn't share these four minutes of magnificent idiocy with you:

We're especially fond of the soft-focus shaky-camera shot at 2:48, which looks like something out of a Meat Loaf video (But we won't do that). Or how about this graphic, where the intent is to make the "o" in "Holy" out of a pair of wedding rings... but if there's any force more powerful than God, it's kerning, and so the thing looks like it's saying that God Is HOOLY:

Also, God just keeps refusing to get off his duff on this issue, seeing as how the U.S Court of Appeals for the 4th District just tossed Virginia's ban on marriage equality. Too Bad, So Sad.