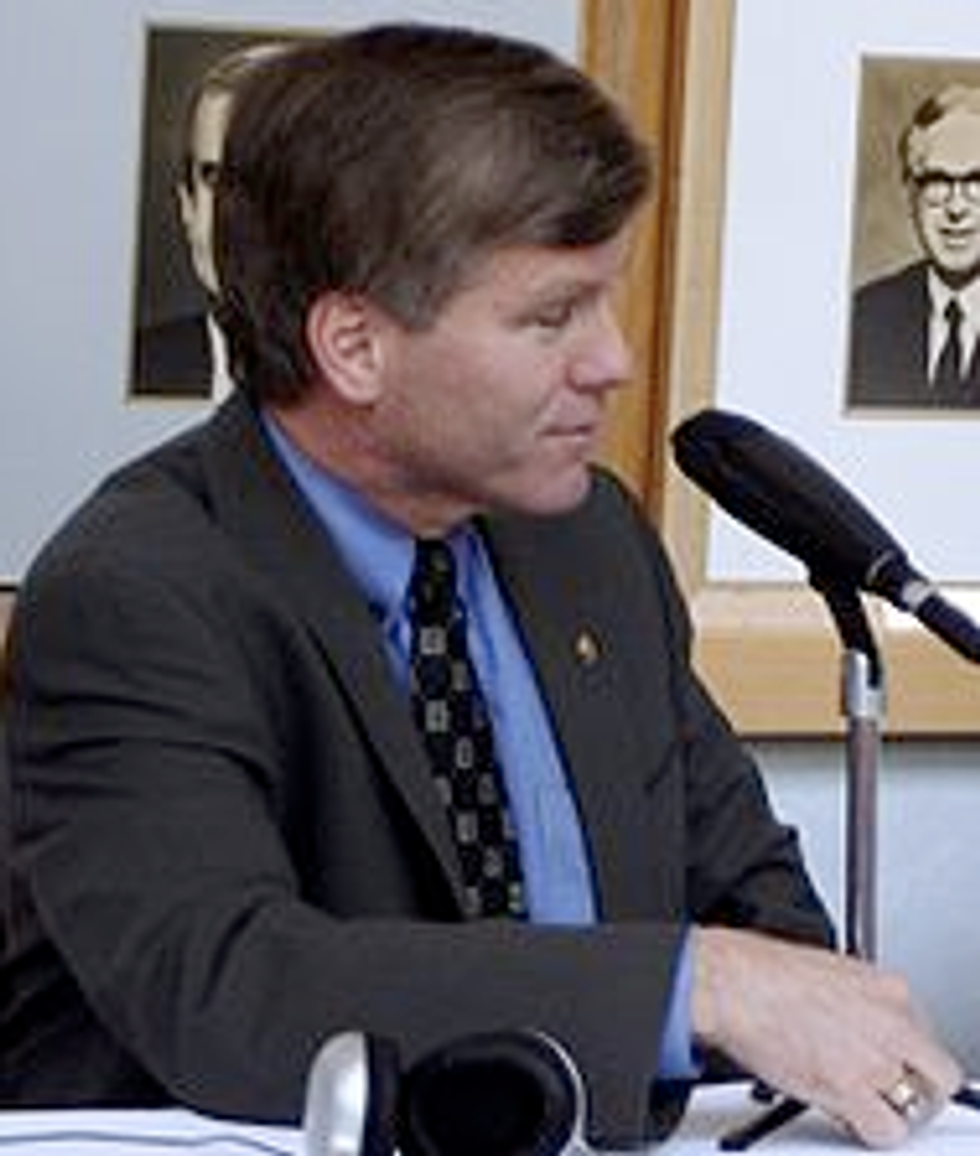 McDonnell didn't take too kindly to feminists in college, especially not employed feminists, who bitch about equal pay and then use their riches to buy condoms in order to have hypersexualized types of sex. In other words:

He argued for covenant marriage, a legally distinct type of marriage intended to make it more difficult to obtain a divorce. ... [H]e criticized federal tax credits for child care expenditures because they encouraged women to enter the workforce.

"Further expenditures would be used to subsidize a dynamic new trend of working women and feminists that is ultimately detrimental to the family by entrenching status-quo of nonparental primary nurture of children," he wrote.

He went on to say feminism is among the "real enemies of the traditional family."

Sagely, McDonnell is now characterizing the college paper as an "academic exercise." This is intended dissuade you, the crying woman, from reading too much into it, as you are wont to do.