Virginia Journalist Killer Was Black Man, And Wingnuts Are ON IT 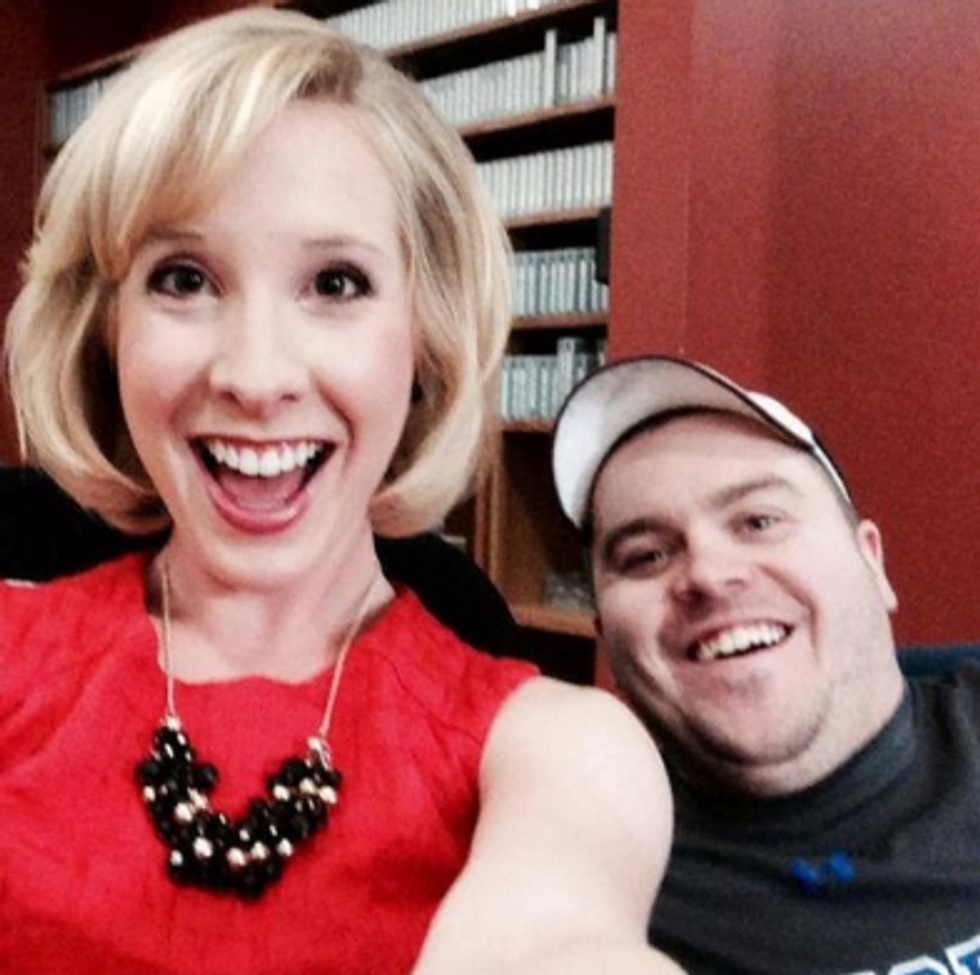 The victims were white, and the suspect was black, so ... race war, obviously

By now, you've heard the gruesome news, unless you work at a bar and you're just now getting up. A disgruntled former employee of WDBJ-TV in Roanoke allegedly carried out a plan to murder two of his former colleagues, Alison Parker and Adam Ward, on camera as Parker was doing a fluff interview about tourism. Suspected gunman, Vester Lee Flanagan II (or Bryce Williams, when he was on camera), posted his crimes on social media, and then he shot himself. He's reportedly in critical condition. [NOTE: Police report he died at around 1:30 PM ET.]

But there's one detail the liberal media is obviously leaving out, and that is did you hear the shooter was black??? No, like, we get that news stations and websites across the country are showing pictures of the gunman, but wingnuts are not sure you understand. Do you not see that he was BLACK? Help us, Breitbart!

Then, perhaps after an editorial meeting in the Breitbart version of Slack ("Ben Shapiro's Racist Virgin Stitch 'n' Bitch," probably), they decided they ought to change the headline, not to make it less racist, just to make it pop more we guess:

Numerous sources report that Vester L. Flanagan has been identified by Virginia police as a person of interest in the double murder of WDBJ reporter Alison Parker and cameraman Adam Ward. Social media accounts identified by numerous news outlets as belonging to the suspect point to a possible racial motive. Flanagan is black. Parker and Ward were both white.

First paragraph! Got it. Flanagan was a black. Let's look at paragraph deux:

Apparently Flanagan is a former reporter of WDBJ who used the on-air name Bryce Williams. CNN’s Drew Griffin reported that Flanagan “has a history as a disgruntled employee.” Griffin said that Flanagan sued a former employee for racial discrimination.

Now, HuffPost reporter Elise Foley tweeted this picture of a bunch of OTHER Breitbart headlines about the mass shooting committed by known white person Dylann Storm Roof, noting that not a single one of them mentioned Roof's race, but that is unfair, and she should not do reverse racism to Nolte and his Breitbart jerk-off circle buddies like that:

All right, John Nolte is a stupid fucking troll, let's see what other racist fantasies wingnuts are jizzing all over their moms' Christmas sweaters. Oh look, it is the Second Stupidest Man On The Internet, Jim Hoft AKA Gateway Pundit, who confirms earlier reports that the shooter was black:

Ah, so he was not only BLACK but he was PLAYING THE RACE CARD. Now we're getting somewhere! Hoft posted screengrabs of tweets from Flanagan's now suspended Twitter account, to show that the suspect was a black, and mentioned being a victim of discrimination, and thus probably committed these murders for reverse-racism reasons.

Now, you might be thinking, okay, but yes, he DOES seem to be saying racial things, but you have to understand that these sorts of details affect wingnuts differently from how they affect decent Americans. Wingnuts are quite sure that when the gunman is white, it is impossible to know his motive, even when he says, "I did this because racism," but even then, we cannot really know for sure. It's so much simpler when the shooter is black, because then that is the obvious and only reason.

Okay, fuck you in the stump, Jim Hoft, let's look for somebody else.

We checked the NRA's Twitter feed and website, just to see if maybe they did a press release clarifying how when they picture "a good guy with a gun," they see white people in their minds, and this is different, but instead were greeted with the tumbleweeds, which tend to orbit Wayne LaPierre's scrotum in times like these.

Now what is HI-larious about that one is that what follows is basically a straight news report that doesn't even use the word "black." The site posted the same Twitter rant fuckass Jim Hoft did, but merely refers to it as a "work-related rant." Guess they assume their reader(s) already understand what they're reading from the headline. (RACE WAR, readers, RACE WAR!!!)

And why, not, let's click this FreeRepublic thread, just to see if they, oh yes, they are well aware Flanagan was black, glad somebody let them know. And just so their readers can find the thread good and easy-like, they helpfully tagged it with words and phrases like "blackkk," "blackliesmatter," "racism," "reparations" (!!!), and of course, "white privilege." And here are a few of the Freepers' genius comments:

"Can we now take down all those racist 'Black Lives Matter' signs that sent this guy over the edge?"

"Now if it had been a disgruntled white former employee that popped a black reporter......Fergucide the town. Nothing to see here, move along."

"Maybe after we take down all MLK monuments and street names, then we can heal from this racist act."

"He was forced by evil white police pressure to kill himself, he was only seeking justice for being fired because he is black... CrazyMurdingBlackLivesMatters"

And now we are bored with this activity and would like to write about how it is National Lady Voting Day or National Puppy Dog day or something, so let's just summarize what we've learned:

Thanks, wingnuts! Can always count on you to help us decipher the news.