Virginia Kills Judge's Nomination Because He Acts Like He Is Married ... To A Man! 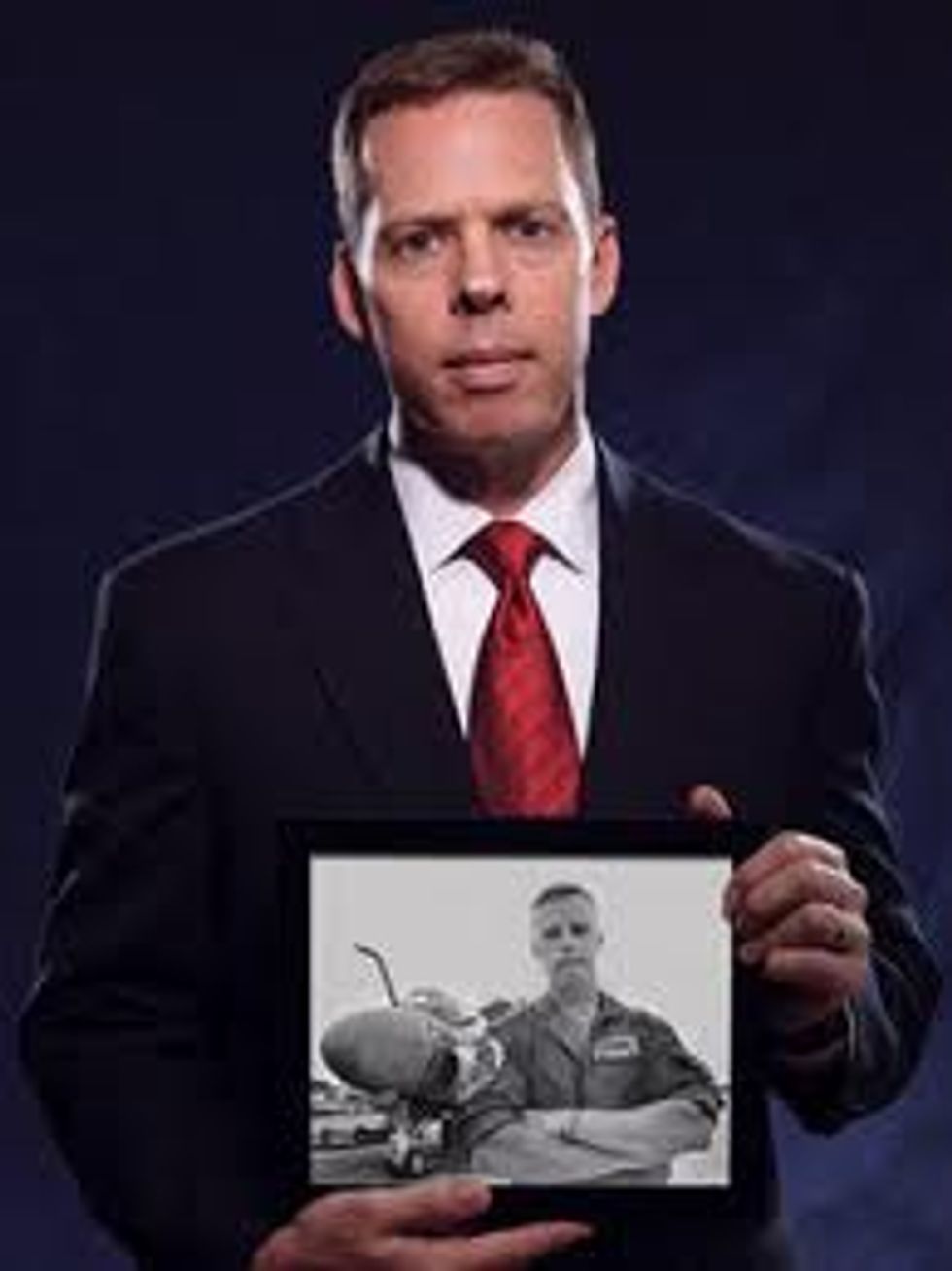 Did the commonwealth of Virginia kill the judicial nomination of Tracy Thorne-Beglandbecause he was gay? DON'T BE RIDICULOSE! No, it is just because as a gay naval officer he was outspoken against Don't Ask Don't Tell! And also because he acts like he is married ... to a man!

“He holds himself out as being married,” said Del. Robert G. Marshall (R-Prince William), who is running for U.S. Senate. Noting that gay marriage is not legal in Virginia, he said that Thorne-Begland’s “life is a contradiction to the requirement of submission to the constitution.”

“I would guess — law of averages — we’ve probably nominated people who have homosexual inclinations,” Marshall said. Marshall faulted Thorne-Begland for coming out as a gay Naval officer on “Nightline” two decades ago to challenge the military’s now-repealed ban on gays openly serving in the military. He said that amounted not just to insubordination, but to a waste of taxpayer dollars, since it resulted in his dismissal from the Navy.

Whew, we are glad Robert G. Marshall cleared that up for us! It is not Thorne-Begland's homosexy inclinations that prevented him from even getting anything close to 51 votes in the House, or being given any vote at all in the Senate, it is because he was an early opponent of a thing that is now not the law! Also, he has adopted children! But it is not like he was singled out, right?

Thorne-Begland was the only one of more than three dozen judicial nominees -- including 10 others from the Richmond region -- who was not elected to a judgeship following a marathon legislative session dominated by review of amendments to the two-year state budget proposed by Gov. Bob McDonnell.

But we were wondering more about Robert G. Marshall because of Your Editrix's worry that he might be related (she comes from the Virginia John Marshalls what invented Judicial Review, which doesn't exist NOBAMA!!!) and found two terribly interesting items: A) Robert G. Marshall is against abortion (duh) along with ANY KIND OF BIRTH CONTROL. And B) After Don't Ask Don't Tell was repealed, the good delegate sponsored a bill to prevent gay servicemen and ladies in the Virginia National Guard, because "he [was] worried about service members catching sexually transmitted diseases from gay troops." Also? "It's a distraction when I'm on the battlefield and have to concentrate on the enemy 600 yards away and I'm worried about this guy who's got eyes on me." It's true. None of the gays can keep their eyes from raping Ol' Sweet-Bottom Bob! Have fun with your next US Senator, Virginia! YEEHAW! [WaPo/TimesDispatch]