Virginia Republican Bets Gov. Might Appreciate Guns More If We Let Someone Shoot Him 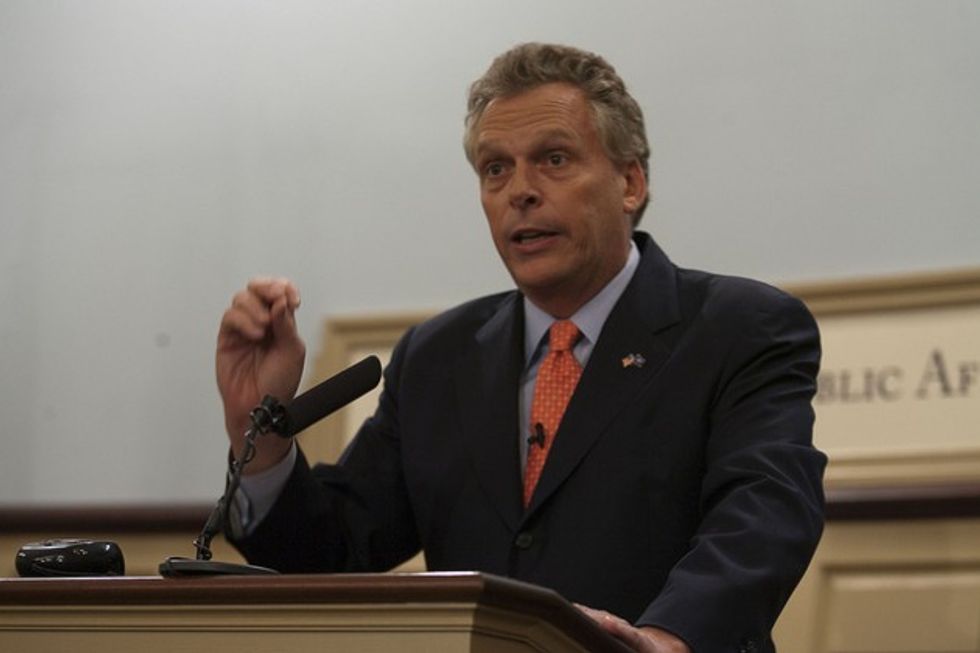 Why, yes, changes in concealed carry policies mean I want to ban all guns.

Virginia Gov. Terry McAuliffe has incurred some serious gun-humper butthurt with a new policy on concealed carry permits. To punish the governor, a state senator has taken an idea from the internet (and a "joke" by Tucker Carlson) and threatened to turn it into actual policy. If McAuliffe is so afraid of guns, well then, how about we eliminate funding for his state police security detail so he won't have any evil guns around him, and let's just see how he likes that, hmmmmm?

Here's the dealio: On Dec. 22, Virginia Attorney General Mark Herring announced the state would no longer recognize concealed-carry permits from 25 other states whose standards for permits are weaker than Virginia's. Herring's press release explained the "reciprocity" agreement with those states was ending because "their laws are not sufficient to prevent someone who is disqualified under Virginia law from receiving a concealed handgun permit."

The reaction from gun fondlers was predictable: Tyranny! Political correctness run amok! What part of "shall not be infringed" don't you understand?

Republican state Sen. Bill Carrico vowed this aggression would not stand, man, telling the Bristol Herald the move was "absurd," and "all political," and a "threat to the people of Virginia that have concealed carry handgun permit reciprocity from other states."

In response to this unspeakable act of tyranny, which would leave Virginians defenseless -- or at least would mean folks with concealed carry permits from those 25 states would have to carry openly, which is allowed for virtually all weapons in Virginia -- Carrico promised to teach McAuliffe a lesson about messin' with the gun-humping community:

“A lot of the governor’s power is deferred to the General Assembly at that point and I’ll be getting with my colleagues to circumvent everything this governor has done on this point,” Carrico said. “I have a budget amendment that I’m looking at to take away his executive protection unit. If he’s so afraid of guns, then I’m not going to surround him with armed state policemen.”

Now, there actually are some practical concerns involved in putting the new regulations into effect, as the Herald points out, but they have nothing to do with letting armed thugs get at the governor. One of the states whose concealed carry permits will no longer be recognized is Tennessee. This could create enforcement problems in places like the twin cities of Bristol, Tennessee, and Bristol, Virginia, right on the state line, so as one concerned Virginia resident fretted on behalf of those living on the Tennessee side, "If a Tennessee resident has a conceal-carry permit and has their firearm they won’t even be able to cross the street." Or they might have to put their pistol into a belt holster so they're carrying openly. Tyranny, indeed.

So far, McAuliffe doesn't appear to be terrified at the prospect of being forced to live inside a popular rightwing meme. Spokesman Brian Coy told the Herald, "reactionary temper tantrums may play well on right-wing blogs, but they don’t make anyone safer." Guess Mr. Coy wants to live in Soviet Germany or Nazi Roosha, doesn't he? Maybe Sen. Carrico can arrange that, too.