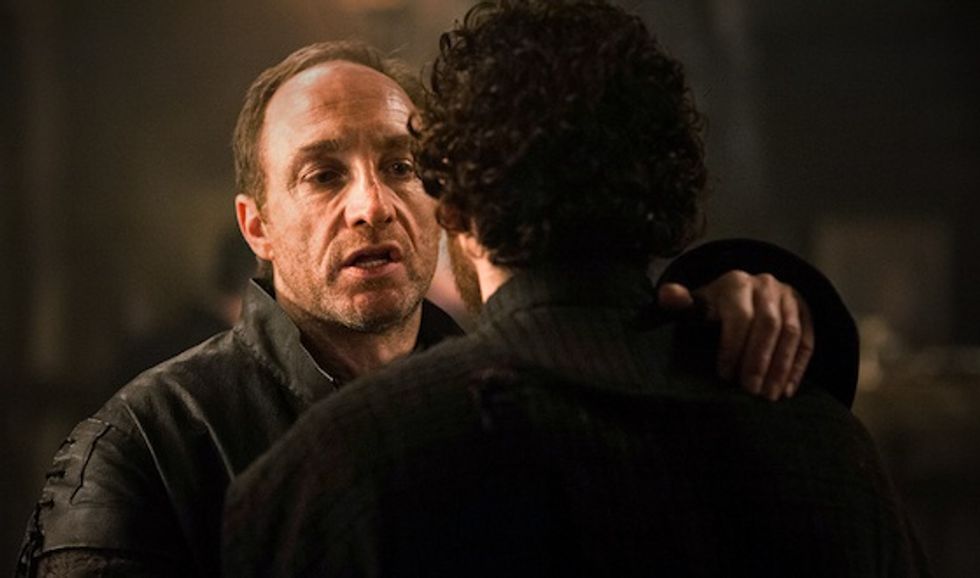 We have a new entry into the coveted Wonkette Legislative Shitmuffin of the Year Award! His name is Phillip Puckett, and he was until very recently a Democratic state Senator from the Commonwealth of Virginia. That is, until some GOP senators gave him a real nice job, and one for his daughter too.

A bit of background: Virginia's governor Terry McAuliffe (D-former DNC chair) is trying to push through the tyrannical Obummercare Medicaid expansion, and his plans rested on a razor-thin margin in the state Senate. Take it away, WaPo.

Sen. Phillip P. Puckett (D-Russell) will announce his resignation Monday, effective immediately, paving the way to appoint his daughter to a judgeship and Puckett to the job of deputy director of the state tobacco commission, three people familiar with the plan said Sunday.[...] The news prompted outrage among Democrats — and accusations that Republicans were trying to buy the Senate with job offers in order to thwart McAuliffe’s proposal to expand health coverage to 400,000 low-income Virginians.

This, kiddos, is how the corrupt sausage gets made. Virginia Republicans went to their dog-eared copies of The Necronomicon, found which of Virginia's state Senators was the most cravenly self-interested piece of shit of all, and then cooked up a tit-for-tat for him. And as far as Yr Wonket can tell, it is all perfectly legal.

Puckett's district is in deep-red territory, and it will be difficult for Democrats to defend the seat in a special election. Senate Republicans can now pass a budget without the Medicaid expansion, thus placing Gov. Terry McAuliffe in the position of either leaving Virginia's 400,000 Medicaid-eligible citizens hanging, or shutting down the government and depriving his entire state party of a potent political talking point.

How many of those 400,000 Medicaid-eligible Virginians live in Puckett's district? Oh, about 20,000 or so. But what's 20,000 people — real, living, breathing, actual people, with no other real hope of obtaining affordable health care — when compared with a father's love?

Puckett’s daughter, Martha Puckett Ketron, is already on the bench in Southwest Virginia, serving as a Juvenile and Domestic Relations District Court judge.[...] If Puckett resigns, the legislature plans to appoint her to a full six-year term. “It should pave the way for his daughter,” [Republican Delegate Terry] Kilgore said of Puckett’s resignation. “She’s a good judge. . . . I would say that he wanted to make sure his daughter kept her judgeship. A father’s going do that.”

Are you full-up on rage by this point? Like hell you are. Open wide, we've got more rage-o-hol to shovel into your gaping maw. Listen as Virginia Republicans' Senate leader can't even manage to wipe the shit-eating grin off his face:

“Although Senator Puckett has decided to end his tenure in the Senate of Virginia, his legacy there will endure,” said Senate Minority Leader Thomas K. Norment Jr. (James City). “And, his commitment and service to the people of Southwest, who honored him with their votes in five successive elections, will continue.”

Wink wink, nudge nudge, haw haw haw. Holy living mother of dog fuck, that is the smarmiest official statement we've ever read from a Senate Minority Leader's office. Can we get a scoop of rank hypocrisy on top of our shit sundae, please?

During the General Assembly session this year, Republicans cried foul when McAuliffe appointed longtime GOP operative Boyd Marcus, who had crossed party lines to endorse McAuliffe in the campaign, to a six-figure position on the Virginia Alcoholic Beverage Control Board. Republicans blocked the appointment, saying the job was essentially “sold” for the endorsement.

If you need to send hate mail to Puckett, you can reach him in his new job at the Virginia Tobacco Indemnification and Community Revitalization Commission. But what's even the point? He's done nothing illegal (we think; please yell about this in the comments, which we do not allow). He's done nothing more than break the trust placed in him by tens of thousands of his fellow citizens. Puckett is simply being a self-interested sonuvabitch, and that's not yet a crime in this country. It is, however, more than enough to put him in the running for Wonkette's Legislative Shitmuffin of the Year Award. Your move, Florida.