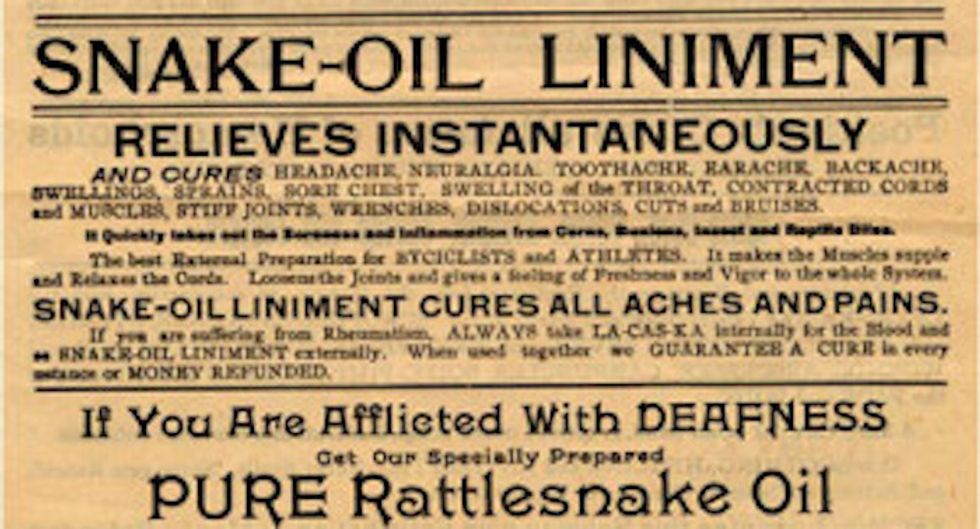 Gather round, kiddies, it's time for another installment of the As The Grift Turns, the tragic tale of the former Lord and Lady McDonnell of Virginia, now on trial for being corrupt, greedy, generally awful, and dumb enough to get caught, all because Her Majesty Maureen really wanted an Oscar de la Renta gown for her husband's inaugural, and also they had "an unconscionable amount in credit card debt." One thing led to another, as such things do, and suddenly they were awash in fabulous gifts and prizes from Richmond businessman Jonnie Williams Sr., for the basement-bargain price of maybe breaking a few laws here and there by pimping his company's magical tobacco-based "dietary supplement" Antabloc. Allegedly.

And that's just the recap.

Cox also testified that he witnessed Maureen McDonnell tried to pitch Ann Romney on Anatabloc while they were all on a campaign bus shortly after the endorsement.

“Mrs. McDonnell was talking to Ann Romney about how Anatabloc could potentially cure MS,” he said.

[Pause for laughter. And more laughter. Go on, take your time.]

Asked for his own, Cox said, “I was horrified. I thought it was a train wreck. I thought it was improper that Maureen would try to push this product on Ann Romney, and I didn’t think it showed the governor in a great light.”

Obviously, we are aghast at the classy-less-ness of trying to pimp Uncle Jonnie's miracle weed -- now in new snake oil flavor! -- to the presumptive* next first family of the United States of America. Quelle horreur! (That's French for "SERIOUSLY, lady?) But we are stone cold shocked that in this story of bad Republicans behaving badly, Ann Romney -- whose horse has more style and class than you, and you over there, and you women, of course, and you people -- is not, in this one-time-only particular instance, the rottenest egg. Allegedly.