Voters Simply Don't Care For Callista Gingrich, Who Is Not Running For Anything 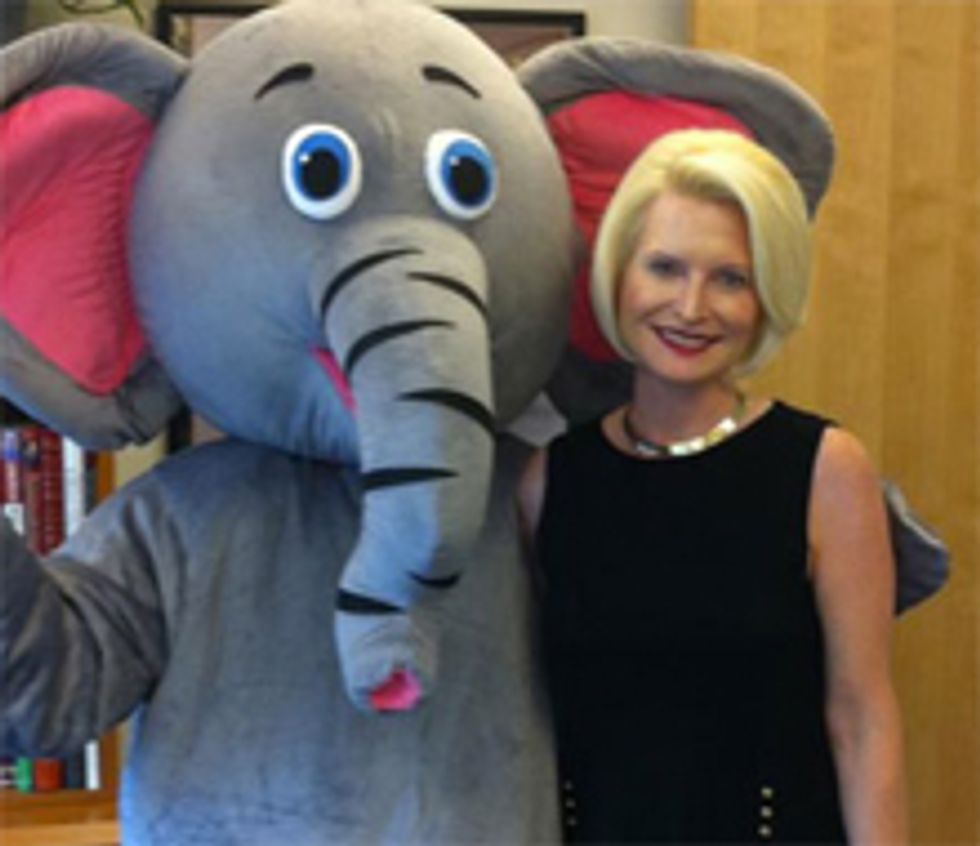 Why do pollsters do polls about candidates' spouses? They just sort of stand there, on the trail, smiling, and then if the candidate wins they may launch some benign PR initiative, like recommending good nutrition and exercise for children. In other words, they poll candidates' spouses because they're extremely important figures who could end up indoctrinating our children! And Callista "Cally" Gingrich, according tothe latest PPP poll, has an 18% favorability rating. It seems there's quite a bit of jealousy out there among the 82% of American voters who haven't had the pleasure of marrying Newt Gingrich yet.

Republican first lady candidates Karen Santorum and Ann Romney are still relatively unknown, but at least they manage to keep a positive net favorability rating despite being married to horribly unfavorable human-dildo husbands:

-Michelle Obama has a 54/34 favorability rating, compared to her husband's 48/48 approval.

ON THE OTHER HAND:

-Callista Gingrich is actually pretty unpopular, with an 18/44 favorability rating. But it's at least better than her husband's 28/61.

When will Robert De Niro apologize for conducting this poll?