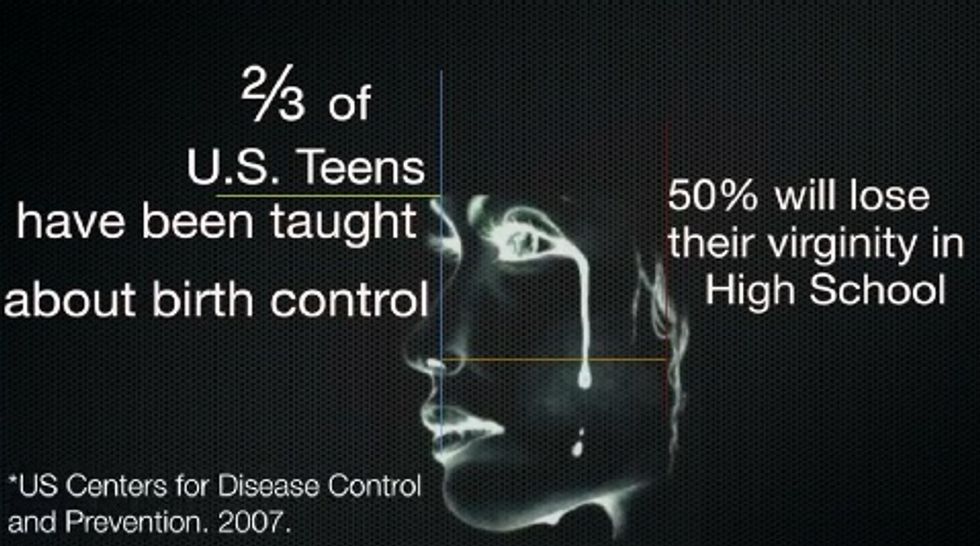 The "Children of Mary," a group of nuns in Ohio, has released a video that is a kind of one-stop shopping trip for insane ideas about birth control. If you can't bring yourself to waste 13 minutes of your life watching it (and we do not blame you at all if you decide to skip it), here are the main points:

And so, the take-away to this strange, strange video: "If someone you know is contracepting, tell them to stop. It will destroy them."

These nuns remind us a bit of our own Taliban-Catholic mother, who regularly consulted the Blessed Virgin on questions of daily life, including dilemmas involving home decorating (we only wish we were making that up). Their website opens with painfully bad flash animation that includes this strange bit of Christo-erotic text...

"I thirst. I so ardently thirst to be loved by men in the Most Blessed Sacrament that this thirst devours Me..." --Jesus to Saint Margaret Mary

Also, talk about your buried ledes: the Columbus Dispatch, which originally broke the story on this video, says in the final paragraph of its coverage that the The Children of Mary are located in Licking County, Ohio.