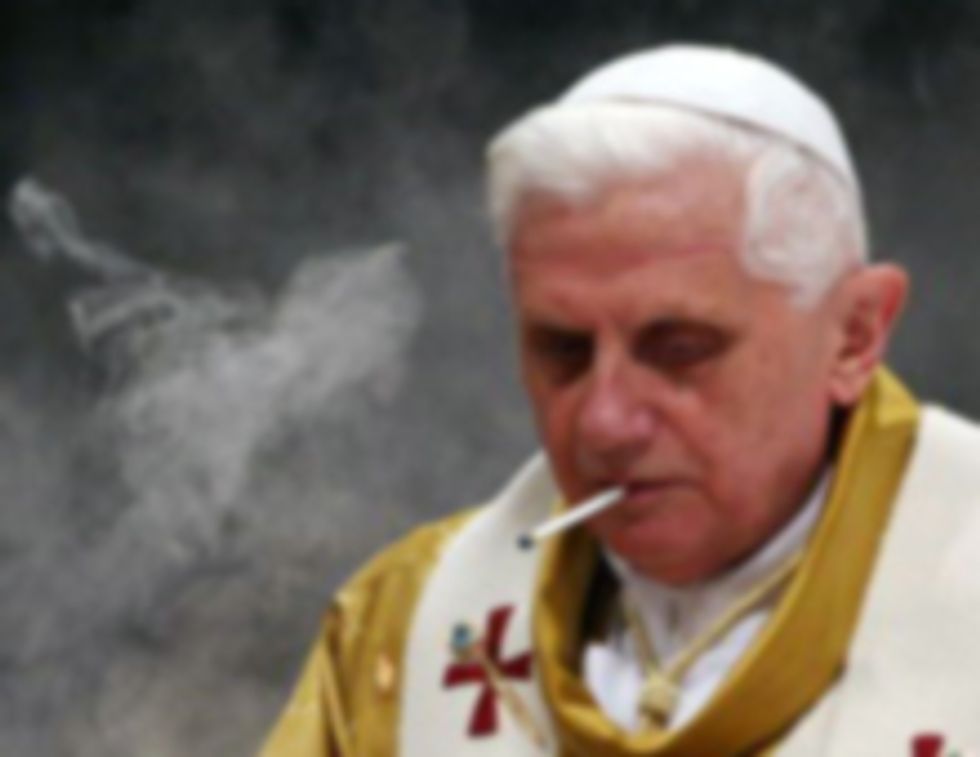 In thisWall Street Journalboring article about how Europeans sure love cigarettes yadda yadda, we were intrigued by this paragraph calling Nazi Pope Joe "the Plumber" Ratzinger a known smoker! Is this some hilarious WSJ New Year's joke? Because there is no evidence we can locate, outside of some obviously photoshopped images of Ratzi in a cloud of cancer, to suggest our crappiest pope indulges in this particular variety of sucking on cylindrical objects.

From the important news bulletin "Smoking Culture Persists in Europe, Despite Bans":

Lighting up doesn't carry the social stigma in Europe that it carries in the U.S. Many famous Europeans -- including the Pope, French soccer star Zinedine Zidane and Britain's Prince Harry -- have been known to puff in private without burning their public image. U.S. President-elect Barack Obama, on the other hand, has spoken publicly about the pressure he feels to quit smoking.

This is going to be a weird and exciting New Year if Murdoch papers are going to start messing with the Pope.