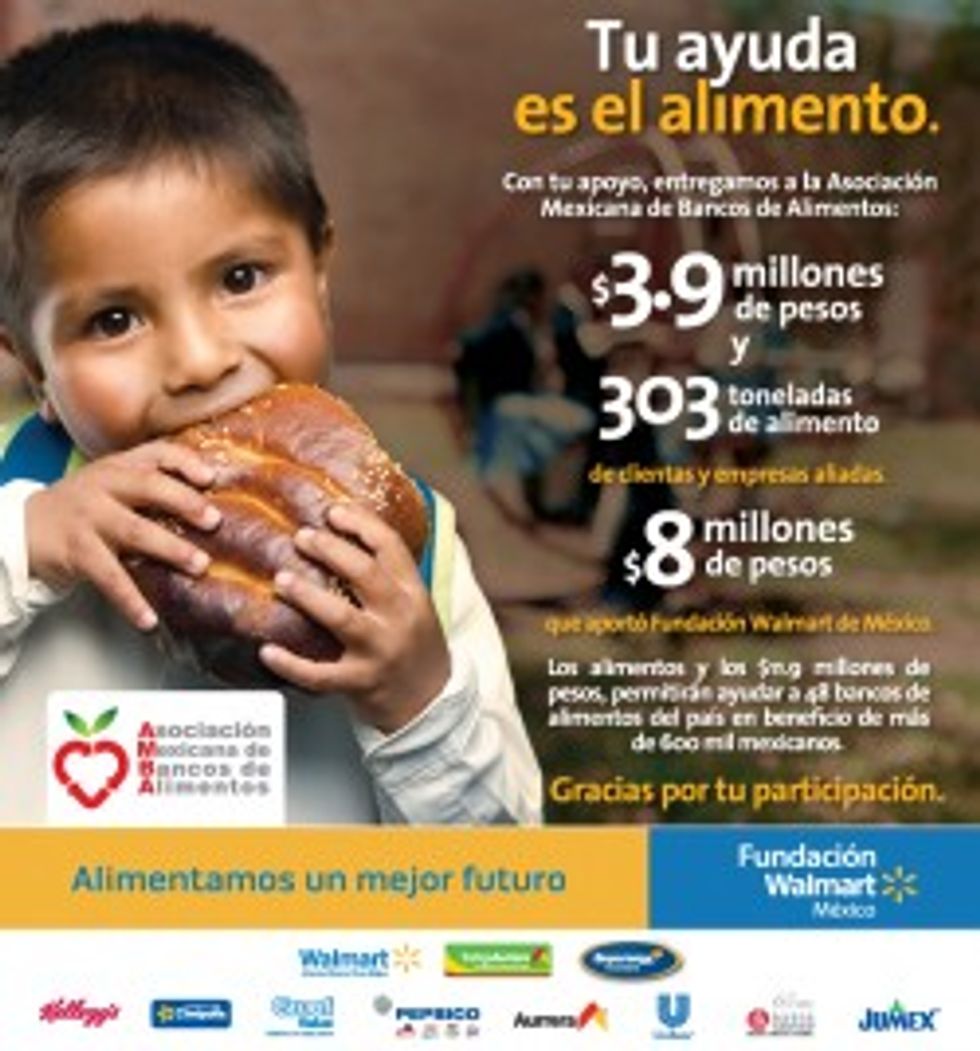 The New York Times gave the Justice Department more work to do yesterday (the JD is already up to its ears inNews Corp bribes to UK cops n’ Russian billboards) when they published a bunker-busting exposé about Wal-Mart bribing everybody they could in Meheeco (~ $24 million) in order to build their dime-store empire under the volcanoz.

Oh who cares, right? It’s just a little mantequilla to grease the wheels of commerce for Los Creadores de Empleo. And while Wal-Mart brags a lot about all the jobs they create in Mexico, in 2007 the Daily Beast revealed that Wal-Mart de Mexico had 19,000 teenagers (between 14 and 16 years old) working for them as grocery baggers for nada. Wal-Mart said, “Yeah? So?” and the world turned over, farted and went back to sleep. Pinches pendejos.

In that same year, Wal-Mart de Mexico earned more than $1.1 billion in profits. If they had paid 19,000 baggin’ slaves at the Mexican minimum wage of about $5 a day, they’d be looking at more than $34 million in extra expenses. Also too, if you figure in one bathroom break per day, a cookie, a pair of plastic sandals for each teen and no healthcare coverage (because they’re part-time, 14-hour-per-day employees, of course), well, Wal-Mart’s looking at a serious chunk taken out of their profits: 3%. Híjole cabrón.

Hush, hush, those of you (3) who cry, “But what about the children?” Wal-Mart’s fiscally responsible corporate decision makers (who are smarter than you, so STFU) must weigh the realities of doing business in the land of sinsemilla and raicilla: $24 million in government bribes so they can get their stores built really fast so they can enslave more teenagers OR $34 million to pay undeserving teenagers to work in stores that haven’t been built yet. Maybe it’s simply a case of what comes first, la gallina o el huevo?