Wall Street Billionaires Not Making As Many Billions This Year, Sad 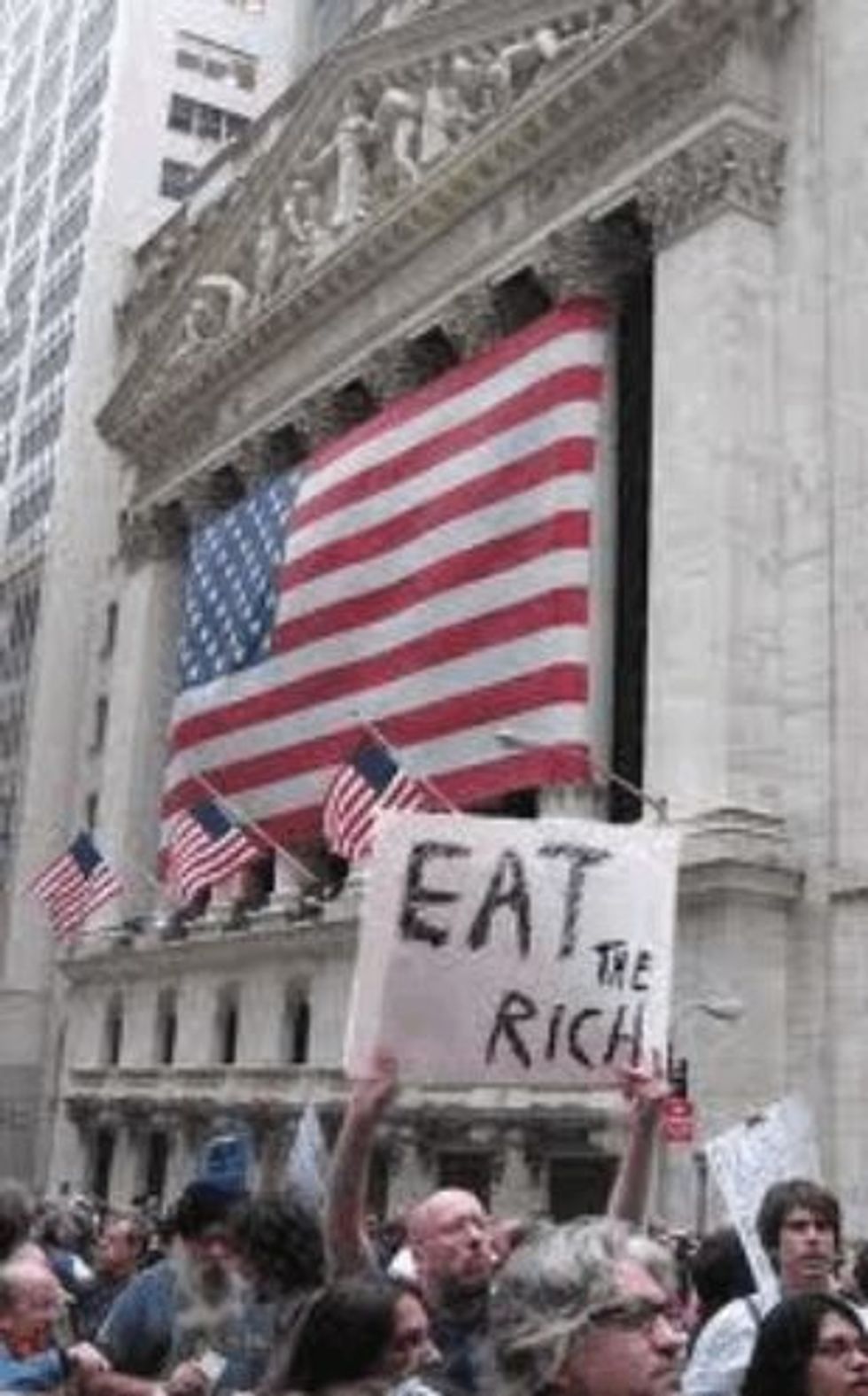 Tragic news, if you're the kind of schmuck who thinks Wall Street's hedge fund managers deserve at least a thousand and ten jizzillion dollars for doing whatever the hell it is they do when they're not just straight up breaking the American economy:

Harsh memories of the global financial crisis pervaded Wall Street in 2014 -- at least, for the highest-earning hedge fund managers. [...]

How bad was it? The 25 hedge fund managers on our 14th annual Rich List made a paltry $11.62 billion combined, barely half of the $21.15 billion the top 25 gained the previous year and roughly equal to what they took home during nightmarish 2008. The average earnings were just $467 million last year, down from $846 million in 2013, while the median earner made $400 million, down from $465 million the previous year.

However will these struggling hedge fund managers afford their $2000 a plate pasta and "luxury ice" on "just $467 million"? Poor little rich dudes.

This list is compiled by something called the Institutional Investor's Alpha. You've probably never heard of it, because you don't need to stay up to date on the latest in hedge fund management:

Institutional Investor's Alpha, a thought leader for the hedge fund industry, delivers the most insightful, entertaining and authoritative published content online about the fast-paced and rapidly evolving world of hedge funds.

Apparently, in order to qualify for this distinguished list of Wall Street's super-rich, "a manager needed to generate a mere $175 million" -- is that all?!?! -- "for himself in 2014, down from $300 million the preceding year and the lowest minimum in three years." We assume only himselves make the list because even in the fast-paced world of making hundreds of millions of dollars a year on Wall Street, herselves probably make less. Maybe only dozens of millions? We can't be certain, because we can only view the top 10 list -- congratulations, No. 1 Rich Fuck Kenneth Griffin of Citadel, for "earning" $1.3 billion in 2014. In order to view the entire list of the 25 richest-but-not-as-rich-as-before hedge fund managers, we'd have to purchase a subscription, the cheapest of which is "just" a "mere" $999 for one year! What a bargain -- if you are a rich dude (or, less likely, dudette) who finds this kind of information really valuable and not just merely the sort of thing that makes you want to throw up all over yourself and then order that free-to-view list of the 10 richest bastards up against the wall.