Wall Street Journal Going To End This Wisconsin Standoff Itself 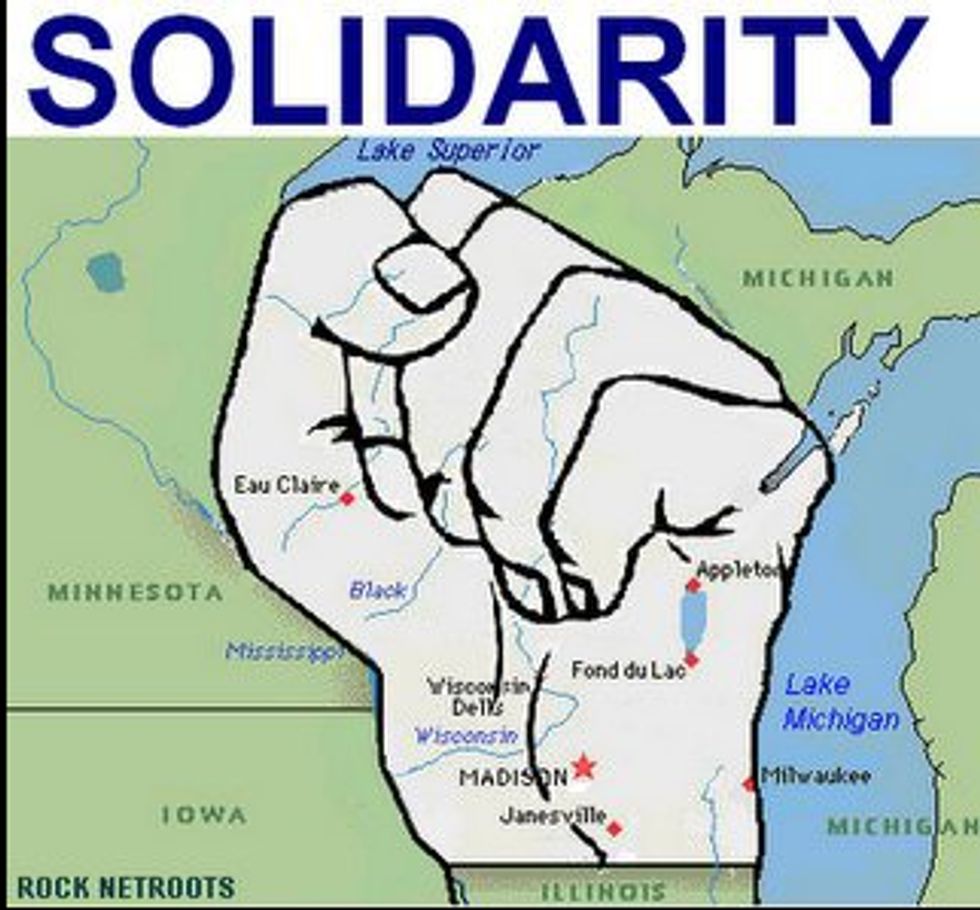 Times are tough for journalists covering the standoff over collective bargaining in Wisconsin. Just how many days in a row are you supposed to write this "There are still protests and the state senators are still floating on a lazy river at some hotel in Illinois" story? The protestors and the legislators may be able to stick to their guns, but there's a limit to reporters' ethics and how much they can stand of this before they just start making stuff up and hope it comes true. Thus, we get the headline"Democrats to End Union Standoff" from the Wall Street Journal. Okay! Here comes a flood of pageviewz! Everything is all over! Except these Democrats say they're not actually giving up and returning to the state.

(In response, the Wall Street Journal will report that the entire Midwest completely disappeared into thin air and all the journalists can come home now.)

Playing a game of political chicken, Democratic senators who fled Wisconsin to stymie restrictions on public-employee unions said Sunday they planned to come back from exile soon, betting that even though their return will allow the bill to pass, the curbs are so unpopular they'll taint the state's Republican governor and legislators.

That does seem plausible, considering the Democrats we're used to always cave in!

But, according to Sen. Chris Larson:

Sen. Miller's comments are taken out of context in the Wall Street Journal article just released. Dems will return when collective bargaining is off the table. That could be soon based on the growing public opposition to the bill and the recall efforts against Republicans. Unfortunately, the WSJ fished for the quote they wanted, skipping this key step in logic: we won't come back until worker's rights are preserved.

The Wall Street Journal will now dress up its reporters as Republican state senators (place a name-tag on their lapels that says "REPUBLICAN SENATOR") and send them down to talk to the senators in Illinois. Maybe it will work? If not, here's a headline they could use: "Democrats Are Wise-Cracking Zebras From Outer Space, Say They Will Return To Wisconsin As Soon As They Finish This Vat Of Heroin." [WSJ/Facebook]