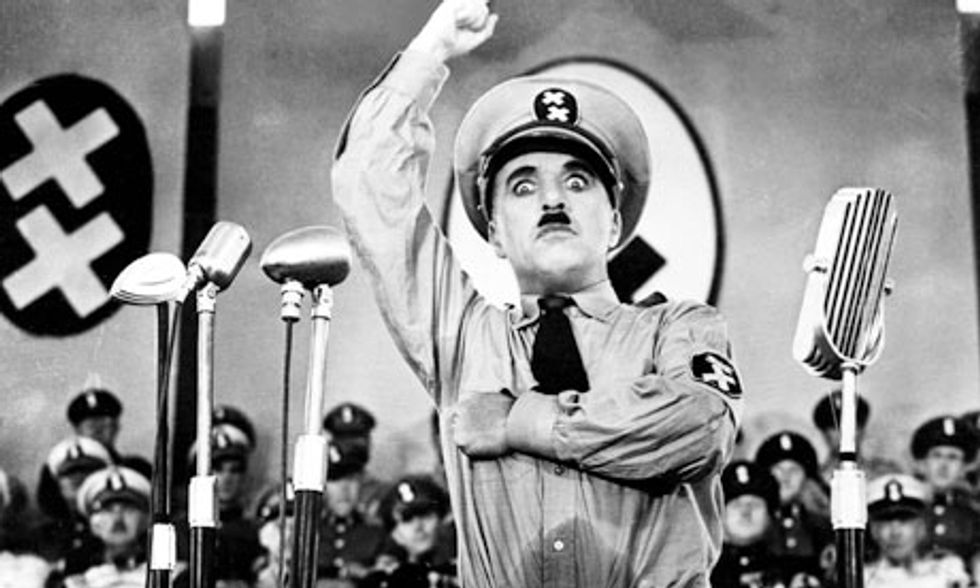 Good news everyone! Egyptians have (once again) taken to Tahrir square by the millions, and, aided by the military, deposed a sitting president.

What is the appropriate reaction here? Is it:

a) indifference, because we are ethnocentric Americans who cannot even find Egypt on a map.

b) elation, because, as Dr. Martin Luther King Jr.  put it, "no one is free when others are oppressed" and the Egyptian people have once again proved that they are interested in controlling their own collective destiny.

c) sadness, because the Egyptian people would be much better off if a psychopathic authoritarian dictator deposed a democratically elected president, killed or tortured thousands of people, and then imposed free market reforms.

Duh, the correct answer according to the Wall Street Journal's editorial board is:

c) sadness, because the Egyptian people would be much better off if a psychopathic authoritarian dictator deposed a democratically elected president, killed or tortured thousands of people, and then imposed free market reforms.

Ha ha, just kidding, the exact words in the Wall Street Journal editorial weren't "better off;" they were "lucky."

As in: the Egyptian people would be "lucky" if an authoritarian dictator deposed a democratically elected president supported by large numbers of workers and peasants, and shut down the opposition press and the international mainstream press (just to be safe), and arrested priests,and forced hundreds of thousands of people into exile, and killed, kidnapped, tortured, or "disappeared" over 40,000 people, and ordered mass executions in a CIA-supported "Caravan of Death," all in a frantic bid to stamp out all traces of leftism and dissent, real or imagined:

Egyptians would be lucky if their new ruling generals turn out to be in the mold of Chile's Augusto Pinochet, who took power amid chaos but hired free-market reformers and midwifed a transition to democracy. If General Sisi merely tries to restore the old Mubarak order, he will eventually suffer Mr. Morsi's fate.

Oh, Pinochet also embezzled millions of dollars from the Chilean people, and was eventually arrested in London at the request of Spain's government for murdering and torturing Spanish citizens.

OK, OK, to be fair, Pinochet did kill and kidnap and disappear and exile and torture all those people, but he also got a handle on inflation, which can be a real bitch. So it was win-some, lose-some.

Unless you or your loved one was killed, kidnapped, tortured, forced into exile, arrested, or "disappeared." In which case it probably was more like lose-some, lose-some. Not sure exactly but who knows, perhaps we will find out one day! And if the Egyptians are really "lucky," they will find out too!