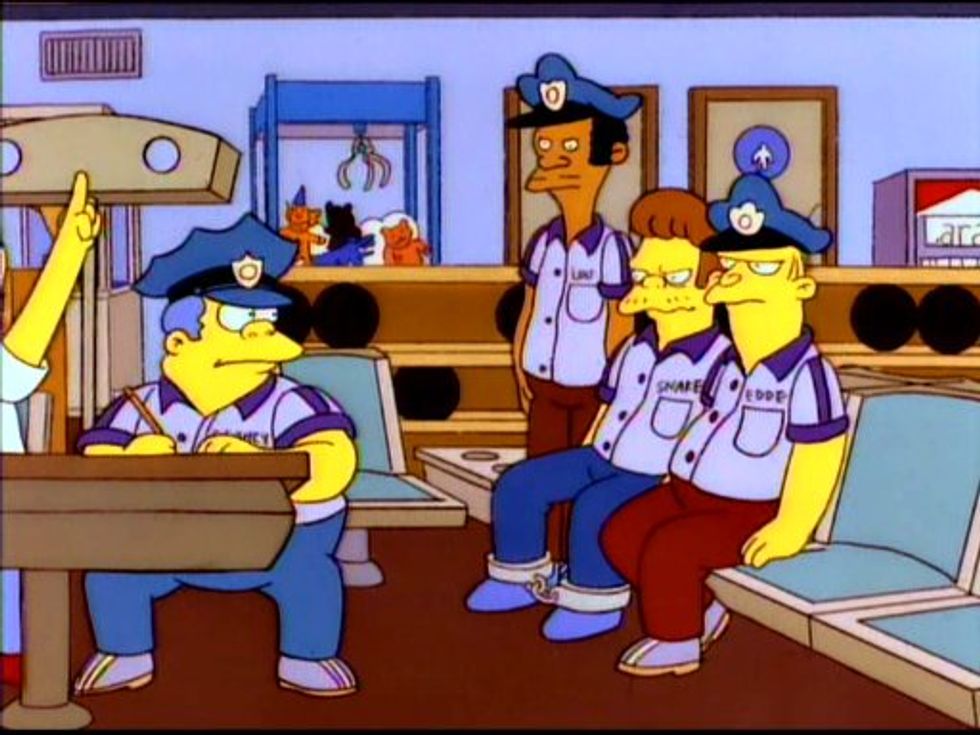 In the nearly two weeks since Officer Darren Wilson killed unarmed pot-smoking gang-sign-flashing teenager Michael Brown, residents of Ferguson and of St. Louis County and of Missouri and of the entire world, basically, have been demanding answers to some pretty basic questions, including "WHAT THE EFF?!?!?" The Ferguson Police Department has been reluctant to answer any such questions or provide the department's Here's What The Eff Happened Report, and now we know why: there isn't one.

Police in Ferguson, Missouri, did not file an “incident report” on the fatal shooting of 19-year-old Michael Brown because they turned the case over to St. Louis County police almost immediately, the county prosecutor’s office tells NBC News.

So even though police left Brown's dead body in the street for hours -- hey, what's the rush when it's just a dead black kid in the street, right? -- they at least knew right away they could not possibly handle the task of filling out their own forms and figured the county police department would do their homework for them. Would you like to see the county police incident report? Hahahaha, too bad for you!

The St. Louis County police department presumably did file an incident report, but any such documents will not be made public until a grand jury investigating the officer-involved shooting concludes its investigation, according to officials from the office who briefed NBC News on the case.

"Presumably." But who knows? No one in the entire state of Missouri has been all that forthcoming with explanations. Sure, Ferguson police were eager to release the incident report on Brown's alleged robbery that took place about three minutes before he was shot. That oh-so-damning and not at all suspicious report that supposedly justifies Officer Wilson's actions because Brown was a suspect in a robbery, even though Wilson did not know that at the time, except that maybe he did know that and was able to determine that Black Kid Walking Down The Street was definitely probably the "thug" who'd nicked some cigarillos while hopped up on reefer. Guess the Ferguson po-po figured they could handle that report.

As to the question of why Michael Brown is dead and Officer Wilson is at large on paid leave, and the cops have yet to come up with a plausible explanation that isn't just COP STONE-COLD MURDERED A BLACK KID FOR BEING BLACK? Sorry, but we'll have to just keep waiting for that report. If there is one at all.