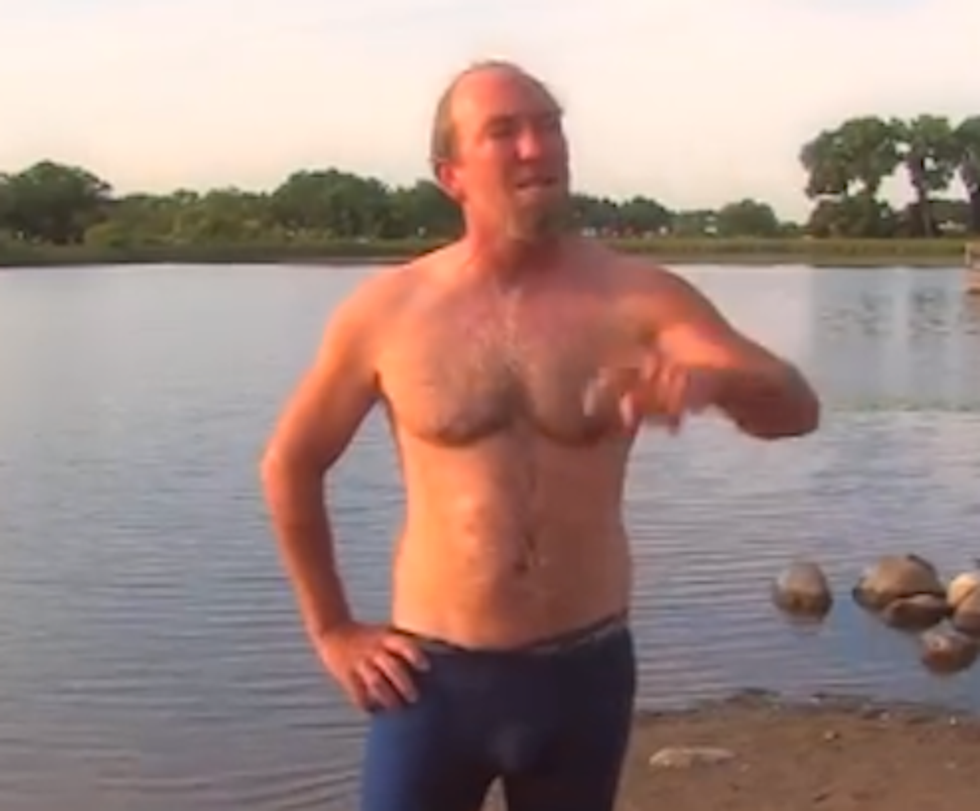 Some of you might remember that the Minneapolis mayoral race was deeply weird this year. There was a dude who legally changed his name to Captain Jack Sparrow AND was not the only pirate-themed candidate. There was a lady who did an ad dressed in Saran Wrap, and then there was the magnificent Jeff Wagner.

Wagner's real tour de force, though, was his inaugural ad where he walked out of one of Minneapolis' many beautiful lakes, wearing only underwear, drinking a cup of coffee, and vowing not to go to strip clubs any more.