War On Everyone Round One Million: Charles Koch Defeats Jimmy Hoffa 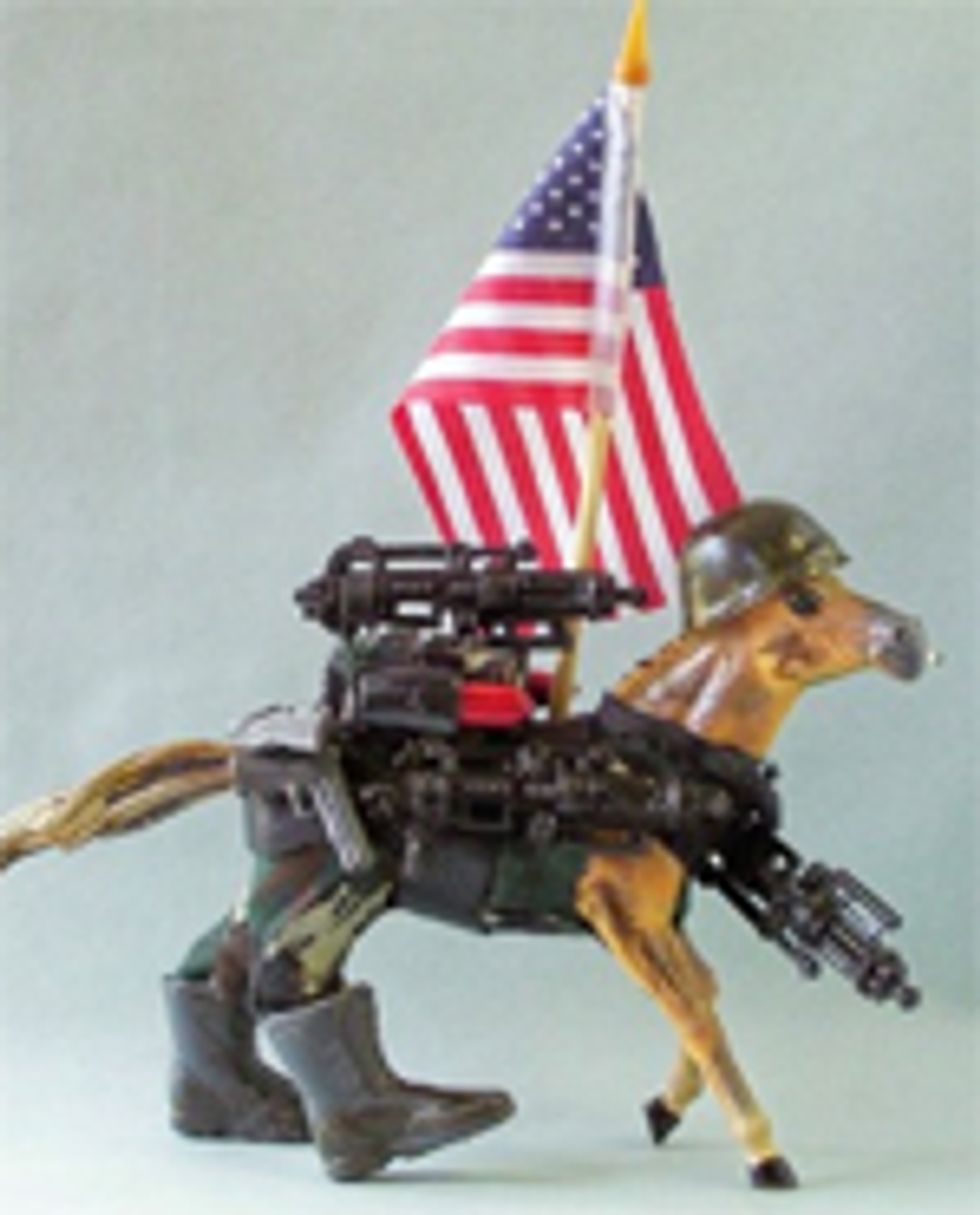 America's favorite fundraising tool, "the other side declaring terrible war on everyone else," got a shiny new box of ammo, haha, from a PG-13 Labor Day pep talk Jimmy Hoffa gave to a crowd of union supporterscalling for Democratic voters to declare war on the GOP and to "take these son-of-a-bitches out" at the ballot box, meaning, who else, the Tea Party. This unremarkable swear-y  war speech is the one that has the Internet/Twitter/the Space Lizards super pissed off, because Fox News predictably edited out the part where Hoffa refers to voting to make it sound like he wants union supporters to off Tea Party supporters. Outrageous outrage! But Hoffa is what Charles Koch might call "an amateur warlord" and a socialist, because his speech lacked murderous dictator references and demands for cash from oppressed millionaires. Charles Koch raises him a "Saddam Hussein Obama" and a veiled threat for civilizational collapse to get the war dollars flowing in the direction of Charles Koch and war money hanger-on Michele Bachmann.

Mother Jones got hold of an audio recording from a secret, closed-door June sleeper cell meeting of the Koch Brothers and America's robber barons that doesn't even need to be edited to sound insane and murderous. Here is Charles Koch trying to raise money to fight "Saddam Hussein Obama" in the transcript from the BRAD Blog:

But we've been talking about --- we have Saddam Hussein, this is the Mother of All Wars we've got in the next 18 months. For the life or death of this country. So, I'm not going to do this to put any pressure on anyone here, mind you. This is not pressure. But if this makes your heart feel glad and you want to be more forthcoming, then so be it.

THAT is how you call for war and outrage, Jimmy Hoffa.

And of course this is just a plot against Michele Bachmann, who puked this helpless cry for monies out to her mailing list:

Teamsters President Jimmy Hoffa's violent rhetoric continued at a rally with President Obama, as he issued a profanity laced rant against the Tea Party calling for union members to declare war against our conservative values, and "take those sons of bitches out."

Hoffa and his well-funded liberal allies are scared of our momentum, and will do anything to try and silence our voices. But, we won't go quietly into the night. Will you follow this link and make a donation to help me defend myself against their profane and vicious attacks?

And so, children, there may not be any jobs or health care or education for anyone, but there is always money in endless WAR! Invest your last five dollars accordingly.  [TPM/Mother Jones/The Week/Michele Bachmann Spam List]