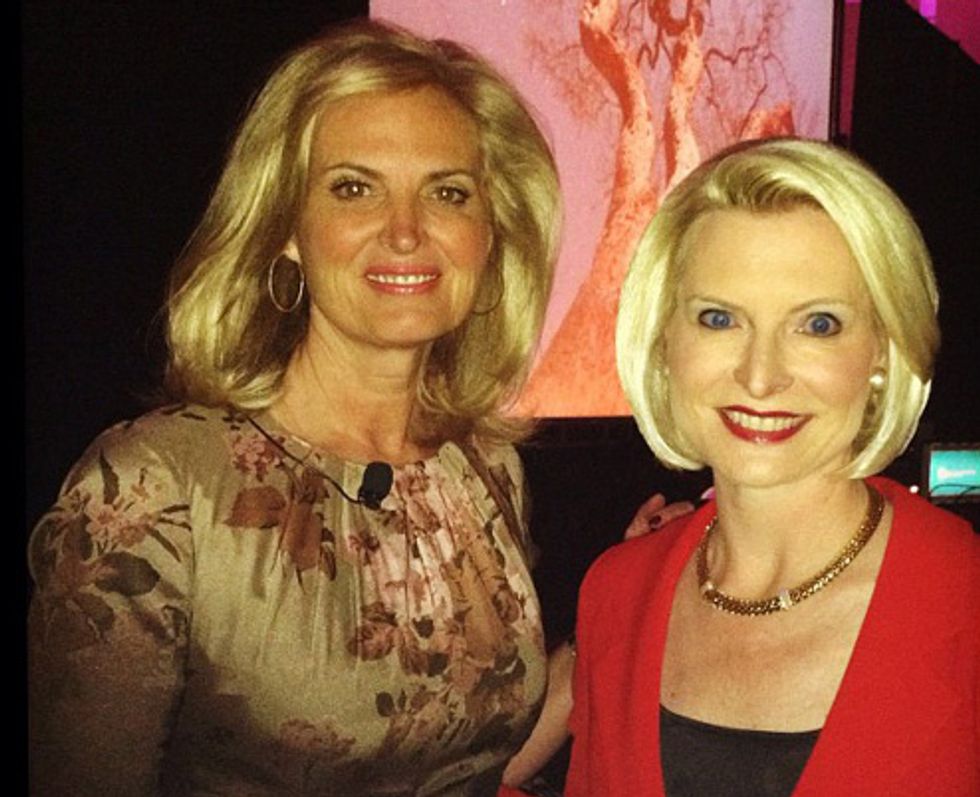 The Moms can really hotfoot it, but we have tracked them down with illegal surveillance tools: They are in St. Louis at an NRA convention, listening to every paranoiac in the country spout off about and/or purchase as many guns as possible. If the Moms are safe anywhere, it's surely at a convention of gun nuts "testing" the latest weapons of death by firing them indiscriminately, to determine which lucky assault rifles will max out their credit cards this year. You're in steady hands, Moms.

Look, there's #1 Mom Ever, Ann Romney, instagramming with non-mom and known political enemy Cally Gingrich. You non-moms who are defecting -- what's it like, being the actual Benedict Arnold? We're looking forward to your illegal Gitmo military tribunals, is all.

The soaring battlefield rhetoric that has lifted the rebel matriarchs to mount a not-insignificant resistance in the War on Moms -- which, again, is the term applied when crazy Democrats suggest that single mothers who work full-time just to meet basic needs have a more difficult life than Ann Romney, bless her heart -- was everywhere, today, at the lunatics' gun show:

Speaking in front of hundreds of gun owners — a group that has not necessairly embraced the former Massachussetts governor — Romney brought to the stage his wife, Ann, "my sweetheart" while addressing the National Rifle Association conference on Friday.

Ann Romney has welcomed a larger role in the campaign after, earlier in the week, being brought into a debate about the role of woman at home and in the workplace.

"I happen to believe all moms are working moms," Mitt Romney said while introducing his wife.

Keep fighting, Moms. America is finally aware of the war, on you -- literally every single one of you, for the most malicious of reasons -- as declared by a mother the other night on CNN. One day this whole conflict will be all over, and Moms might finally win a little bit of respect.