baseball hall of fame john rocker pt now how much would you pay? sportsball worst party ever 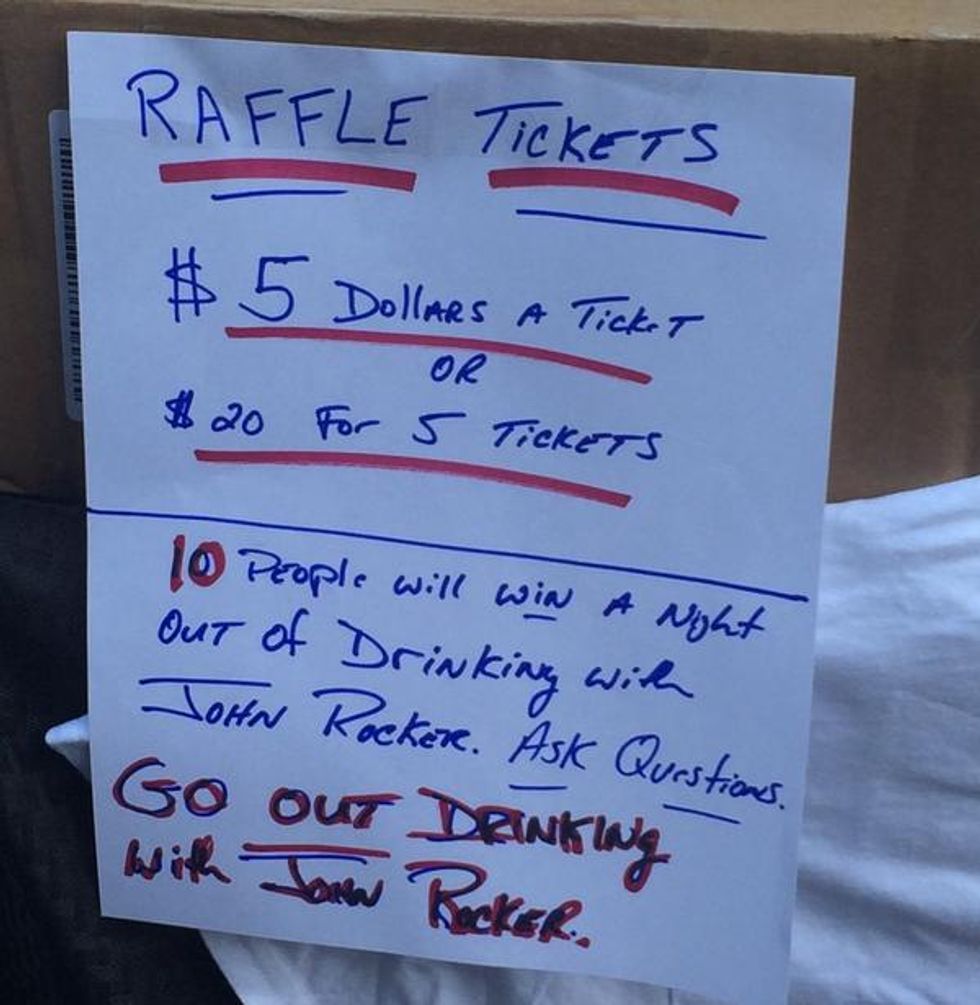 Somehow, we missed the fact that this past weekend was Baseball Hall of Fame weekend, probably because we do not actually pay attention to things like that in the first place. Apparently Hall of Fame weekend ends up being some sort of sportsball pilgrimage where retired baseball players both famous and otherwise show up to sign autographs and generally exploit past baseball heroics. So you know, of course, that our favorite racist asshole pitcher John Rocker was there to pimp his books, t-shirts, and no doubt childlike scrawl. Oh, and also to have the very most saddest raffle of all time.

Yes, you saw the hand-scrawled sign. No, it was not written by a child or a homeless person in haste. It was written by John Rocker and contains the rules for how you win the biggest bestest John Rocker prize. Five dollars per ticket! Or scale up and drop $20 for five tickets. BARGAIN. Ten lucky people that throw down their stupid-earned money will win a night out drinking with John Rocker. Okay, actually, had yr Wonkette known about this blessed event, we might have thrown down some coin, if only we could ask him about his thoughts and feels about guns and black people. On second thought, that's a night that would end with us punching John Rocker straight in the mouth, which is a problem because we are a nonviolent sort of people.

Oh! Also too if we had been there, we could have purchased one of John Rocker's deeply sweet-ass "Speak English" shirts, which look like they were made at one of those mall t-shirt shops from the 1980s where you could also get an airbrushed Motley Crue shirt. In a word, classy.

This Hall of Fame pimping also brings us news that Rocker will be on Survivor in the fall, which is inexplicably still a thing. Two washed-up tastes that taste great together!

[Hall of Very Good/Hall of Fame]