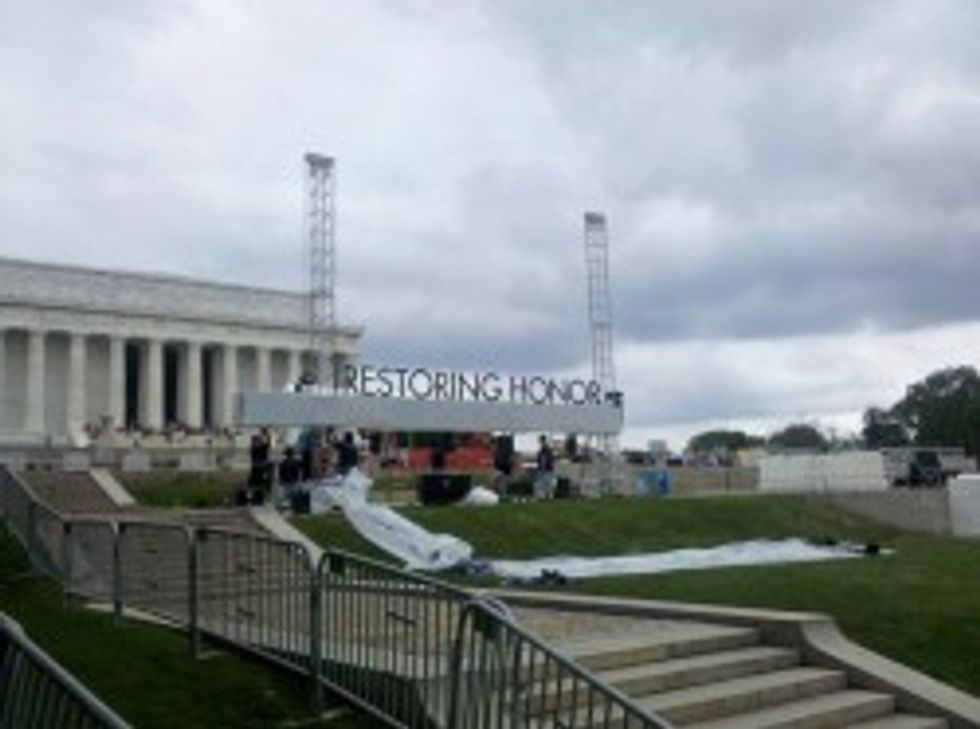 Washington, D.C. looks, like, super-depressed about having to host this weekend's Glenn Beck's Lard-Baby Rally & Hate Festival, you guys. When it saw that junky "Restoring Honor" stage banner thingie go up, it felt really embarrassed and even kind of distraught, you know? So it went all gray and overcast. Didn't feel like sunshining. Seemed so ... pointless.

Because it's land, Washington can't just pick up and, like, hitch a Chinatown bus to New York City to escape for the weekend, do something cool like that. It has to stay right where it is, and watch all the big ol' lard babies shiftin' and jigglin' around inside their flag-festooned sweatpant-sacks, and listen to the screeches and horror sounds. Poor thing. Hope it doesn't get too PTSD'ed. [Restoring Honor Rally Facebook page]