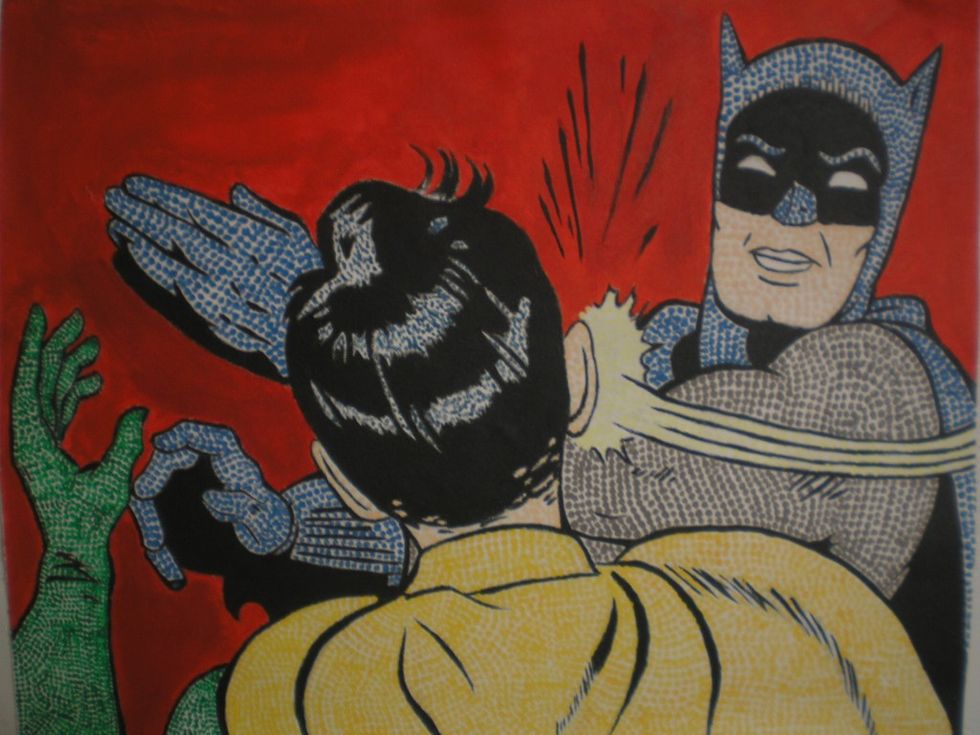 Cartoon Romney sidekick Jennifer Rubin has determined, thanks to a Romney ad she saw, that Barack Obama did so apologize for America over and over and over again to the point that nobody is even sure if he was actually president or just some hip-hop artist obsessed with apologizing.

What sorts of apologies did Barack Obama lodge on America's unwilling behalf? (Was America raped with apology, giving birth to God-blessed Obamunism?)

I will focus on two major apologies that have been deliberately and forcefully delivered by the president and/or top aides.

The first is our handling of the war on terror. Liberals don’t even see that Obama’s excoriating his predecessor is apologizing for this nation, but of course it is. George W. Bush wasn’t acting as a private citizen, and whatever he actions he took were done in the name of the United States.

So, when Romney spent every moment of the campaign until Monday saying Obama was the worst President on foreign policy ever, one assumes he was apologizing for all the terrible things we have done. After all, Barack Obama wasn't acting as a private citizen, and whatever actions he took were done in the name of the United States.

Obama and his secretary of state also made a written confession of this nation’s past faults to, of all places, the United Nations. As I reported in September 2010:

The administration created a stir in April, when a spokesman for the National Security Council reported on a meeting between Obama and Kazakhstan’s President Nursultan Nazarbayev: “Both presidents agreed that you don’t ever reach democracy; you always have to work at it. And in particular, President Obama reminded his Kazakh counterpart that we, too, are working to improve our democracy.” Despite pleas from groups like Human Rights Watch to use the meeting as an opportunity “to raise concern about Kazakhstan’s disappointing human rights record and to press for immediate improvements,” Obama viewed this as simply one more chance to confess America’s sins.

Likewise, the administration last month presented its “Report of the United States of America” to the United Nations High Commissioner for Human Rights. This exercise is overseen by the infamous U.N. Human Rights Council (UNHRC), whose main preoccupation is vilifying Israel. The Obama administration confesses to such offenses as the disproportionately higher rates of unemployment in America among minorities.

That was some gangbusters reporting, Rubes. You seriously reported the shit out of Obama's recognition of America's social and economic issues. You got up in that document and quoted and just fucking left it in the bed smoking a cigarette wondering if it would ever be reported like that again.

I wonder if Mitt Romney spending two years talking about how Barack Obama basically destroyed America, made us into a less free nation, talking at length about "Obama's Failures" on foreign policy make him an apologist? Oh, wait, no, Barack Obama isn't really American, so Mitt Romney is actually a super-patriot.

Keep on not-apologizing, Mitt Romney! This nation needs you to prevent the detonation of the explosive device that Jennifer Rubin replaced her soul with if it goes off in a populated area. If you lose...people die.