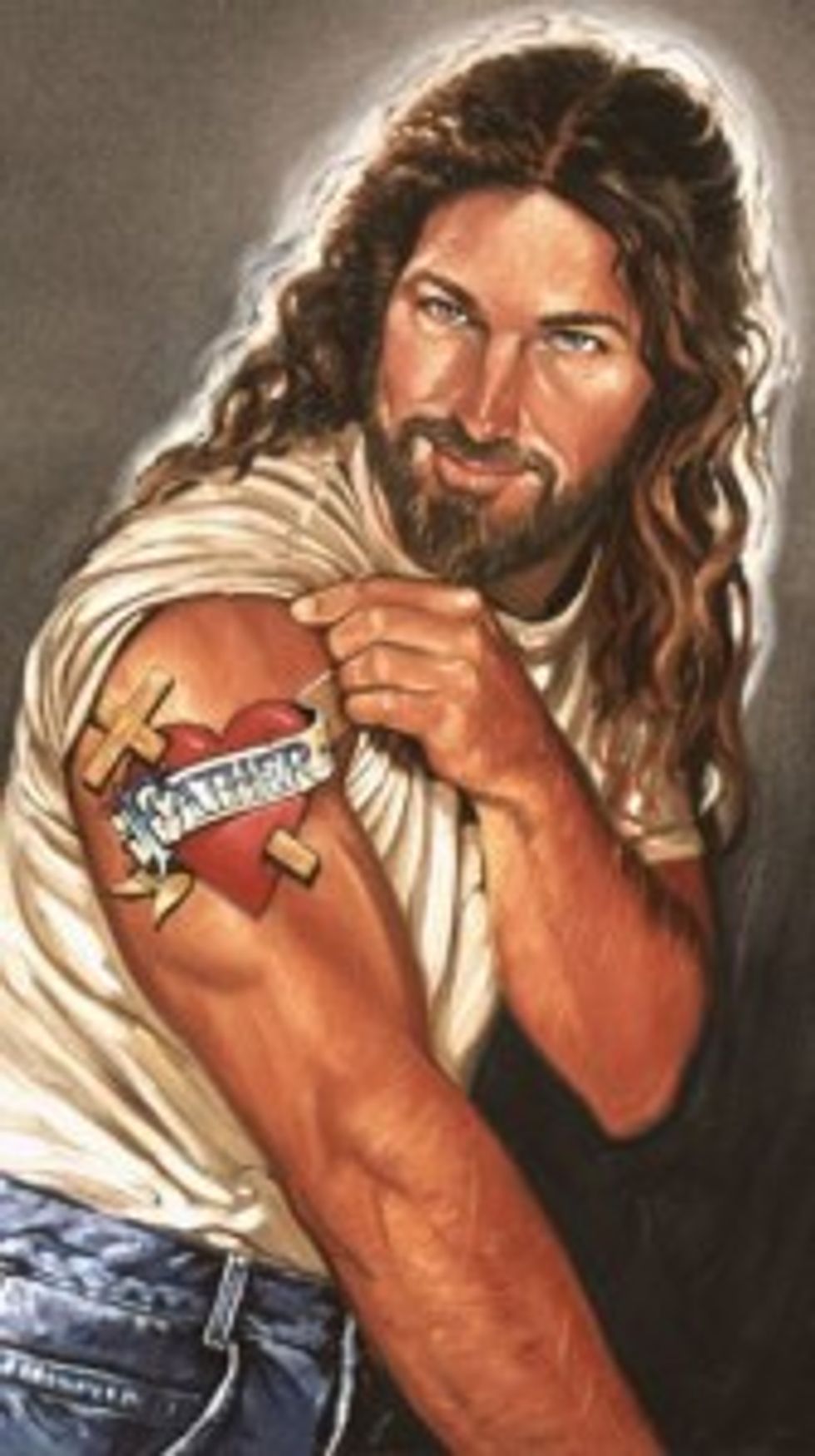 Vapid publisher's spouse and party-planning expert Sally Quinn has heaved up another of her insightful "On Faith" columns. This is a person who has in the past used her column to explore the spiritual dilemmas involved inchoosing a Dancing With the Stars victor; explaining that 50 Shades of Grey actually reflects a "religious phenomenon" (holy fuck!); oh, and by the way, no big deal, told a panel this week that she is a witch (we can hardly wait to see what the Maine GOP thinks of that!). So we were not expecting Deep Thought; but this time she's gone especially shallow:

When Mitt Romney mentioned the “Creator” in the debate Wednesday, he owned it. “We’re all children of the same God,” he said.

We were not aware that it was actually possible to call dibs on The Almighty, but Mitt apparently did indeed own that round, and Obama compounded his error by missing the chance to call "shotgun."

She goes on to extol Romney for citing the Declaration of Independence's statement that our rights come from "our Creator," an innovative strategy that no previous candidate had apparently ever considered. She quotes, but makes no comment on, Romney's peculiar exegesis of "the pursuit of happiness" to include "making sure that those people who are less fortunate and can’t care for themselves" are cared for but with the limitation that that care be provided "by one another," apparently through private charities, not a nasty government safety net.

Quinn then turns to some other truths that she finds self-evident:

This is a religious country. Part of claiming your citizenship is claiming a belief in God, even if you are not Christian.. We’ve got the Creator in our Declaration of Independence. We’ve got “In God We Trust” on our coins. We’ve got “one nation under God” in our Pledge of Allegiance. And we say prayers in the Senate and the House of Representatives to God.

An atheist could never get elected dog catcher, much less president.

We think we're supposed to be impressed by her broad-mindedness at allowing theists of all stripes to claim citizenship, "even if you are not Christian" (presumably this includes lapsed witches like herself). But those of us unfit to even be dog catchers might have a teensy quibble with Quinn's vision of "Americanism." It is most likely because we are constantly angry malcontents who lack a moral code. Or maybe because we take that "freedom" stuff far too seriously and think it means us? We get silly about that. Like Americans so often do.

Up until now, the idea of being American and believing in God were synonymous.

...At least they were, to anyone who mattered, right? To a degree, Quinn's idiot nostalgia for those easy assumptions is actually good news -- she seems to recognize that those days aren't coming back, however she might pine for them. But then she's right back to her notion that "the God vote" is a winner-take-all contest. Noting that most Democrats have finally accepted that it's easier to wear American-flag lapel pins than to be branded unpatriotic, lest Fox News blast them for their shocking lack of patriotism, Quinn then suggests that President Obama could make a lot of headway by adopting another empty gesture:

If Obama wants to win the next debate, he needs to wear God, as much as it offends him to do so, the same way he captured the flag for this one.

But why stop there? Since America is a nation where people are free to attend any church, synagogue, or mosque to worship Jesus in the way they choose, maybe Obama should take the opportunity at the next debate to let the Holy Spirit come over him and begin speaking in tongues. At the very least, the moderator could could offer the candidates a chance to handle poisonous snakes.