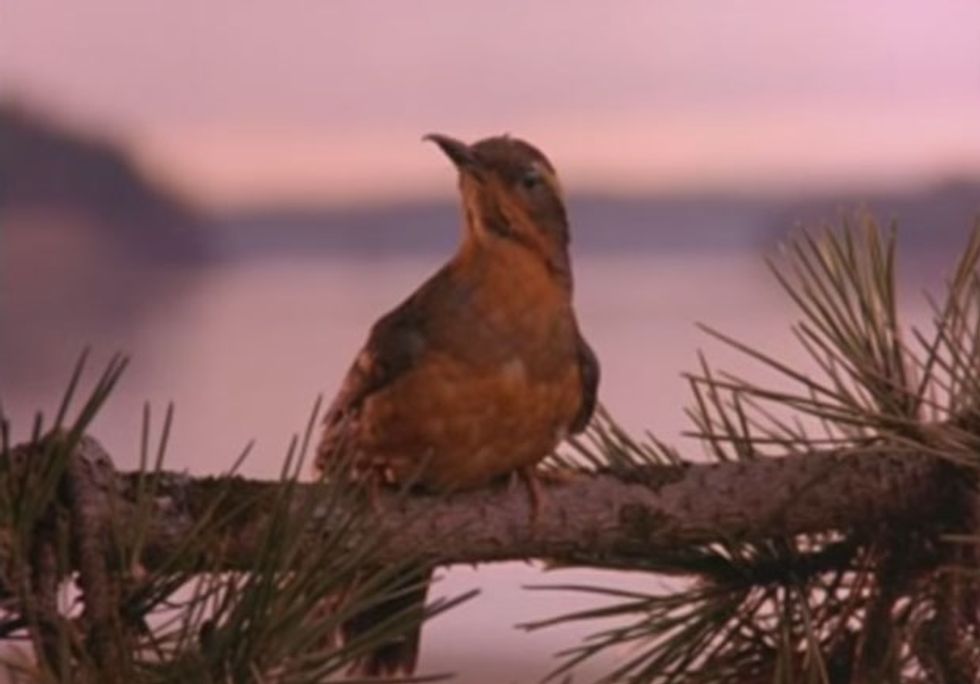 That gum you like is going to come back in style!

Donald Trump won Washington's Republican primary Monday night, picking up at least 40 delegates, which leaves him just under the majority needed to clinch the nomination. Or as they'll keep saying on cable TV political shows, it looks like an uphill climb for the "Never Trump" movement. Hillary Clinton also won Monday's Washington Democratic primary Monday night, picking up absolutely nothing, because Washington is freaking weird: the state already chose its Democratic delegates in the caucuses held on March 26, but there was a primary anyway, possibly for bragging rights. Bernie Sanders won the caucus, which counted, while Hillary won the primary, which didn't. And Yr Wonkette won a confused look on its face.

As we have been saying all spring, caucuses are strange, inconvenient, and undemocratic, but if you pile a meaningless primary on top of a caucus, that seems even dumber. So why does Washington do it that way?

We learned a really important lesson while researching this question: The answer appears to be, "It just does, OK?" As the AP explains in a brief explainerer,

State law requires the primary be held on the fourth Tuesday in May of a presidential year unless the Legislature cancels it. Lawmakers have done that before, most recently in 2012 for budgetary reasons.

So there has to be a primary, but parties still have the option of running caucuses to choose their convention delegates anyway, which is what Washington Dems have decided to do, because they can. Was it ever thus? No, it was not! In fact, it has in some years been even more confusing:

For starters, Washington state parties had used a caucus/convention system to determine presidential preference in order [to] select and allocate delegates to the national conventions in the earliest cycles of the post-reform era (1972-1988). After the 1988 cycle, however, an initiative push brought a presidential primary election to the northwest. In the time since that 1989 initiative, Democrats have never utilized the primary as a means of selecting, allocating or binding delegates. Instead, the Washington Democratic Party has opted to stick with the caucus/convention system.

Republicans in the Evergreen state have, depending on the cycle, used a two-step process with delegates being allocated based on the results of both the primary and caucuses. The rules have not been uniform over that post-initiative period for Republicans. In 2000, for instance, Washington Republicans allocated only a third of the delegates apportioned them by the Republican National Committee via the primary. The remaining delegates were bound to candidates based on results from the caucus/convention process. Eight years later, during the 2008 cycle, Washington Republicans kept the two-step primary-caucus process, but nearly equalized the number of delegates allocated based on the results of each contest. This time [2008] 51% of the Republican delegates were allocated through the primary and the rest in the caucuses.

So hurrah, good-government reformers brought in a primary to make the process fairer and more transparent, then both parties proceeded to do exactly as they pleased. In some years, when the late-May primary date wouldn't make any difference to the final outcome and the state legislature doesn't feel like spending money, they cancel the primary altogether and let the caucuses decide for both parties. That's some reform, isn't it?

For 2016, the Republican primary results are divvied up like so, regardless of who's still actually running, which is why you'll see some vote totals for sad Ted Cruz:

Washington Republicans also had a caucus back in March, which was exactly as meaningless as Monday's Democratic primary. They all just showed up and talked about candidates, apparently.

Also, Washington doesn't register voters by party, so voters could decide on their ballots which party's primary they wanted to vote in. This party preference has to be marked on the outside of the envelope so the ballots will go to the correct party vote count, a detail that some people are angry about, because of course somebody's angry about something:

That’s resulted in calls to elections offices around the state, some from voters asking how to mark the boxes, and others from voters angry they would have to.

“We do get ones that are mad,” Spokane County Elections Manager Mike McLaughlin said. “They say things like ‘I want to be independent. It’s my right to privacy. It’s no one’s business.’ ”

Ahem. You are an independent, by definition. But you have to at least say what primary you're voting in. The Postal Service is not monitoring your party preference, either. If you're leaning Democratic, you could also skip sending it in altogether, since, as we've mentioned, it doesn't actually count. If we tried really hard, we could sympathize with the privacy concerns; perhaps next election cycle the ballot envelopes could use stickers with barcodes that can only be read by computers. The someone will bitch the election forces people to take the Mark of the Beast. Still not a problem, really -- elections officials would know those were Republicans.