We May Not Have Donald Sterling to Kick Around Anymore 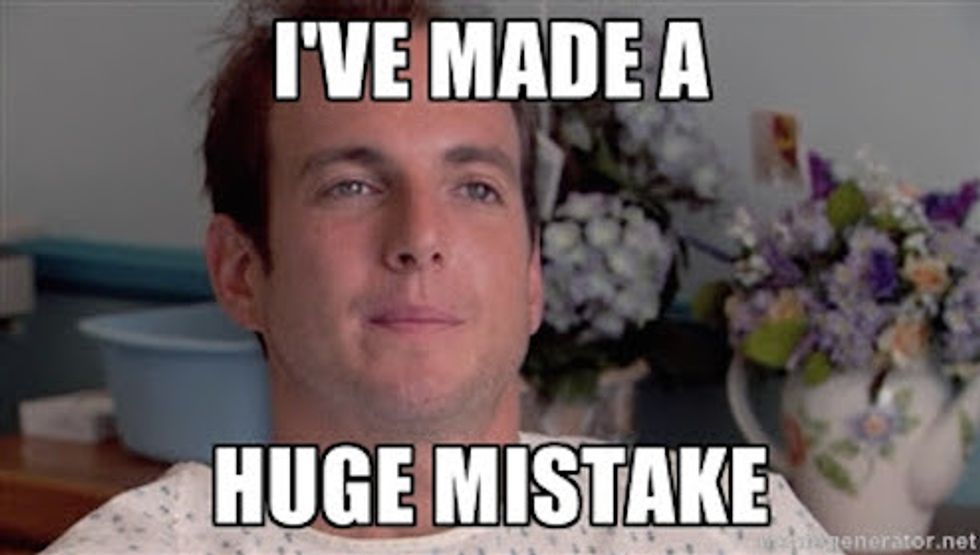 The legal proceedings surrounding racist jowl monster and Los Angeles Clippers owner Donald Sterling just took another weird turn. Apparently, Sterling thought that if he just dissolved the trust that owned the Clippers, then he wouldn't have to sell the team, because poof, now no one owns the team! The trust's CFO told him otherwise, but Sterling was having none of it. Ensign Deadspin, set lawsplaining engines to warp factor six!

When Donald Sterling dissolved the Sterling Family Trust, the entity that ran the Clippers, he was trying to prevent the sale of the team to Steve Ballmer. It's pretty simple: if the trust did not exist, it couldn't sell anything to anyone. Only, it might not be that simple. According to testimony from Darren Schield, the chief financial officer of the Family Trust, the dissolution could cause several banks to find the trust in default on up to $500 million in loans, which Sterling could not repay without selling the team. Oops.

We are not a lawyer, but this strikes us as the kind of brilliant legal move hatched in the law offices of Barry Zuckerkorn. But Sterling was not deprived of sound legal advice — the CFO of his trust flat-out told him that dissolving the entity that owned the Clippers would trigger defaults with Sterling's creditors.

Schield, testifying at the trial that will decide the future of a $2 billion deal to sell the Clippers to former Microsoft CEO Steve Ballmer, said he warned Sterling not to revoke the trust last month.

"I told him a revocation of the trust would be a breach of the loan covenants and would result in defaults," Schield said.

He said he also discussed it with Sterling's lawyer, Bobby Samini.

"I told him this revocation would open up a Pandora's box and trigger defaults," Schield said.

"Does the company have $500 million to pay off the loans?" asked O'Donnell.

"We do not," Schield answered.

Asked what the recourse would be, he said, "We would have to start selling real estate. If we have to sell $500 million in apartment buildings, it would have an impact on the Los Angeles real estate market."

We hate to say it, but this might be the last time Yr Wonkette has a larf at the expense of Donald Sterling. He may be a racist slumlord who preferred to rent to Korean families because "they will pay the rent and live in whatever conditions I give them," whereas "black people smell and attract vermin." He may be a lecherous old perv with a penchant for propositioning his employees for sex, then settling out of court. He may be a byword for all that is wrong with race relations in both American life and in American sports.

But he also might have Alzheimer's, an unspeakably cruel disease that really takes the fun out of hating even the worst human beings. Sterling himself insists that he does not have Alzheimer's, and no court has found him incompetent. But how else do you explain his decision to cut off his net worth's nose to spite his wife's face? How else do you explain his refusal to listen to the advice of his CFO and, presumably, his lawyers? There's nothing rational about racism, but there's also nothing rational about forcing your creditors to call in the $500 million they've given you, especially when you force them to do so right as you're about to make an enormous profit off the sale of your bouncy hoops team.

Sterling's legal defense team appears to be playing for time — the AP reported that they had planned to call six witnesses on Monday yet produced none. Meanwhile, ESPN reported that Sterling has met privately with erstwhile Clippers buyer Steve Ballmer in an effort to smooth this whole thing out.

But Sterling's irrational financial decisions combined with his combativeness on the stand combined with the sworn testimony of medical professionals points to this being the end of our pointing and laughing at Donald Sterling. Yr Wonkette is relatively convinced that he is no longer playing with a full deck. Couldn't have happened to a nicer guy.