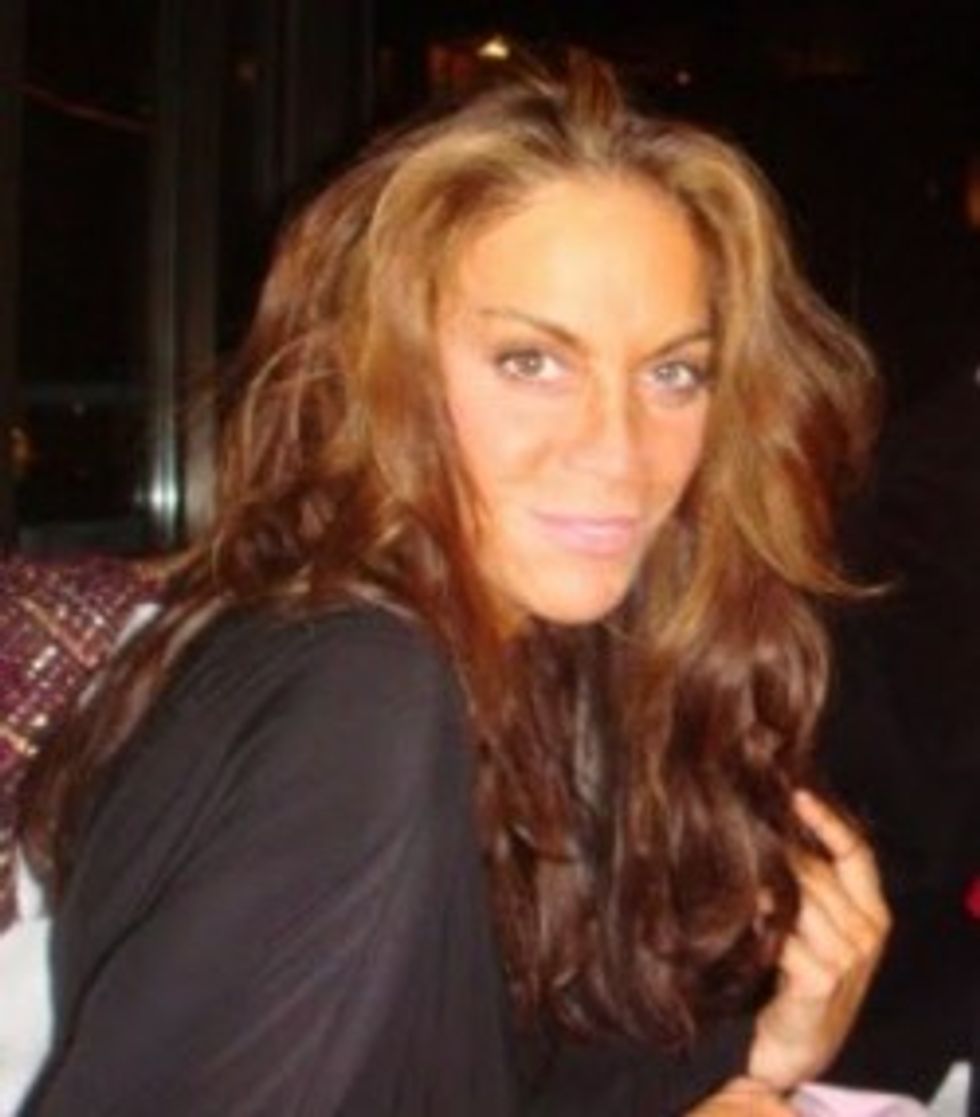 Charles Johnson at LittleGreenFootballs has taken a break from twirling his mustaches andimprisoning free-speech martyrs in their Twitter Killing Fields in order to find this primary source evidence of Pamela Geller, Empress of Wingnuttia, speaking in tongues and blooging at the very same time. We will just steal the whole thing, because we are sure he doesn't mind.

Don't let the giant block of crazy deter you from reading on and espying such eternal truths as "Walter Chronkite [...] wa a red." Gaze in wonder at the conseritave Id.

Decades ago we cringed when any news story of corruption and collusion broke about our long venerated trusted newsmen We trusted those powerful subversive like Walter Cronkite, Dan Wallace, etc, These men with enormous power weilded it, abused it, and disseminated one of th =e world’s great campaigns of anti0merican disiinformation and propaganda. We remember Walter Chronkite, as a grandfather figure trusted iconclast when in fact he wa a red and did the country incalculable harm.

Twenty years of the Chroncrite legacy and we ahve gonthat much further of the deep end. Media ia a propactvisit arm whose one goal - shape the news, change the ness, even live about the news to advance a collectivist, pro-sharia agandena. How else culd an unqualfied, bitter Ameria hater hold the eat in the Obama office.

Have eight million more words of seizure, after the jump!

They are out of control And it is only a matter of time before the Davids in the blogosphere rip their masks of civility off and unmosks the who the monsters are. And for the their flagrant violation of the public trust, they shall rot in prison.

The mardcore Hama scruops in thr US HAMAS CAIR, MSU,MSA, ICNA are doing thr Htiler stompin jig to get these conter terrorim messures removed so that devout Muslims can roam freeem to plan the next 911.

And he AP, in a crushing violnation of ‘jounalistic integrity, has filed suit aganst agaianst law enforcement to disarm the numner one greatest counter terrorism usint in the world. The DoJ is finished.Corrupt. Destroyed. House to vote on contempt charge against Eric Holder‎. Tehy refuse to uphold rule of law. It’s red and green madness, collectivists and Islamic supremaicts have the run of the place. Where is our society’s first most critical line of defense? The DoJ is AWOL The Department of Justice is engaging in collusion with the country’s most dangerous and subversive jihadist groups.

And this is not just Department of Justice (DoJ) policy. It’s the policy of the Obama administration.

For years Atlas readers wanted to know why there were no indictments and prosecutions of the Muslim Brotherhood co-conspirators (CAIR, ISNA, ICNA, MAS) named in the largest terror funding trial in US history (here, for example). Obama and Holder have scuttled them, much the same way as they dropped the voter intimidation charges against the Black Panthers (a case that was, by and large, already won).

But those indictments were scuttled last year at the direction of top-level political appointees within the Department of Justice (DOJ) — and possibly even the White House.

Included in those indictments was at least one of the co-founders of CAIR, based on “Declination of Prosecution of Omar Ahmad,” a March 31 DOJ legal memo from Assistant Attorney General David Kris to Acting Deputy Attorney General Gary Grindler. A second DOJ official familiar with the investigation independently confirmed these details. Omar Ahmad is one of CAIR’s co-founders and its chairman emeritus. He was personally named, along with CAIR itself, as an unindicted co-conspirator in the Holy Land Foundation terror finance trial in 2007 and 2008. During the trial FBI Agent Lara Burns testified that both Omar Ahmad and current CAIR executive director Nihad Awad were caught on FBI wiretaps attending a 1993 meeting of Hamas leaders in Philadelphia.

Finally, lawmakers in Washington are pursuing justice and demanding answers from an AWOL Departmetn of Justice. Last Thursday, Members of the House Judiciary Committee on oversight on Thursday called on U.S. Attorney General to provide documents and evidence relating to the landmark Holy Land Foundation trial – the largest terrorism financing trial in U.S. history.

And now the media is doing the DoJ’s bidding suing the NYPD for proecting all of i citizens fromcertain death in the coming jihad attacks.

So what's our verdict, Wonkers?