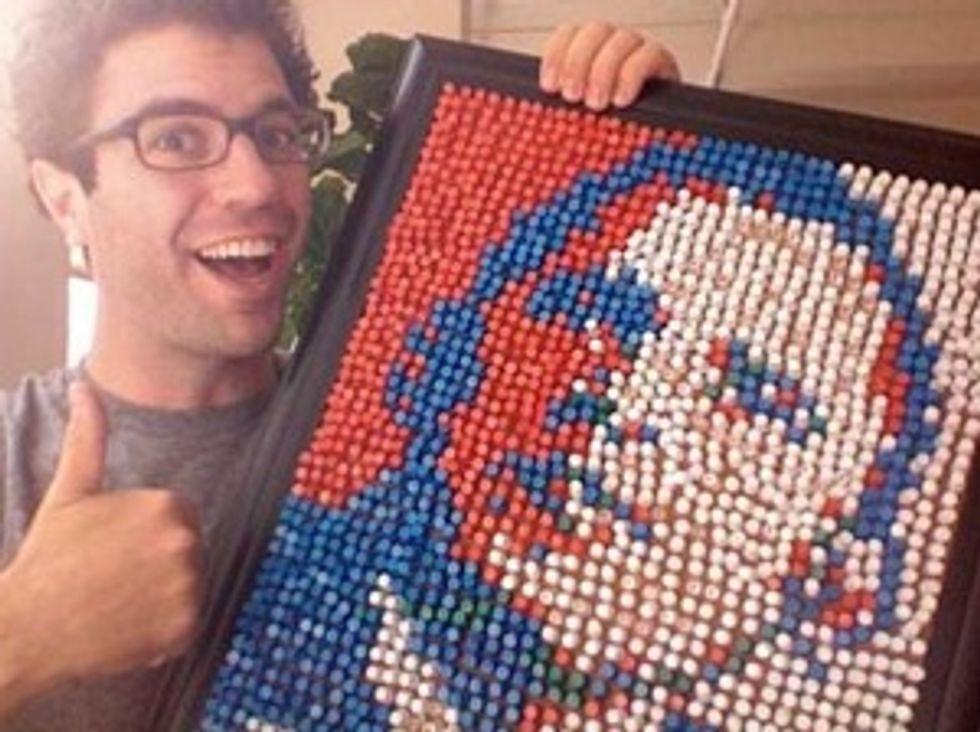 Hey, it's the middle of June and there's no political news because it's summer and your editor just went over to Boing Boing to see if there was anything politically whimsical and your co-editor said, "Obama robots made from jello and spare microchips?" Yeah, pretty much. Here is Hopey made out of push-pin thumbtacks. [Zoomdoggle via Boing Boing]
Ken Layne