Welcome To Trump Country, Comrade! It's Kremlin, Montana, Population: YOU! 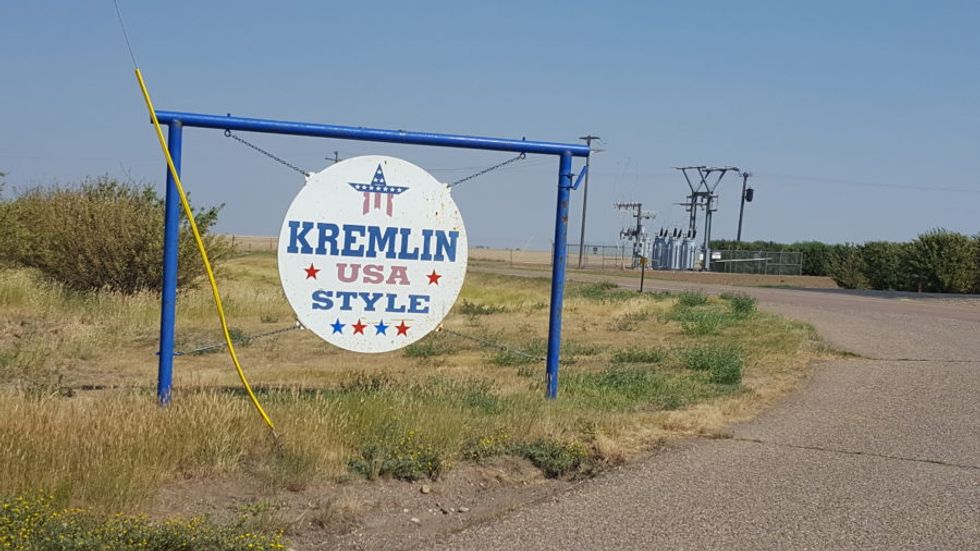 Kremlin, Montana, is a census-designated place that boasted 126 souls in the 2000 census, though its Wikipedia page still hasn't updated for 2010. We are going to guess without any evidence whatsoever that the entire town sent the poor 2010 census workers packing at the barrel of a couple AR-15s.

What part of "no trespassing" don't census workers understand?

In the 2016 general election, in Hill County Precinct 20 (which covers Kremlin and Gildford), Donald Trump won 179 votes. Hillary Clinton received 51, and Gary Johnson and Jill Stein sucked up 19 and 6, respectively.

Though not far from the Rocky Boy Indian reservation, it is 99.21 percent white.

It still manages to have two churches.

We are not going to say Kremlin, Montana, should learn to vote its interests, because at least the people on Medicaid expansion probably voted for Hillary. MAYBE.

But we will say we were awfully happy to get past Kremlin and into North Dakota, which was full of grandbaby (MINE).

So here are some happier pictures to end this really terrific post.

That is a smiling baby. Tell me it's gas, and I will cut you.