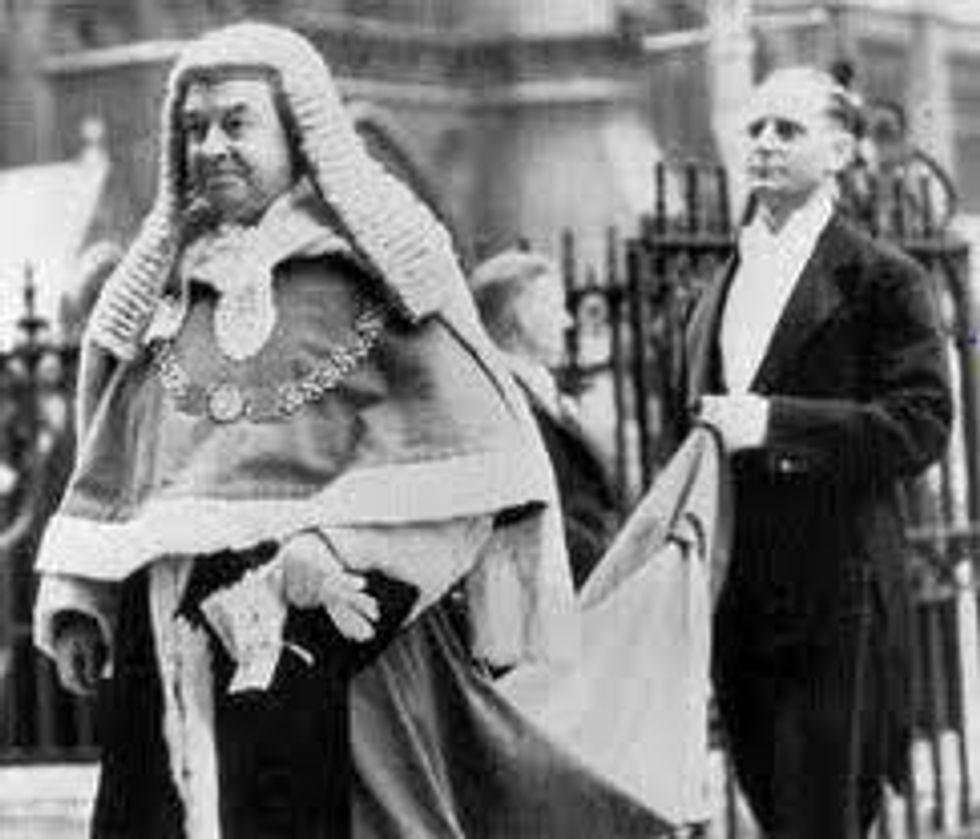 Good morrow, gentles! Verily, have you Heard the News? A Reagan-appointed Fifth Circuit Judge has handed out homework to a government lawyer, because he is so mad that Obama never passed Con Law.Marburby v. Madison! NYT v. Sullivan! Lemon v. Kurtzman! THREE PRONGS! Did NoObAma cheat on that too? Is his Harvard Law degree a forgery perpetrated by his known-forger illegal drunk-driving uncle? Has Joe Arpaio looked into that yet? PROBABLY! See, Obama declined to be on his oratorical game for one second once yesterday, and said that it would be "unprecedented" for the Supreme Court to overturn a law passed by a strong, democratically elected majority, and then everyone fainted because he had "threatened" the Supreme Court with politics, by mentioning them. And then this wackadoo judge interrupted the government lawyer in a fucking NOTHER Affordable Care Act case, a DIFFERENT one, this one heard by the 5th Circuit Court of Appeals, and was all SHUT YER TRAP AND LISTEN MISSY, AND TURN ME IN THREE SINGLE-SPACED PAGES BY THURSDAY and he wasn't even kidding.

So then Bamz was all, oh hey guys, what I meant to say was, um, CBS?

Mr. Obama suggested he meant that it would be "unprecedented" in the modern era for the Court to rule the law exceeded Congress' power to regulate an economic issue like health care.

SO you could see why he didn't say that in the first place, because it's way more boring.

What should President Terrible have said? Oh, just this:

John Marshall has made his decision. Now let him enforce it.