Wells Fargo Apologizing For All The Fraud By Killing Customer Lawsuits 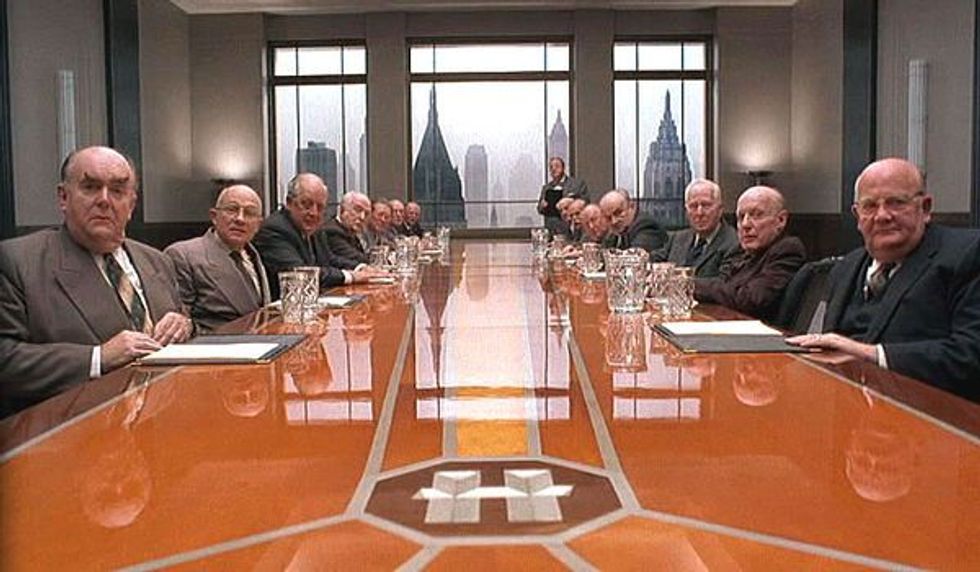 Wells Fargo SO regrets that its terrible local bankers stole from its customers by setting up unauthorized accounts for them, replete with all those yummy fees. The old CEO is sorry. The new CEO is sorry. Everyone is fucking sorry. Now it's time to make things right and, in the words of malevolent CEO Tim Sloan fulfill Wells Fargo's “immediate and highest priority...to restore trust in Wells Fargo.”

That's right. Wells Fargo is using the boilerplate "mandatory arbitration" clauses contained in the terms of customers' legitimate accounts and applying them to claims related to the bogus accounts fraudulently set up in their names. And judges are buying it!

The bank has sought to kill lawsuits that its customers have filed over the creation of as many as two million sham accounts by moving the cases into private arbitration — a secretive legal process that often favors corporations.

As we chronicled, there are numerous reasons why most Corporate People prefer binding arbitration to resolve their little contretemps. The most practical reason is the onerous burden put on an individual customer to pursue a relatively low amount of damages in front of an arbitrator hand-picked by the company. In these proceedings, the customer is always right like five percent of the time.

Sen. Sherrod Brown (D-OH), introduced a bill that would prevent Wells Fargo from forcibly invoking arbitration procedure in these fraud cases, and we're sure there will be a TON of bipartisan support to get this through. You bet. Or maybe Peter Thiel will save the day by bankrolling the legal fees of these wronged Americans.

Oh my god, the airlines. Probably the only entity consistently treating White People like shit. (Try flying while Muslim, whites!) In a fun new innovation, United Airlines will now charge for overhead bin use. Specifically, a new option called "Basic Economy" will shame discount fliers by banning these ticket-holders from using overhead compartments. Thus, you'll have to pay to check your bag, pay more for your ticket, or wear all four layers of clothes while you travel.

Never fear, air travelers. This shafting won't be cleared for takeoff if the Democrats' Minority Leader has anything to say about it. And he's got a lot to say about it.

Sen. Chuck Schumer (D-New York City) says this proposed fare increase is one of the most restrictive policies airline passengers have seen in a long time. (We'll refer Chuck to the "brown people on a plane" archives.)

The overhead bin is one of the last sacred conveniences of air travel and the fact that United Airlines - and potentially others - plan to take that convenience away unless you pay up is really troubling," said Schumer. "

Every bin is sacred, says the New York populist. But the rights to access justice when a MegaBank fraudulently rips you off remains an unrealistic luxury. Senator, you can always co-sponsor Sherrod's Brown bill (which he hadn't as of Friday). Gotta stay focused on the big issues, though.