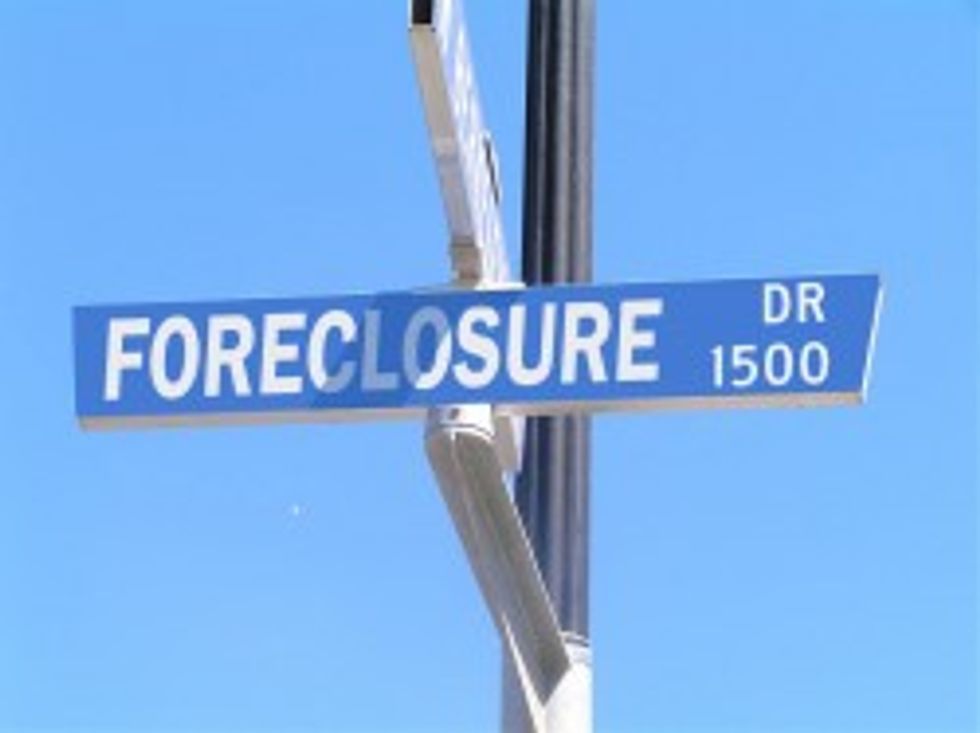 Remember that nice couplewe told you about last week — the Tjosaas family, whose home in Twenty-Nine Palms was “accidentally” foreclosed upon by Wells Fargo even though the couple didn’t even have a mortgage? Turns out: this was the SECOND TIME that Wells Fargo had “accidentally” foreclosed on that house by mistake, but it's cool because Wells Fargo remains "deeply sorry" about both "unfortunate situations." The good news is that the Tjosaas family can now "accidentally" rob a Wells Fargo bank of their choice (twice) and issue a statement that they are "deeply sorry about this unfortunate situation" and then all will be forgiven. Ha! Ha! Ha! This, of course, is not true -- Incorporated Americans are somehow not people when they are committing crimes, but non-Incorporated Americans are always people.

Tom Goyda, vice president of corporate communications for Wells Fargo Home Mortgage, told ABC News … the [first foreclosure] error on [June 1] was made when a contractor mistakenly went to the Tjosaas house instead of the correct house.

Let us pause here to note that the correct house was ten acres away. We are cityfolk and don't really know how big an acre is, but ten acres sounds pretty far.

"We are deeply sorry for the very personal losses the Tjosaas family suffered as a result of their home being mistakenly secured and entered by a contractor hired to address a different nearby property," the company said in a statement. "We moved quickly and have been in contact with the Tjosaas family to resolve this unfortunate situation and right this wrong."

Yes indeed! They moved quickly to resolved the unfortunate situation, and then hired another contractor who did the same thing over Labor Day weekend, only this time, they had taken an antique American flag and were possibly squatting on the property, having wild parties with electric blankets, bongs, and stolen food.

Tjosaas said not only had contractors cleared their belongings and those of her husband's late parents from the home, but it had appeared as though someone had been living in the home once the contractors had broken the locks. While the summer weather can surpass 100 degrees, an electric blanket was plugged in, indicating someone had been there during the evenings, she said. "They had taken the food," she said. "And there were bottles of beer and bongs."

“We are deeply sorry for the very personal losses the Tjosaas family suffered as a result of their home being mistakenly secured,” said [Wells Fargo spokesman] Alfredo Padilla. “We are moving quickly to reach out to the family to resolve this unfortunate situation in an attempt to right this wrong.”