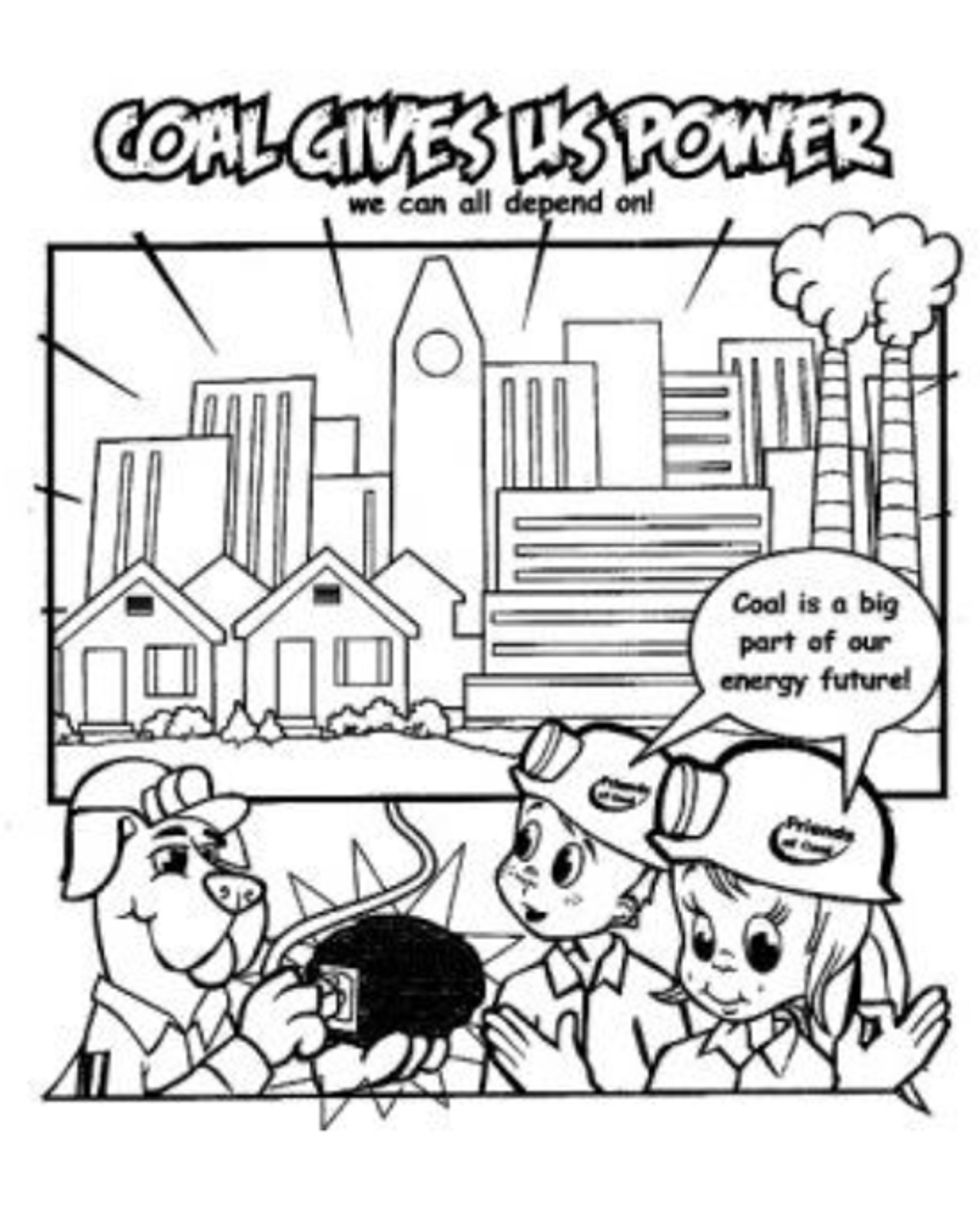 [Update: Sanity prevailed. See end of post] So here is some not-yet-the-worst-news news: After getting caught rewriting the state's science education standards to include misinformation on climate change, the West Virginia Board of Education now says it will reconsider the changes. Members of the board who made the changes insisted they had not been influenced by the state's coal industry, as they wiped soot off their hands and kicked a filthy gray towel under the couch.

Last month, the board proudly announced that it was introducing the "Next Generation Science Standards," a multi-state effort to improve science education nationwide. But apparently, some members of the board thought that the pointy-headed intellectuals who developed the standards were a bit too ideologically biased in the direction of what most scientists agree on and that it wouldn't hurt to nudge the standards just a bit in the direction of pseudoscience, which would be OK because it still has "science" in it. West Virginia is the second state we know of to back away from the Next Generation standards out of concern for the poor oppressed coal industry; the other, Wyoming, dropped the standards altogether rather than pretending they'd adopted them.

The changes were made without any input from the West Virginia Science Teachers Association, which had been involved in the earlier stages of adopting the science standards, but was not consulted about the final, last-minute changes.

Among other changes introduced by board member L. Wade Linger Jr., the board took a section that asked students to discuss "evidence of the factors that have caused the rise in global temperatures over the past century" and added "and fall" after "rise," because Mr. Linger is pretty sure the climate has really been all over the place in the last century:

He said he had called for the inclusion of “and fall” because satellite data shows temperatures going up and down. “We shouldn’t be having a standard that implies there’s just a steady rise in temperature, as opposed to what the data shows, which is the temperature rises and falls all the time.”

Mr. Linger is obviously A Idiot who thinks that weather and climate are the same thing, and so, just for him, we shall once again share the video of Neil de Grasse Tyson and his dog on the beach:

If Mr. Linger has any data showing a 100-year trend of cooling, he's welcome to share it, of course. Otherwise, he needs to take a walk.

[contextly_sidebar id="wrzdEp2IiOjwm8jZ1HFH1TUwm88AvjiS"]Of the changes, Linger explained the board simply wanted to fix the obviously wrong science in the standards so they'd be less "political."

“We simply added some balance, to get the politics out of it,” he said. “Adding balance to the classroom is a good thing, not a bad thing.”

Besides, Linger knows from science, and don't you try to tell him otherwise. No "I'm not a scientist" from him -- he actually is a science guy, thanks to the Interwebs:

Mr. Linger, who is a technology entrepreneur, said he had come to his conclusions about warming after doing research on the Internet and comparing data from satellites, weather balloons and ground sensors over time.

In December, Linger explained to The Charleston Gazette that science was just moving too fast for his taste:

“We’re on this global warming binge going on here,” Linger said. “... We need to look at all the theories about it rather than just the human changes in greenhouse gases.”

After all, if it's debated on the internet, shouldn't kids have the chance to learn that, and not just what the peer-reviewed "experts" think?

Another state Board of Education member, Tom Campbell, agreed with Linger that science education shouldn't venture into "unproven theories" but should instead "stick to the facts." Yr Wonkette wants to give a big wet kiss to Charleston Gazette reporter Ryan Quinn for following that observation with this paragraph:

Asked to explain why he thought the standards for teaching climate science needed adjustment, Campbell was at least honest about where he gets his science:

“West Virginia coal in particular has been taking on unfair negativity from certain groups.” He also noted the coal industry provides much money to the state’s education system.

“I would prefer that the outlook should be ‘How do we mine it more safely and burn it more cleanly?” Campbell said. “But I think some people just want to do away with it completely.”

For his part, Mr. Linger denies any connection to the coal industry -- he just wants kids to hear all sides. We'll give the last word to Amy Hessl, a geography professor at West Virginia University, who explains exactly why Linger's position is just plain bad science:

Mr. Linger’s arguments, she said, were “exactly what the problem is with regard to teaching our students.” Students “need to have the understanding, and the ability, to discuss these things in an intelligent way,” she added.

Ms. Hessl said she was unimpressed with the argument that the changes in the curriculum introduced balance, which she compared to “bringing someone into the classroom who says smoking is actually good for your health.”

But why shouldn't they do that? After all, there really are scientists who say that. Doesn't West Virginia grow tobacco, too?

Update: After this story ran on January 14, the West Virginia Board of Education voted to reject the anti-science revisions and to adopt the Next Generation science standards without Wade Linger's alterations. We are not implying a causal link.