What Did Wingnuts Hate Before Obama? FDR, and the Russians! 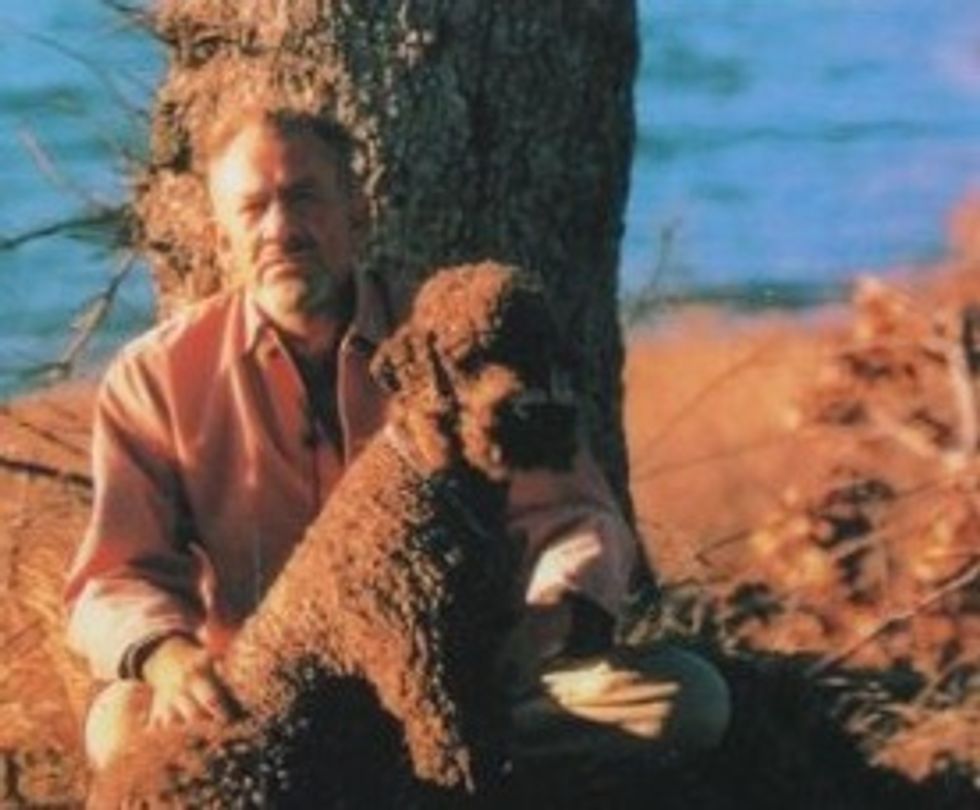 Your editor was just reading (re-reading, actually) John Steinbeck's humorous snapshot of America in 1960,Travels With Charley. When your editor's lunch (beer) was done, the bookmark was placed between pages 110 and 111 of the Penguin "Steinbeck Centennial Edition," about how simple folk needed their two things to hate.

On these pages is a conversation between the author and a shopkeeper in a small Minnesota town, the conversation stimulated by Steinbeck's wondering why everybody seemed to have no particular opinion about anything, or at least no particular opinion they were willing to share with a passing stranger. Steinbeck asked the shopkeeper what "channel" the frustrated people would use, for their simmering rage about basically everything.

"Well sir," he said, "we've got a murder now and then, or we can read about them. Then we've got the World Series. You can raise a wind any time over the Pirates or the Yankees, but I guess the best of all is we've got the Russians."

"Oh, sure! Hardly a day goes by somebody doesn't take a belt at the Russians."

I asked, "Anybody know an Russians around here?"

And now he went all out and laughed. "Course not. that's why they're valuable. Nobody can find fault with you if you take out after the Russians."

"You think then we might be using the Russians as an outlet for something else, for other thing."

"I didn't think that at all, sir, but I bet I'm going to. Why, I remember when people took everything out on Mr. Roosevelt. Andy Larsen got red in the face about Roosevelt one time when his hens got the croup. Yes, sir," he said with growing enthusiasm, "those Russians got quite a load to carry. Man has a fight with his wife, he belts the Russians .... Know what I'm going to do? Next time Andy Larsen come in red in the face, I'm going to see if the Russians are bothering his hens. It was a great loss to Andy when Mr. Roosevelt died."

At least a man who raises hens is doing something useful. Try raising chickens, teabaggers! Then you can, uhh, hand out tasty farm-fresh eggs, to protest this president for being half-negro.

By the end of this book, your editor recalls, the humor is done and there are quite a few people willing to yell their opinions, at crying little schoolgirls, because John Steinbeck is in the South during the desegregation battles. At some point, shouldn't all these people have died, of old age? Where is the supply of 45-year-old racist rednecks coming from? Is there a factory somewhere? Sure, their numbers are in steep -- and one hopes, permanent -- decline, but the fact is, somewhere, beer-bellied 45-year-old illiterates with considerable opinions about "our rights" are being newly minted.

Travels With Charley [The Atlantic]