What Do Ladies Want, If They Even Know? A Debate By Two Republican Gentlemen 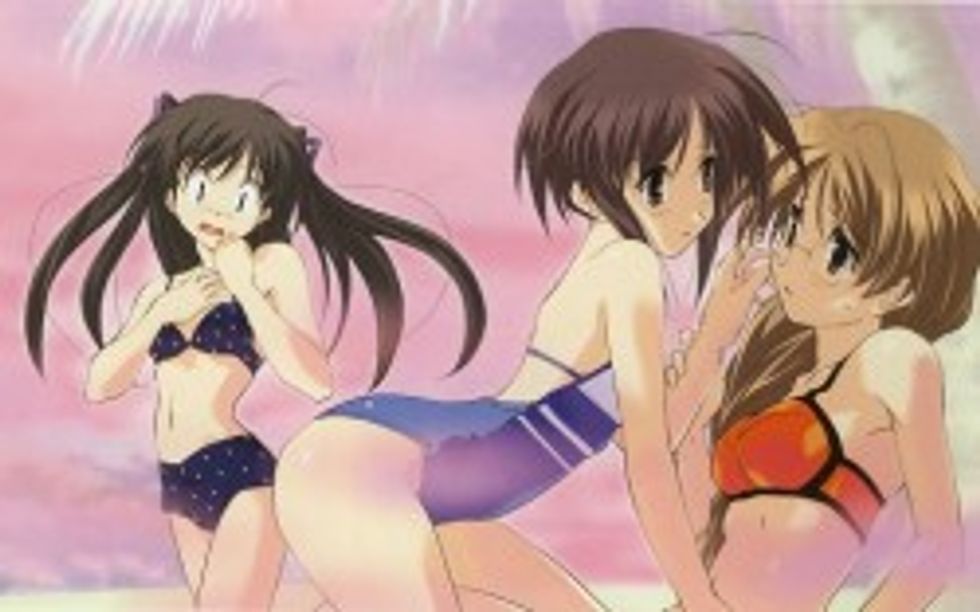 Nebraska and Oklahoma: Two neighboring states that proudly embrace their independent pioneer heritage, their rival university f'ball teams with silly names, and their domination by agribusiness interests -- they are like power bottoms for Archer Daniels Midland! Both states also share a near-complete stranglehold on state politics by the GOP. (Oh sure, Nebraska'sweirdass unicameral legislature is officially nonpartisan, but they aren't fooling anybody.) And yet, even though they spring from the same rich prairie soil, not all legislators in the two states are cut from the same cloth or march to the same drummer! And we're not just whistling "Dixie!"

Submitted for your approval: Oklahoma can boast that it is home to State Rep. Doug Cox,

who, following up on his brush with Wonket fame, recently published an op-ed in which he wonders just why the modern GOP is home to so many people who think women are exotic alien beings from a small planet somewhere in the vicinity of Betelgeuse. People like State Sen.* Bill Kintner (R-Nebraska), who answered a newspaper questionnaire by saying that his "biggest mystery" is women, because who knows what they're about? And so, Yr. Wonket proudly presents a Prairie State Debate between Sen. Kintner, our newest nominee for our coveted Legislative Shitmuffin of the Year Award, and Rep. Cox, a human being.

Rep. Cox: As a practicing physician (who never has or will perform an abortion), I deal with the real world. In the real world, 15- and 16-year-olds get pregnant...And in the world I work and live in, an unplanned pregnancy can throw up a real roadblock on a woman's path to escaping the shackles of poverty.

Yet I cannot convince my Republican colleagues that one of the best ways to eliminate abortions is to ensure access to contraception.

Sen. Kintner: My parents taught me the moral absolutes of Christianity, and I just applied those to everything. They didn't tell me I had to be pro-life. They gave me the belief system that I used.

They gave me very solid common sense about life and how you treat people. About honesty. Live on a budget. Old-fashioned stuff.

Rep Cox: What happened to the Republican Party that I joined? The party where conservative presidential candidate Barry Goldwater felt women should have the right to control their own destiny? The party where President Ronald Reagan said a poor person showing up in the emergency room deserved needed treatment regardless of ability to pay? What happened to the Republican Party that felt government should not overregulate people until (as we say in Oklahoma) “you have walked a mile in their moccasins”?

Rep. Cox: Is my thinking too clouded by my experiences in the real world? Experiences like having a preacher, in the privacy of an exam room say, “Doc, you have heard me preach against abortion but now my 15-year-old daughter is pregnant, where can I send her?” Or maybe it was that 17-year-old foreign exchange student who said, “I really made a mistake last night. Can you prescribe a morning-after pill for me? If I return to my home country pregnant, life as I know it will be over.”

What happened to the Republican Party that felt that the government has no business being in an exam room, standing between me and my patient? Where did the party go that felt some decisions in a woman's life should be made not by legislators and government, but rather by the women, her conscience, her doctor and her God?

Sen. Kintner: In our household, we have a separation of powers. The legislative is downstairs and the executive is upstairs. We don't talk about what she does on her side and what I do on my side. There's no sharing of inside information.

Yr Wonkette predicts that recall petitions against Rep. Cox will be filed within the week.

*We were vaguely aware of Nebraska's unicameral legislature, but we did not know that all its members are called "senators." Wonkette: It's Edumacational!

[JounalStar.com via Rawstory / NewsOK.com via ThinkProgress]