What Do You Want To Do Today, Keith Ablow? Try To Take Over The World! 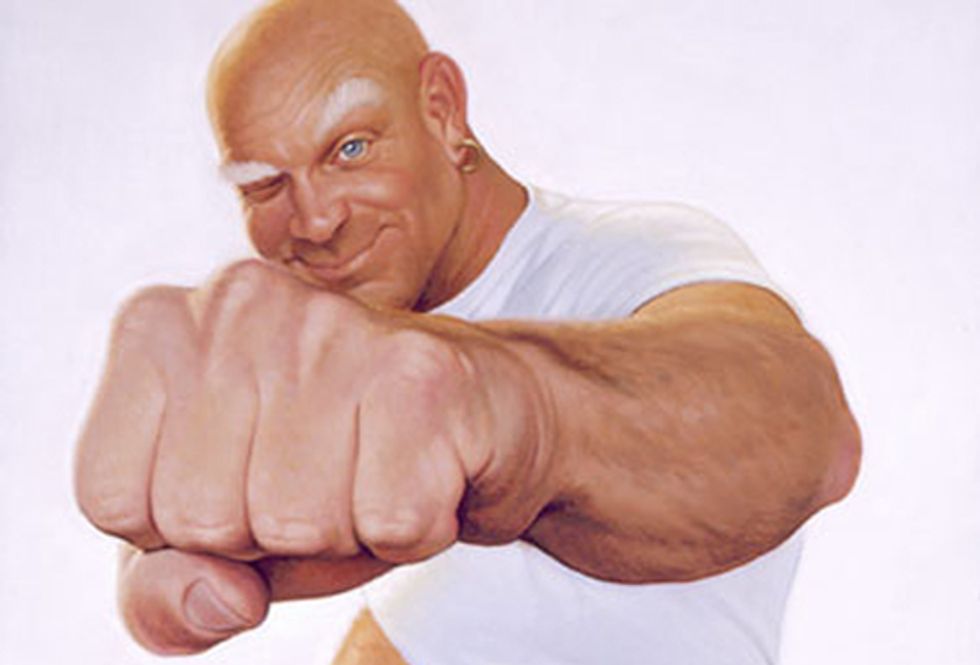 We have read through this new column by walking foreskin Dr. Keith Ablow about four times now in the hope that we will reach a point where it does not make us want to smash our own face with a tack hammer. Sadly, we have failed. So sorry, face!

What is the World’s Worst “Psychiatrist” writing about today? Oh not much, just that we need some sort of “American Jihad” that would force our Constitution and our traditional American values on all the other nations of the world because American government and values are the best, and everyone else is a rotting worm carcass to be scraped off the bottom of our shoe.

Sounds great, and we can’t imagine why the other 190 or so nations on the planet would have a problem with this. Tell us more about how you plan to turn every American into a jingoistic, totalitarian asshole who would work toward forcing our values on the planet’s other 6 billion people.

We would not only allow, but teach, Americans — including American children — to internalize and project their justifiable feelings of pride in our democracy as superior to all other forms of government…And we would embrace the certain knowledge that history will eventually spread our values all over the globe.

Say, you know who else…Nah, too easy.

The column goes on to urge a great American project to basically blackmail other countries into making their charters reflect our Constitution by threatening to withhold aid if they don’t. For those nations that for some reason resist our awesomeness, Ablow suggests we double the budgets of the CIA and Special Forces and fund an “international mercenary force for good,” presumably because such groups are great for peacefully cajoling other people to do what we want.

Ablow also suggests encouraging our own leaders, after they finish up terms in our own Congress, to seek dual citizenship in other nations and have America fund their runs for office in those places so they can influence those countries to make their own charters more like our Constitution. We’re sure nations like France and Italy will appreciate that. On the other hand, those nations would be taking members of our own Congress off our hands, which frankly is the best thing we’ve heard all day. Maybe this one part is not a totally bad idea.

Because no Ablow column is complete without slamming President Obama for something, he also tells us that “an American jihad would turn back and topple the terrible self-loathing in our citizens set in motion by President Obama.” Yeah, we remember what a jolly bunch of fascist rah-rah cheerleaders right out of a Heinlein novel the entire American population was before November of 2008. Thanks, Obama.

As a bonus, check out this video of Ablow expounding on his column to the human-shaped nullities who spend every morning sitting on the couch on Fox & Friends. We’re particularly fond of the moment at the end when Not-Doocy tries to wrap things up by saying, “All right Dr. Keith, you have some views that definitely need to be discussed,” to which we can only respond NO HE DOES NOT, NOT-DOOCY. THERE IS NOTHING ABOUT THIS IDIOCY THAT ANYONE SHOULD EVER ENTERTAIN, EVEN EMPTY-HEADED SACKS OF FAILURE LIKE YOU AND THE BLONDE LADY DU JOUR AND DOOCY. EVEN YOU THREE SHOULD LAUGH KEITH ABLOW RIGHT OFF THE AIR.

In a better world, someone would have long ago tossed a butterfly net over Ablow, wrapped a straitjacket so tightly around him that it dislocated both his shoulders, and tossed him in a padded room to spend the rest of his life alternating between talking to the voices in his head and sitting perfectly still, drooling and catatonic and lost in a Thorazine coma. Unfortunately we do not live in that better world, we live in this one.

Now if you’ll excuse us, there is a tack hammer out there with our name all over it.