What If Bill O'Reilly Had Better Examples Of What Abraham Lincoln Would Or Would Not Do? 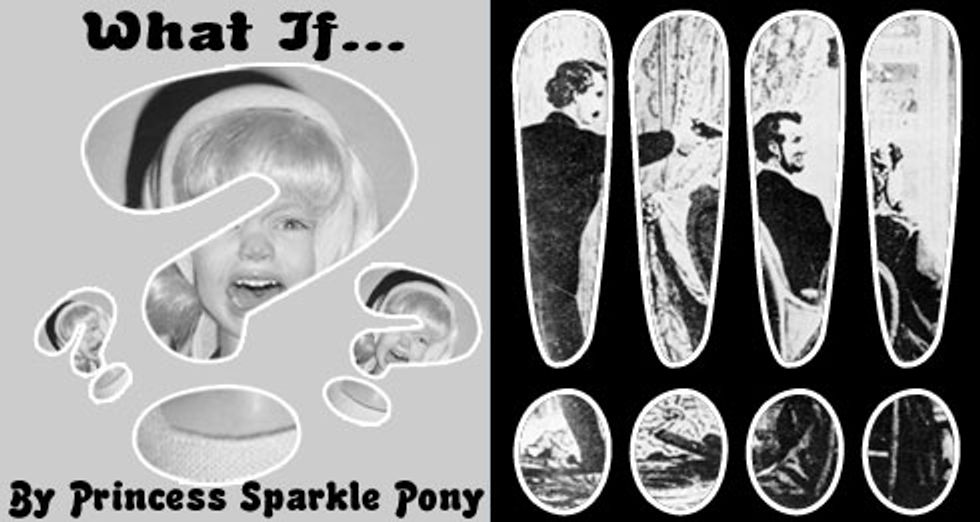 Watch out, because noted presidential scholar Bill "Falafel" O'Reilly has gazed upon Barack Obama and, hark unto his words, found him wanting, especially when compared to reputed Republican Abraham Lincoln, who never EVER would have cheapened his office by being fake interviewed by a portly Greek comedian. Yes, yes, "You didn't build that" has officially morphed into "Abe wouldn't do that." Fun! Let's play along!

Funny how easy it is to tell when an idea is running out of steam, isn't it?

My point is, I suppose, that there's simply no end to what Abraham Lincoln would or wouldn't do, for freedom, for America, for the Wonkette comma, for great justice!

Next time: What If Paul Ryan Blew A Dog Whistle So Loudly That Everybody, Not Just Dogs, Could Hear It?