What If MORE Republicans Were Replaced By Robots? 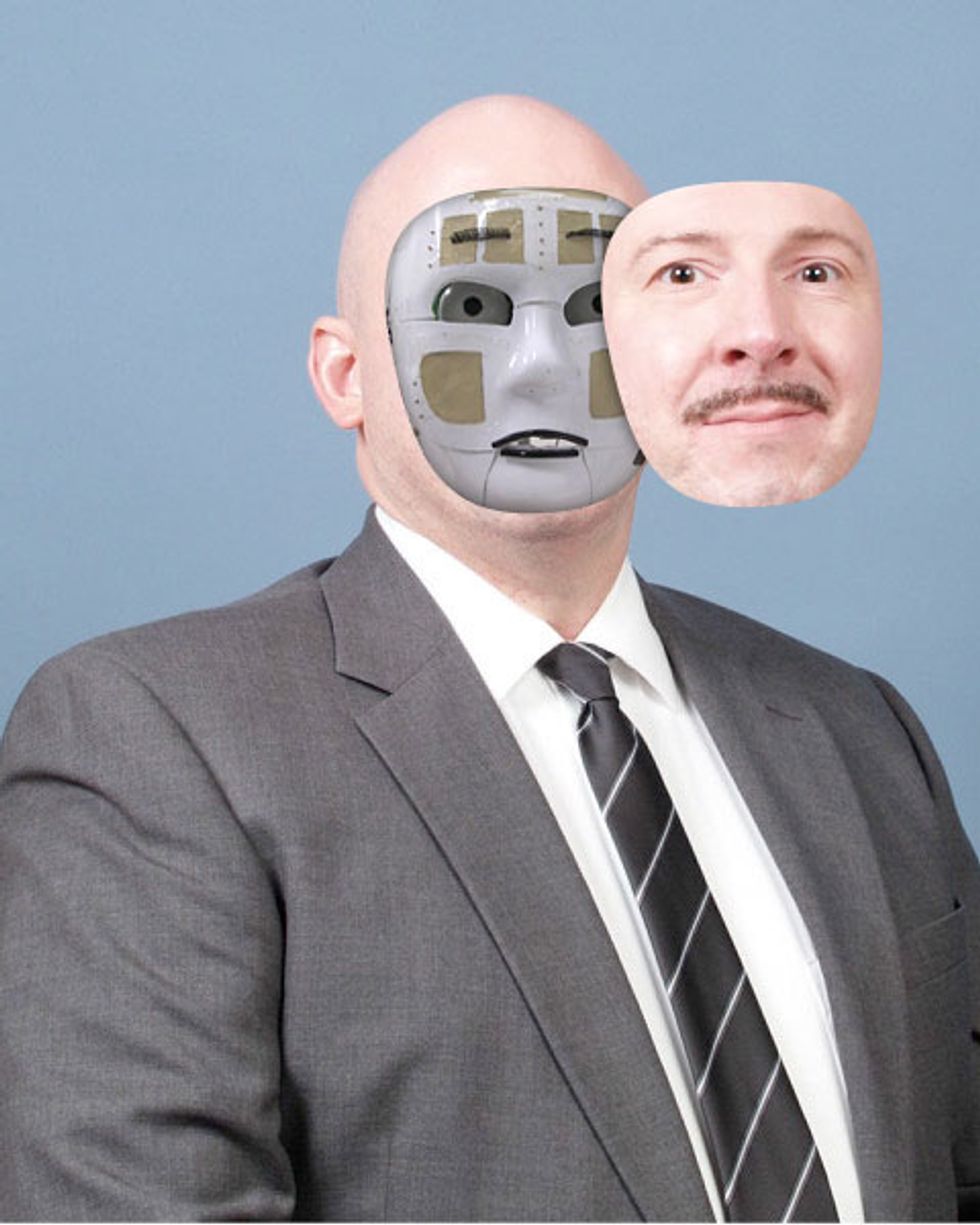 We sure got a kick last week out of Timothy Ray Murray, the totally reasonable Oklahoma Republican whose primary opponent, dastardly Frank Lucas, stole the election by dying and cleverly having himself replaced by an android. That's a new one! Actually, no, that's not really a new one, as anybody who has read Philip K. Dick knows. GOP simulacra? Heck, I've been writing about the labor-saving, Disneytronic Condibot for years! "We know that it is possible to use look alike artificial or manmade replacements," Murray calmly avers on his OUTSTANDING website, "however Rep. Lucas was not eligible to serve as a Congressional Member after that time." But Mr. Murray! There's nothing in The Constitution™ that says that! If the android were thirty and "born" in the USA, heck, the sky's the limit!

And so what if Rep. Frank Lucas is a replicant? Club for Growth and the Koch Brothers are probably meeting as we speak: "We can make them faster, stronger... gaffe-proof!" Sounding better and better guys, amiright? But would it really be an advantage? I'm thinking there would be ups and downs (controlled by pneumatic servos). Join me after the jump to explore this important topic!

As for the inspiration for this column, Mr. Timothy Ray Murray, I did find this:

Oh, I could go on forever on this one. Your turn.

Love, Princess Sparkle Pony. Follow me (or a convincingly lifelike substitution for me) on the Twitters!