artisanal icebundt cakeshow we live nowif you do what you love you never work a day in your lifejobspt cakes we likeyou gotta workz. swan dale

What If We All Got To 'Follow Our Bliss'? 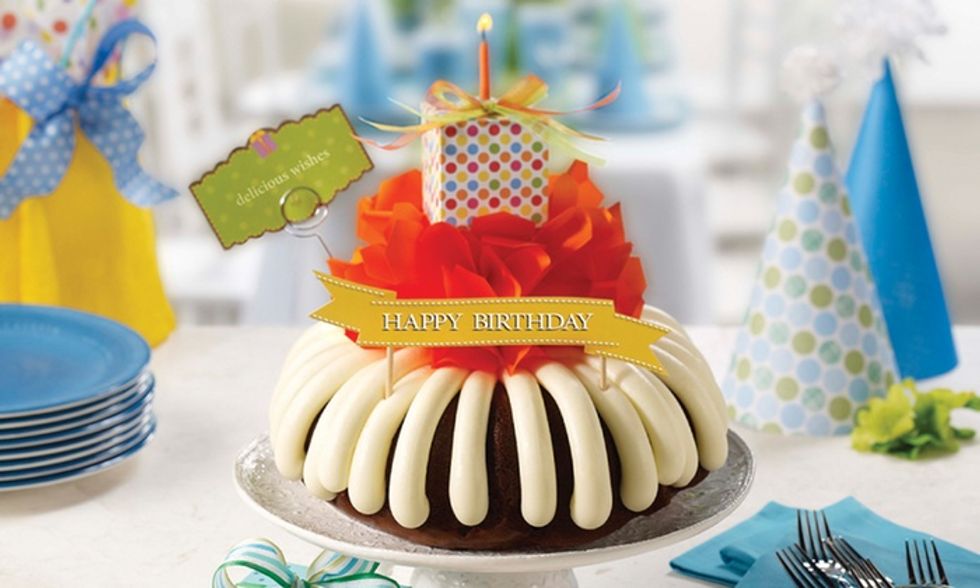 First, I learned of the existence of a store that sells only Bundt cakes. Correction: I learned of the existence of a chain of stores that sells only Bundt cakes. This revelation occurred at a formal, catered affair so instead of engaging in premium liquor fueled shenanigans, I spent from the gnocchi course through dessert interrogating other guests about this store. Did you know? Most people did know of this establishment. Is the cake even good? The cake was universally described as tasty but neither because of nor in spite of its Bundt form cause duh, THAT’S NOT HOW CAKE WORKS! Does this mean that we’ve been abandoned by God? Keep reading.

Perhaps you’re getting the hint that I’m not a fan of nonsense, even if it’s lucrative. You gotta problem with that? Maybe it’s because you have your own ingenious disruption to I dunno, the dictionary or gravity? Great! But here’s the thing -- some of us, namely the not rich and/or not White of us, often don’t have the luxury of indulging our whims, be they ridiculous, profitable or both. We’re too busy working jobs we might not even like in order to afford rent, medicine, and designer clothing. That leaves little time to pursue our for real dream of writing a definitive history of the Klingon Empire. Focusing our best energy on trying to stay free, stay sane, and stay alive when it feels like the world prefers us shackled, sunken, or dead means our ingenious ideas for say marrying deliciousness with organization don’t rise to the level of lucrative.

But if we were able to center our lives around our wildest dreams, I think it’d look a little something like this:

Charade Ox, a DJ who scours community center dumpsters for Toastmaster meeting recordings, facilitates non-discriminatory treatment in professional settings. Using a blend of realistic expectations, focused mentoring, and heritage hops from Belgium, Charade creates a heady brew in which all workers achieve professional fulfillment and equal pay. Off the clock, Charade sells Y-easys, a winking homage to Yeezys. Y-easys are not tangible objects that exist in our time and space but the idea of them can be purchased on Charade’s website OXcidentprone.com.

Echo Hoopla, a DJ who remixes episodes of Are You Being Served? so that they become episodes of Keeping Up Appearances ensures bespoke interpersonal collisions that don’t rely on stereotypes. Echo encourages followers to appreciate individuals as unique human beings rather than checklists of outdated characterizations. Echo is also a gourmand! As executive chef of Pot Damn! Echo cooks thousands of pounds of greens a week to source artisanal pot liquor in three flavors: Classic (ham hock), Bougie (smoked turkey), and You Went to a White School (vegan).

This post is meant as hyperbolic comedic commentary. Z. Swan welcomes cakes and ice in all their respective shapes and sizes.

Wonkette is independent, ad-free, and bringing you silliness on a Saturday. You click too to let us live our DJ dreams!