hofstra university debate humbling at hofstra is lester holt a democrat? no lester holt mark halperin morning joe pt picture of rasputin and a beard down to his knees should journalists say if a candidate is lying? should moderators say if a debater is lying? what is a lie? what is factchecking?

What Is A Lie? A Philosophical Search For Epistemological Truth Starring This Trump Campaign Idiot 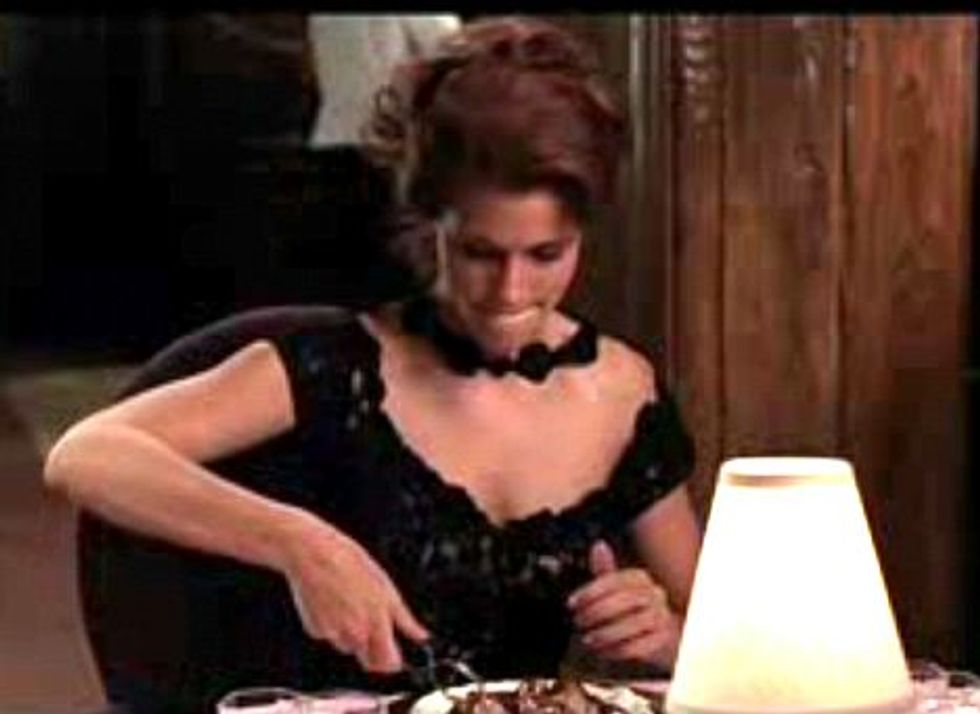 In today's edition of "Lies. Do They Exist?" we have Donald Trump campaign manager Kellyanne Conway and her "Morning Joe" filibuster on the meanings of truth and beauty, beauty and truth, and is it ever possible to ascertain a "fact," like "is this debate moderator guy Lester Holt a Democrat?" (No. And also "no.")

Of course we all already know the answer to the Kantian Question -- what can I know? -- and that is that you cannot ever know a transcendental truth, because perception is reality (phenomena vs. noumena). And yet Kellyanne Conway does not attempt to argue that because something seems true, it therefore is. She does this whole other thing instead.

One day after Politico said that Hillary Clinton's using as fact Donald Trump's estimation of his own wealth was an example of Hillary Clinton lying, and in the midst of one campaign -- just one! -- saying to presidential debate moderators "please do not tell the American people when we are lying," we have Kellyanne Conway explaining Donald Trump could never lie, because you have to know a thing to lie about it.

Here, it's this whole thing, and it goes on forever:

.@KellyannePolls: Trump 'didn't lie' about Lester Holt, 'a lie would mean that he knew the man's party registration' https://t.co/dZWTCwpoim

First, Mark Halperin does this thing where he does a live interview, while all the other Morning Joes watch? Is that a regular feature? I do not know, I do not watch them. Anyway, Mark Halperin is interviewing Conway one on one, trying really pretty valiantly to pin her down on "is it okay for Donald Trump to just call people Democrats all the time, when that is obviously hate speech?"

Just kidding, Halperin was like "okay, but calling debate moderator Lester Holt, registered Republican, a Democrat, is a lie, isn't this a lie?" And Conway is like "ALLLLLL THE WORDS IN THE UNIVERSE ARE SWIRLING AROUND YOUR HEAD RIGHT NOW! ZAZZLE! DORMA! PHROAG!" And then she explains that Donald Trump would have had to know he was spouting bullshit for it to count for a "lie," and Halperin even tries to pin her down further from there! He is like "maybe he should not make assertions of fact if he doesn't even know?

But here is Kellyanne Conway:

And that is how they have worked the refs, and the head of the Commission on Presidential Debates has said OF COURSE moderators shouldn't "fact-check" the candidates, why, remember when Candy Crowley made the earth-shattering decision to agree with Barack Obama that saying "No act of terror will shake our resolve; today we mourn four in Benghazi" was actually citing "terrorist acts"? (It was a thing. The Republicans and Mitt Romney were insisting Barack Obama would not use the words "terror" and "terrorism" about terrorism, so when he did, they had to parse it talmudically and say he was only using it "metaphorically," so it didn't count. It was fucking stupid -- as was Politifact desperately, bothsidesery, trying to insist Mitt Romney was somehow not blatantly flat-out wrong but "half-right." And my god, my god, we are still litigating this.)

What we are trying to get at here is this is really going to bum out Donald Trump when Hillary Clinton isn't called on all her LIES (of accepting Donald Trump's estimate of his wealth at face value, and using it to suss out what his estate tax tax break would be under his own plan).