What Is This 'Empathy' Word, And Why Does It Make Barack Obama Hitler? 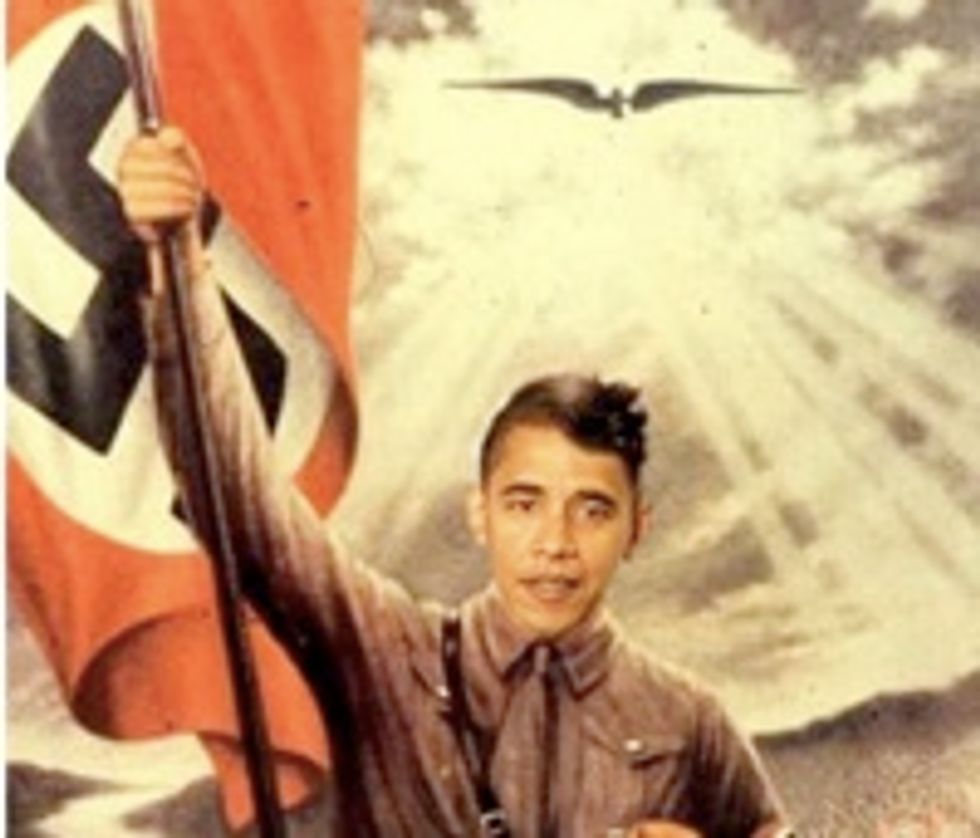 This is where we are with the Republican party right now: Barack Obama could appoint Ronald motherfucking Reagan and eight of his perfect clones to run the entire Supreme Court, and the right wing politicians and pundits would stand in firm opposition to this illegal Puerto Rican socialist community organizer Nazi faggot activist "Hollywood actor" and throw teabags at his grave. This nomination process is already hilarious, and we have several more months of it. Remember last week when Obama said he wanted "empathy" as a characteristic for his Supreme Court nominee, and how that word went over on the right, as soon as they dictionary.com'd it? They're still going on about that, with two arguments: (1) even after dictionary.com-ing it, they still don't know what it means and so it's an evil liberal word, and (2) Hitler.

Give credit to Sen. Jeff Sessions, ok? Guy doesn't know what this queer three-syllable fake Harvard nonsense means -- sounds like an expensive-like word, dunnit? -- and he'll just say that in an interview, because all Republicans care about is the rule of law and enforcing the law and not giving everyone welfare from the bench.

Q: When you hear President Obama talk about nominating someone to the court who has empathy and real-world experience, do you understand what he means?

Sessions: I don't know what he means. And it's dangerous, because I don't know what empathy means. So I'm one judge and I have empathy for you and not this party, and so I'm going to rule for the one I have empathy with? So what if the guy doesn't like your haircut, or for some reason doesn't like you, is he now free to rule one way or the other based on likes, predilections, politics, personal values?

Well, Democrats? Should a judge rule against someone if the judge doesn't like that person's hair cut? Try answering that one with your dumb "empathy" super power lasers.

MEANWHILE at the National Review, Thomas Sowell doesn't waste any time analyzing the results of his dictionary.com search.

That President Obama has made “empathy” with certain groups one of his criteria for choosing a Supreme Court nominee is a dangerous sign of how much farther the Supreme Court may be pushed away from the rule of law and toward even more arbitrary judicial edicts to advance the agenda of the Left and set it in legal concrete, immune from the democratic process.

Barack Obama solves this contradiction, as he solves so many other problems, with rhetoric. If you believe in the rule of law, he will say the words “rule of law.” And if you are willing to buy it, he will keep on selling it.

Those people who just accept soothing words from politicians they like are gambling with the future of a nation. If you were German, would you be in favor of a law “to relieve the distress of the German people and nation”? That was the law that gave Hitler dictatorial power.

He was just another German chancellor at the time. He was not elected on a platform of war, dictatorship, or genocide. He got the power to do those things because of a law “to relieve the distress of the German people.”

When you buy words, you had better know what you are buying.

...Can we just get a nominee first?