What To Drink While Bill Nye, Science Guy, 'Debates' This Creationist Doofus Back To The Stone Age Tonight 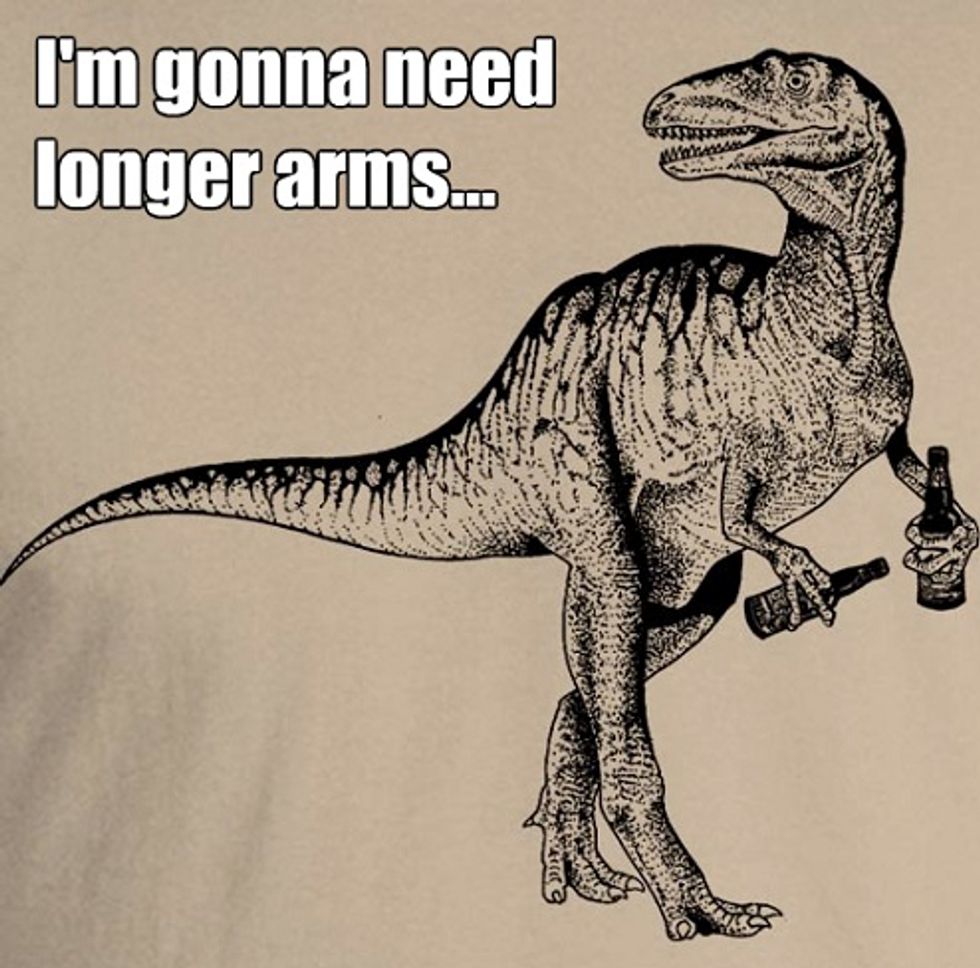 The long-awaited "debate" betweenSecular Inquisitionist Bill Nye and Creationist Grifter Ken Ham is set for 7 p.m. Eastern tonight at Kentucky's Creation Museum, and will be livestreamed at a couple of locations, including a Cincinnati teevee station and the YouTubes. In general, we are not particularly in favor of scientists "debating" creationists, because science is not a matter of argument or rhetoric or of winning the most votes, it is a matter of doing science. Also, since creationists reject the scientific method altogether, it's not even a debate where the participants are talking about the same thing. Richard Dawkins lays out the reasons why such debates are a bad idea, and we pretty much agree.

On the other hand, there is the indisputable fact that Bill Nye rocks. So we're definitely going to watch anyway. So get a big tray of spicy Archaeopteryx-descended wings and enjoy the spectacle with a selection of your favorite forms of ethanol, which you can metabolize because of evolution. -- Don't forget to thank your long-ago apelike ancestors for their acquired taste for fermented fruit on the ground!

Enjoy! You don't want to miss it, because Ken Ham is just the kind of asshole to ask, "Were you there?"

Follow Doktor Zoom on Twitter. He still thinks coming down from the trees was a bad idea.