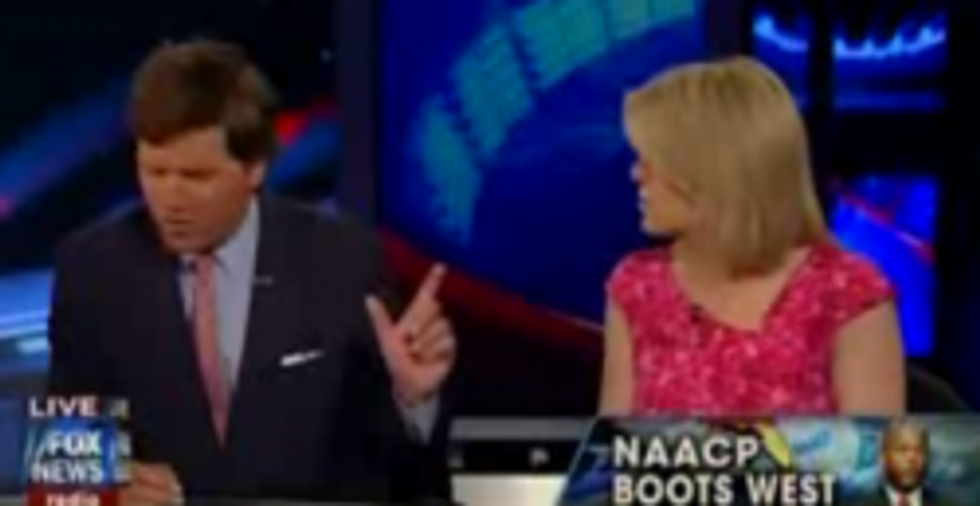 Do you ever get thefeeling that maybe bowtied nancy-boy Tucker Carlson doesn't really likeblackpeople? That's so weird how you would think that. Tucker Carlson should probably get himself an Intelligent Well-Socialized Black to befriend so as to head off suspicions that he is also being a giant racist while he is beating up old queers.

As for Washington’s long-vanished black aristocracy, only a few so much as remember that it ever existed. But those who do remember that aristocracy mourn its disappearance for many reasons: for the schools and churches it maintained, for the once-thriving businesses it created. Perhaps most of all, however, the city’s black aristocrats should be missed for their snobbishness. As E. Franklin Frazier put it in the 1950s, “The old upper class in the Negro community erected an impenetrable barrier between themselves and Negroes who represented the ‘sporting’ and criminal world.” The District’s black upper class was never afraid to draw distinctions between black people—between the criminal and the honest man, the idle and the hardworking, between members of the black aristocracy and those who, through industry and upright behavior, might someday be. Such distinctions could be harsh. But they were vital to the health of Washington’s black community, as in any other community. Just how vital is clear perhaps only in retrospect.

Tucker Carlson has spent a lot of time calling people "professional race baiters" when they are black people who speak about race. Here is what Tucker Carlson had to say on Fox.

"By the way, the NAACP, storied history though it has, is a totally discredited group, and anyone who doesn't think so doesn't know much about the modern NAACP. It represents virtually no one, it's bankrupt literally and morally. It's an absurd fringe group and I don't know why we pay any attention to what they think! We're bullied into it because at one time they were a force for good."