Which Congresscritters Are We Chasing Out Of Town Halls With Pitchforks Today? 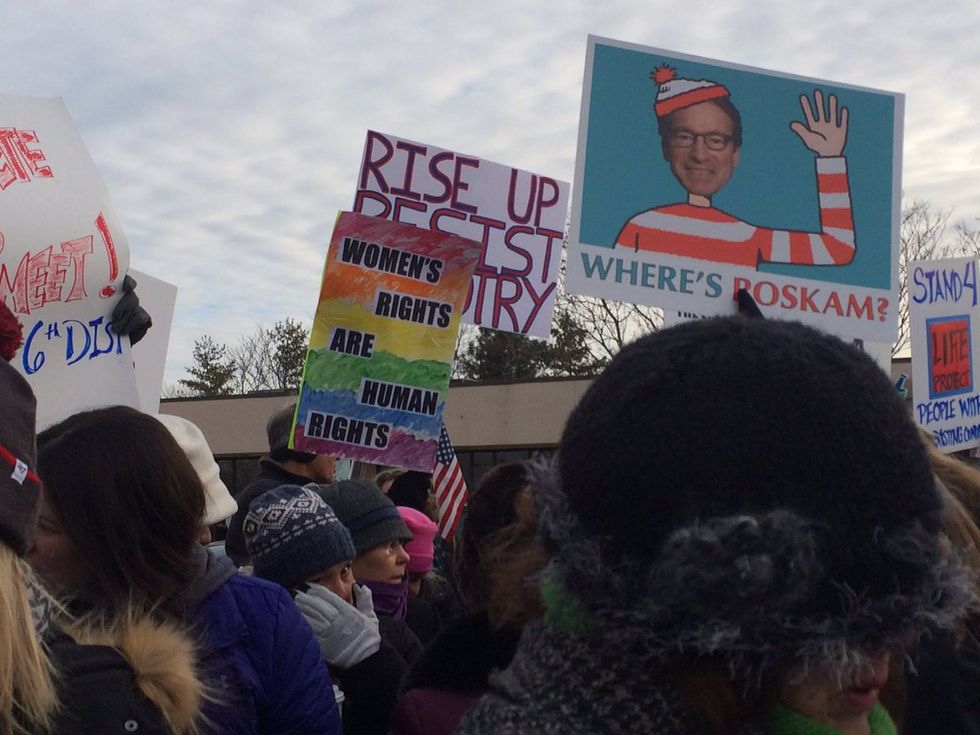 SO MANY AMERICANS showed up this weekend to yell at SO MANY CONGRESSMEN! Let's meet a few!

First up, Tom McClintock, hardline fiscal Republican of California! (Fun facts! He was our state Assemblyman when we were a wee communisty in Thousand Oaks, CA, and we once thought, unaccountably, that he would win the special election that ultimately landed Arnold Schwarzenegger in the governor's mansion. We are VERY BAD at POLITICS!)

Ol' Tom had to be escorted out of his town hall Saturday by the coppers, because of all the ROWDY MIDDLE AGED folk standing outside it, with pitchforks, barrels of tar, and a freshly kilt hen. (They probably didn't have any of those things, but they did in our hearts.)

Second up -- and there were more this weekend, but we are lazy -- was one Peter Roskam, of Illinois, who's been giving constituents the slip for months. NBC has a delightful compendium of RIOT GRRRLS and fun signs, and they've also got this:

Videos posted on social media showed protesters chanting things like "Talk to us" and "Hey Peter, we vote" as well as "Shame on you" as Roskam appeared to leave the meeting. [...]

In a statement, Roskam's spokesperson held the Democratic Congressional Campaign Committee responsible for the demonstration and disputed claims that he was not accessible to his constituents.

"Peter is no stranger to the DCCC," Pasch said. "These national groups are free to come into our community and exercise their first amendment rights, but it's not going to keep him from meeting with constituents. He's focused on representing the people of the western and northwestern suburbs in Washington, D.C., not the other way around."

Well, now, if that's true, it might be time to start donating to the DCCC again, in spite of the fact that I told them literally one hundred times (twice a week for a year) to please only call once a year. DCCC, spend some of that money on an annual call list please!

Oh, and as to the part about the DCCC somehow keeping poor Roskam from meeting with his constituents, we'd say that spokesman has a real future spinning nationally once Kellyanne Conway finally eats her own hands off and goes somewhere to rest.