Which Of These Election-Themed Cabbage Patch Dolls Will Murder You In Your Sleep? 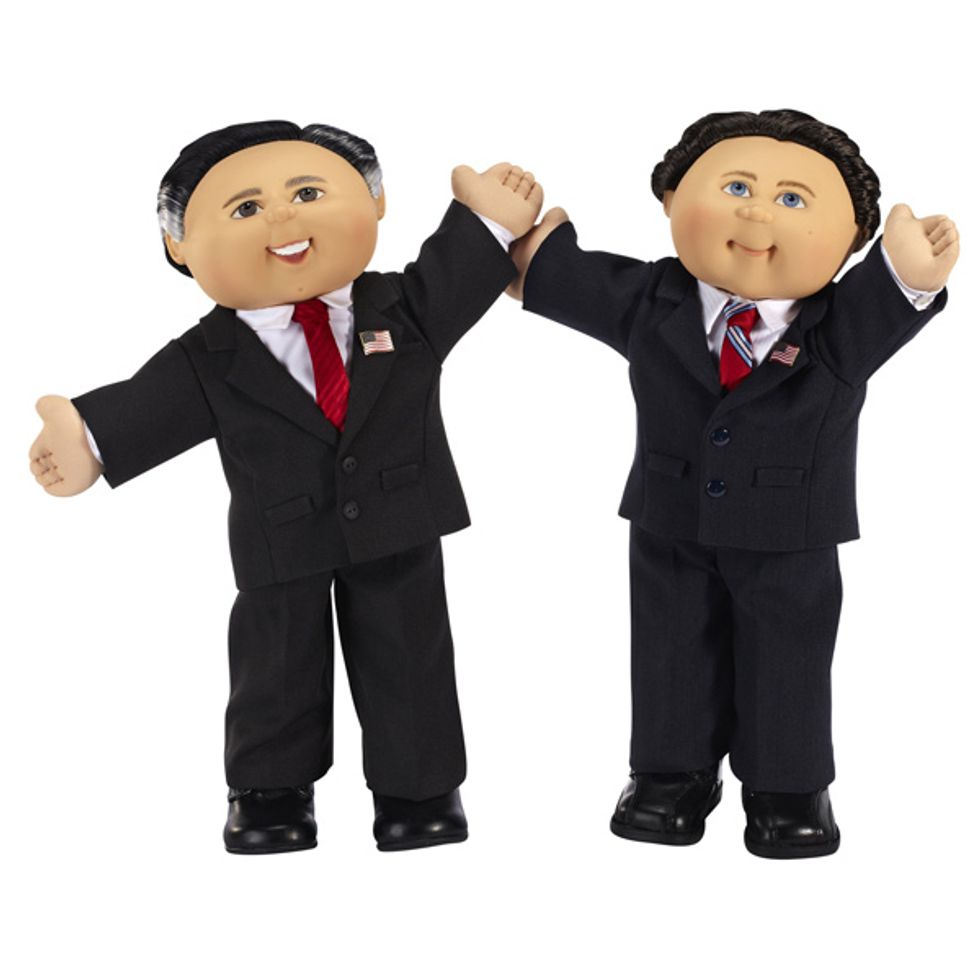 In the dark, swirling mists of the past (the 1980s), there lived a race of people (Americans) who were so fucking stupid they spent hundreds of dollars each on gross butt-faced dolls called "Cabbage Patch Kids." Then people woke up one day and said "This is fucking stupid, we are not spending hundreds of dollars on these 'unique' 'collectible' dolls anymore, because we are not idiots" and went on to invest in Beanie Babies instead, as is much more smarter.

This had the sad effect of making the Cabbage Patch Kid company worth as much as if it had been bought and harvested by Bain, but today brings the shocking news that the company is somehow still in existence, and is proving it by releasing these nightmare terror dolls, which purport to look like our electoral candidates! Behold them after the jump ... IF YOU DARE.

We hope you enjoyed this nightmare collection of election-themed terror. We know we didn't.