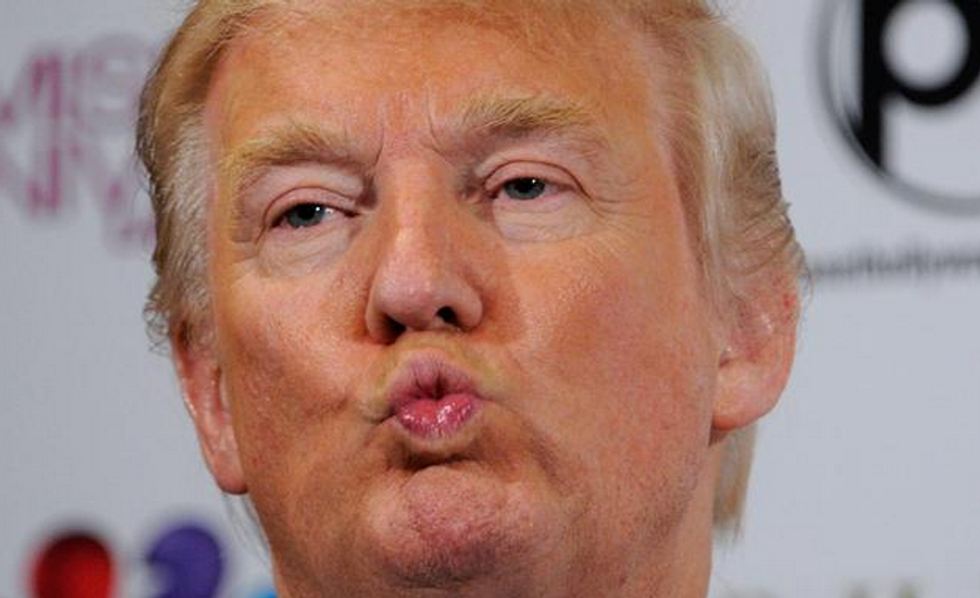 On the heels of threatening to invade Mexico (no, really) and slamming the phone down on the Australian prime minister because it was 5 p.m. and the "president" was "fatigued," comes news that Donald Trump's call to the president of France "did not go well," and also he's yelling at Nordstrom.

Politico, kindly give us the skinny:

If Trump can't start fight with our closest allies, who CAN he start fights with? Wait don't answer that.

President Donald Trump spent much of a recent phone call with French President Francois Hollande veering off into rants about the U.S. getting shaken down by other countries, according to a senior official with knowledge of the call, creating an awkward interaction with a critical U.S. ally.

While the Hollande call on Jan. 28 did touch on pressing matters between the two countries — namely the fight against the Islamic State — Trump also used the exchange to vent about his personal fixations, including his belief that the United States is being taken advantage of by China and by international bodies like NATO, the official said.

At one point, Trump declared that the French can continue protecting NATO, but that the U.S. “wants our money back,” the official said, adding that Trump seemed to be “obsessing over money."

“It was a difficult conversation, because he talks like he’s speaking publicly,” the official said. “It's not the usual way heads of state speak to each other. He speaks with slogans and the conversation was not completely organized.”

The conversation was "not completely organized"? You mean the president of the United States rambles like a nine-year-old popping mom's chocolate diet AIDS? (LOL, remember those chocolate AIDS? That was unfortunate!)

But surely this is all just lies from "Obama people," and there is actually a way different version with alternative facts?

No, *besides* the Russian pee hookers, we mean.

"President Trump reaffirmed the U.S. commitment to NATO and noted the importance of all NATO Allies sharing the burden on defense spending,” the [White House] release read. "The leaders also lauded our combined efforts to eliminate ISIS in Iraq and Syria.”

Oh, we definitely believe that. In the meantime, here is Donald Trump's Twitter this morning. He is yelling at Nordstrom, for reasons. (Did they not let him return a tire he bought in 1968? NO KNOWING, because of how WE'RE NOT LOOKING IT UP.)

My daughter Ivanka has been treated so unfairly by @Nordstrom. She is a great person -- always pushing me to do the right thing! Terrible!