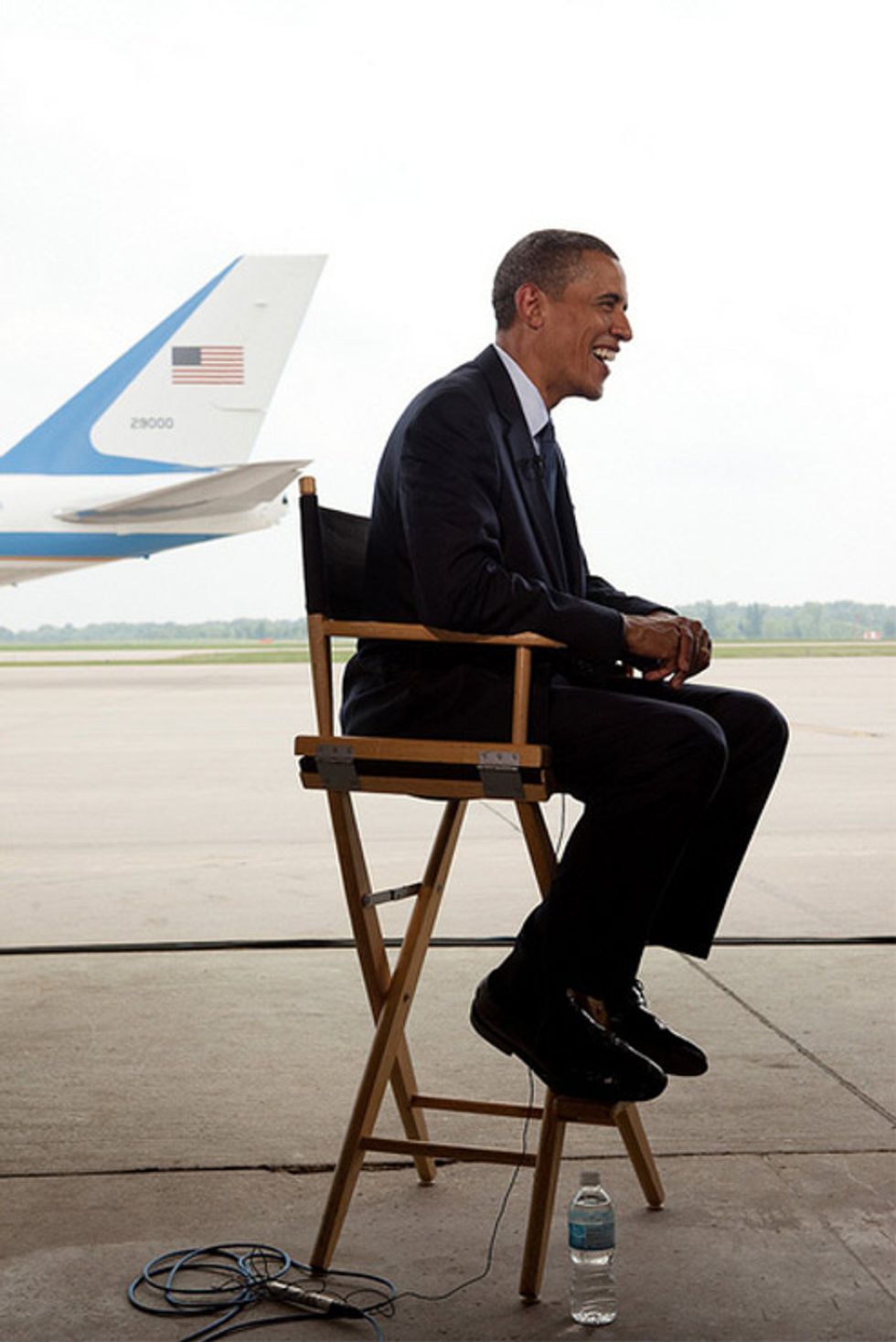 Here is the actual caption to this official White House photograph by Pete Souza: "President Barack Obama is interviewed by Chuck Todd, of NBC News, at Gerald R. Ford International Airport in Grand Rapids, Mich., July 15, 2010." Mmhmm, but we only see one person in this picture and it sure isn't MSNBC poli-nerd Chuck Todd. Oh wait, what's that down there by the chair?

Let's see, let's see .... There's an airplane tail, which wouldn't be referred to as "Chuck Todd" even in the most salacious company. And then there's the mic cord, which only unionized broadcast-tech professionals would ever slur as "Chuck Todd." This leaves only the water bottle standing politely below the President:

Whether it's calling for more offshore oil drilling before trying to ban it all again, calling for religious 9/11 tolerance before saying "Nahh dude we did not mean what we said," or cruelly referring to a crappy little plastic water bottle as respected political analyst Chuck Todd, this White House has less scruples than a common street whore or mortgage derivatives trader. [White House Flickr]